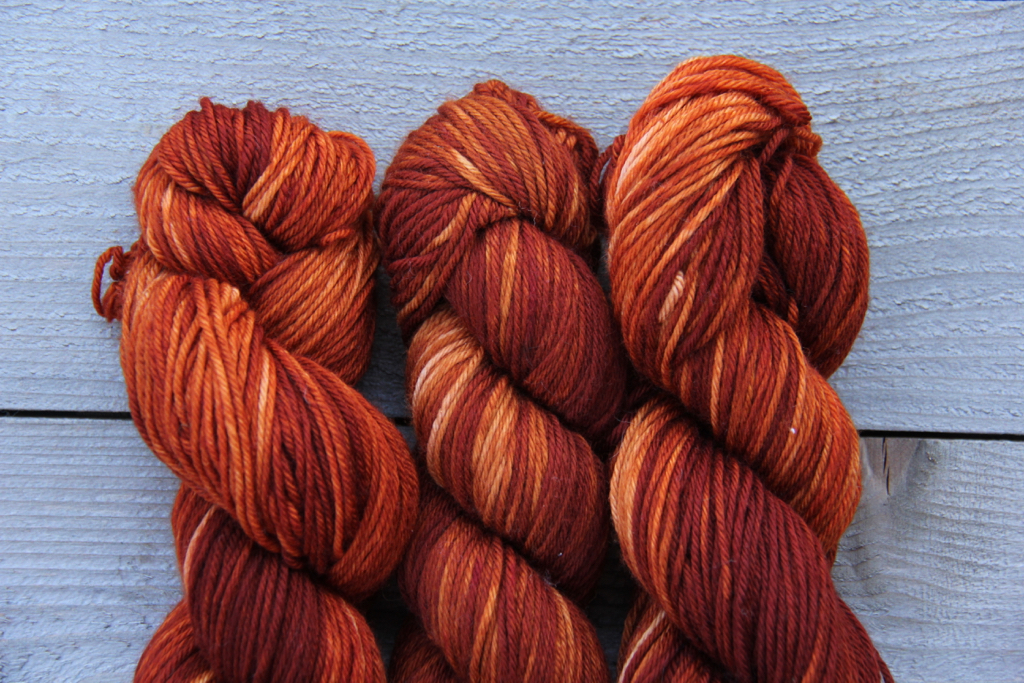 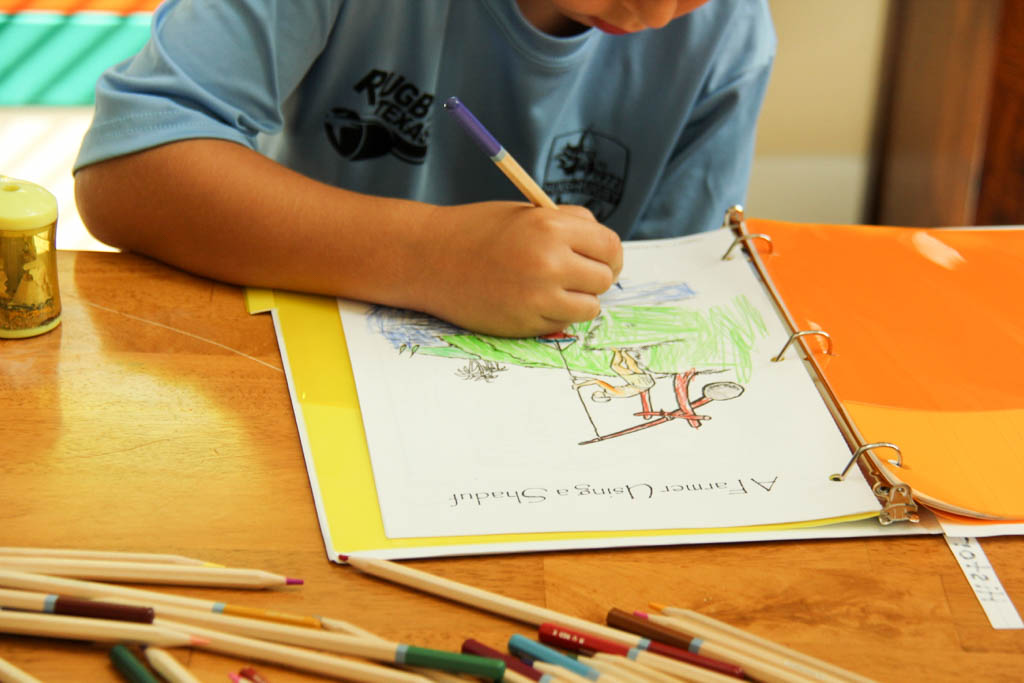 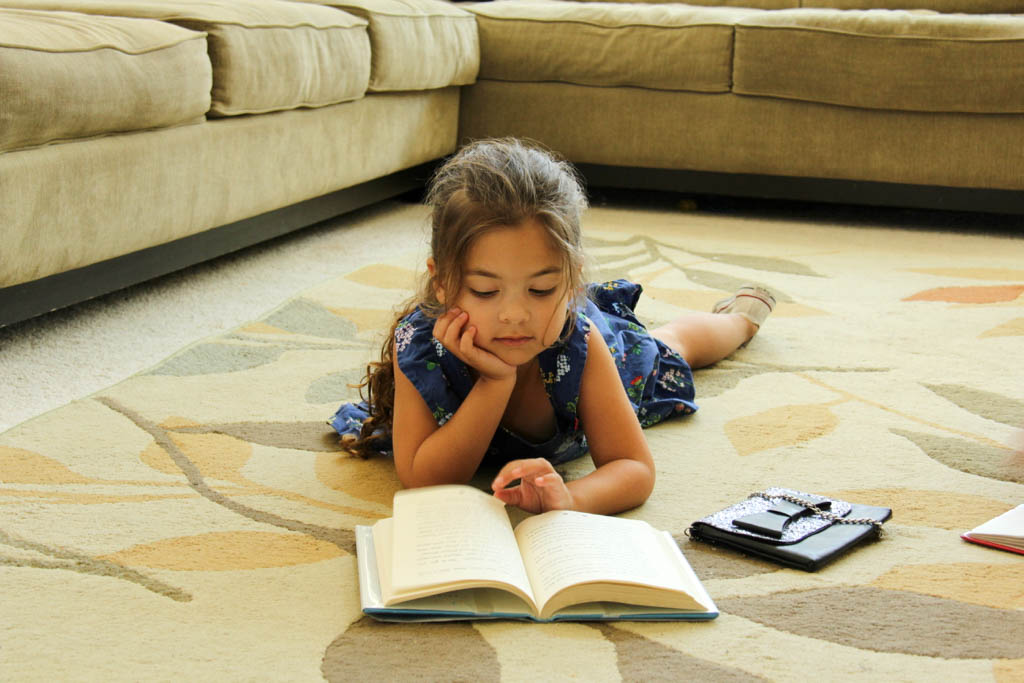 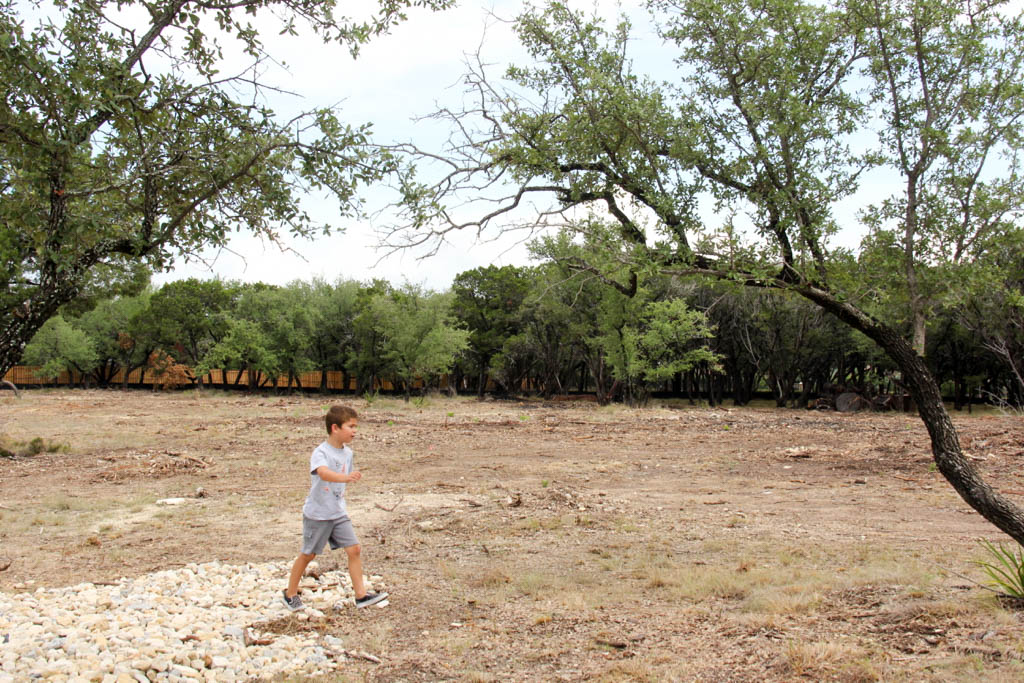 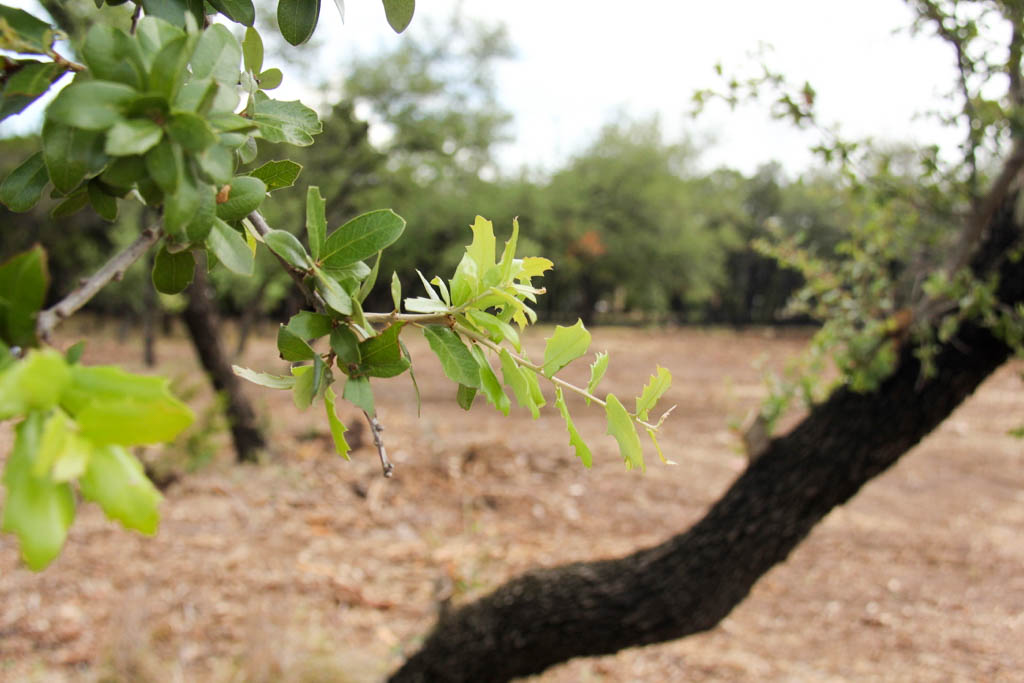 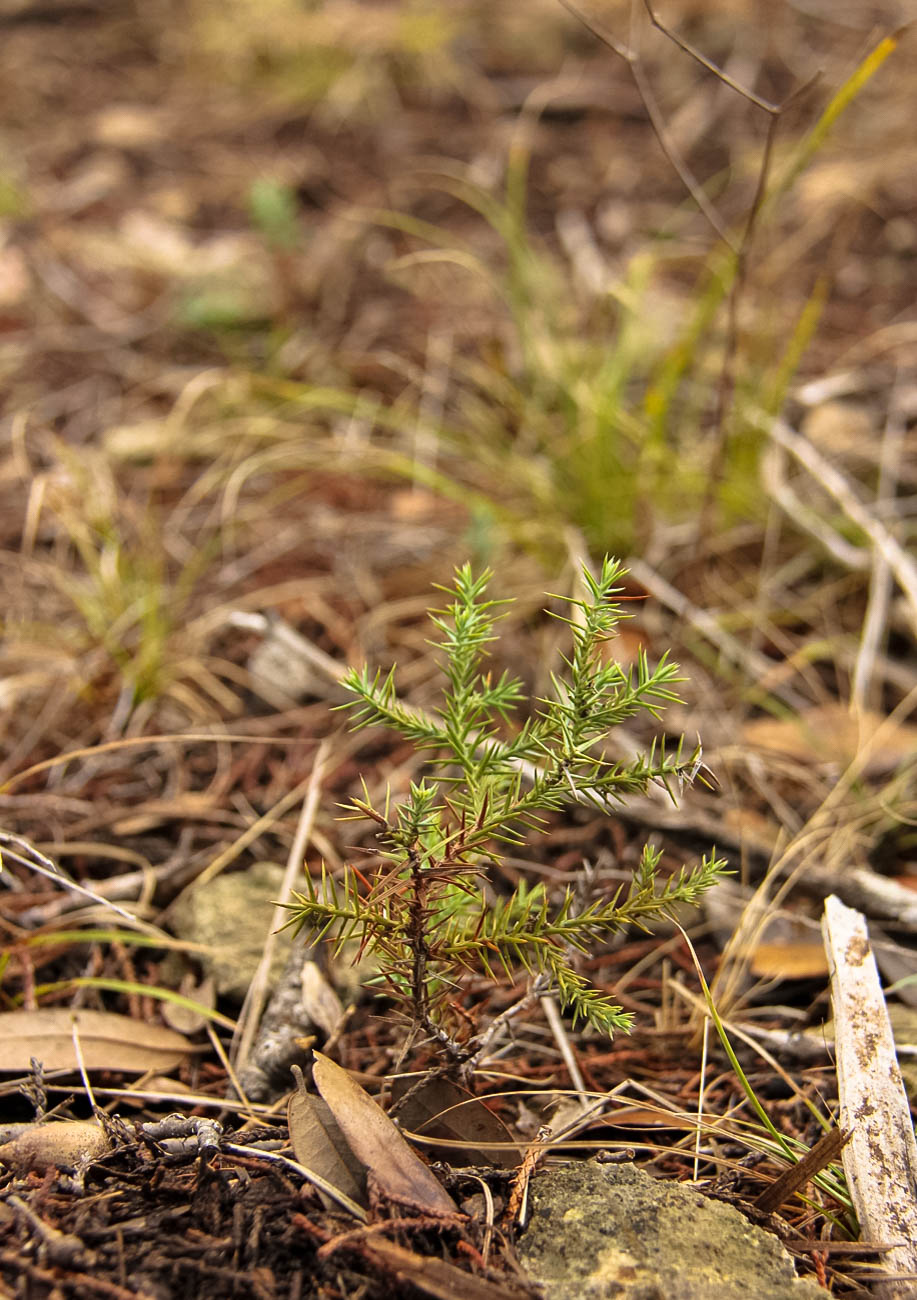 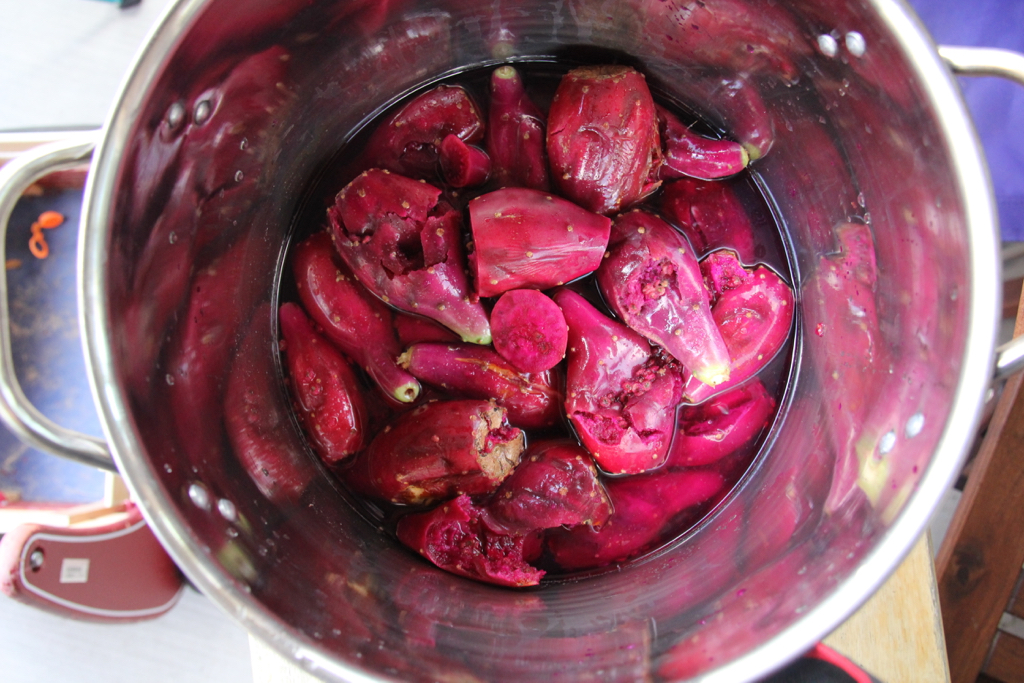 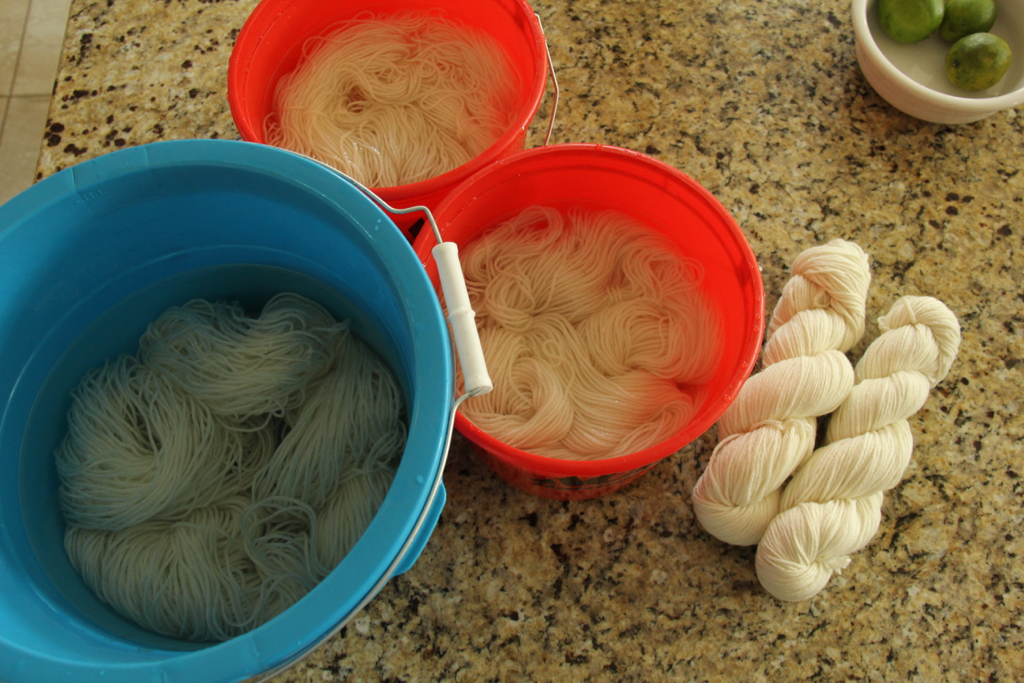 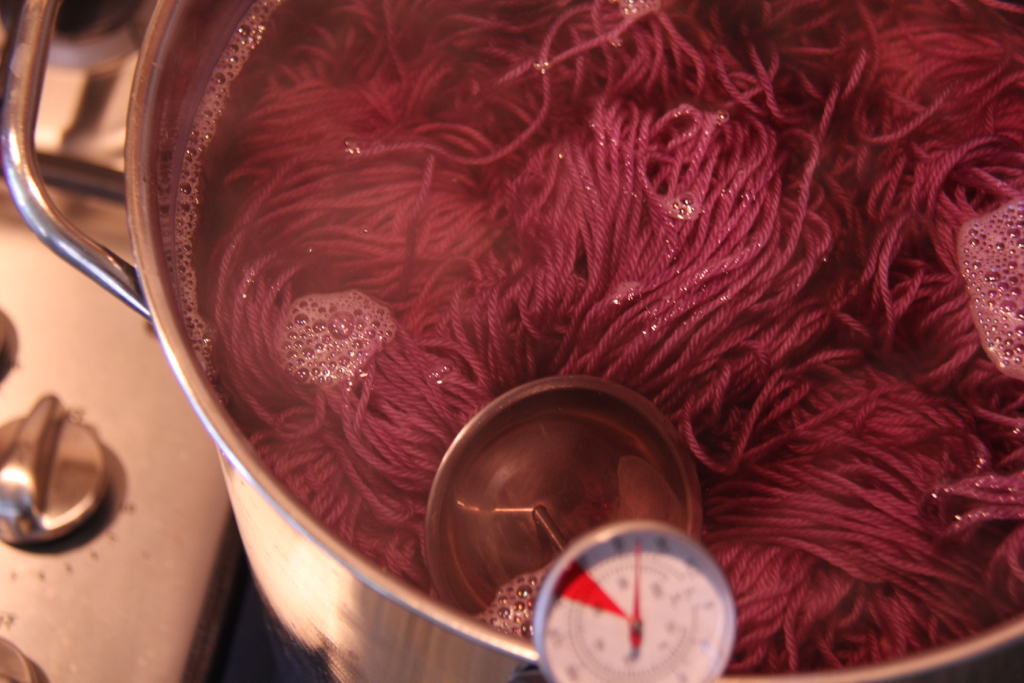 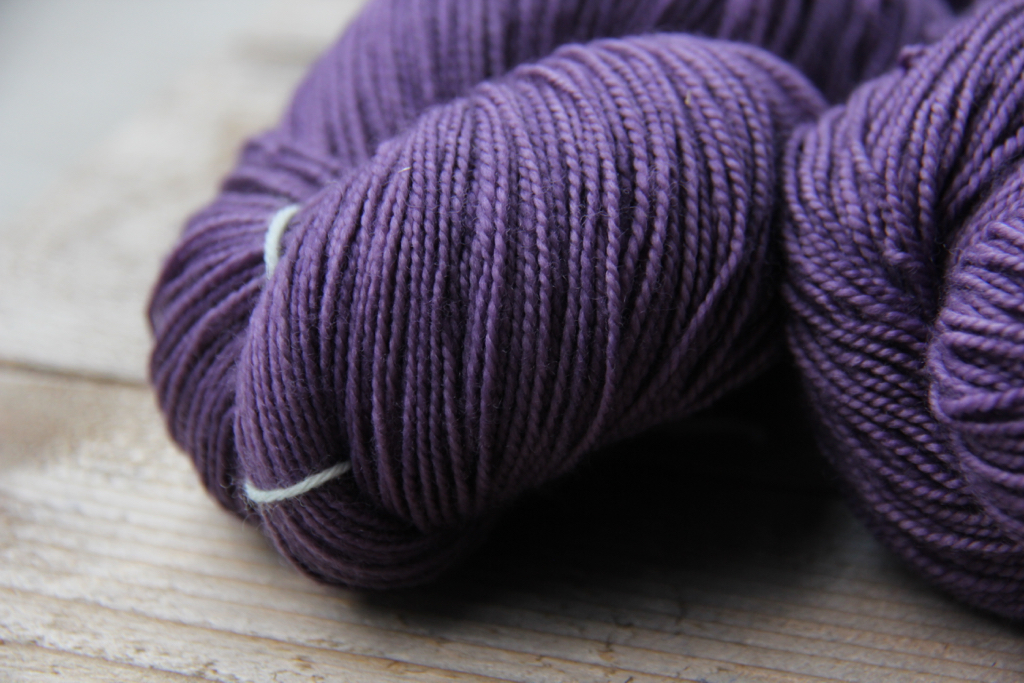 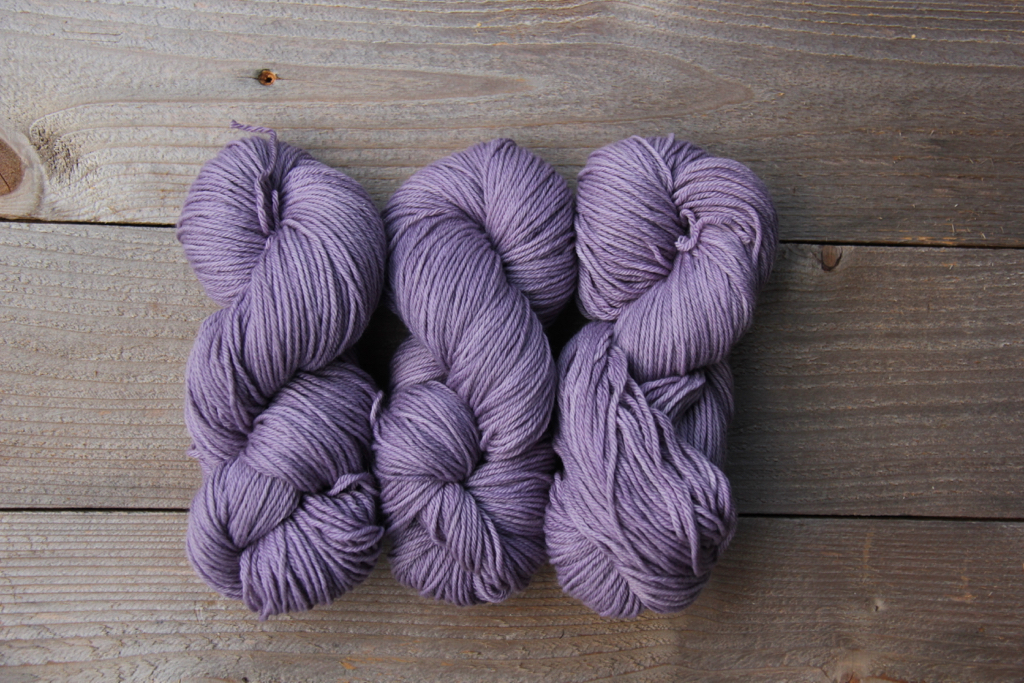 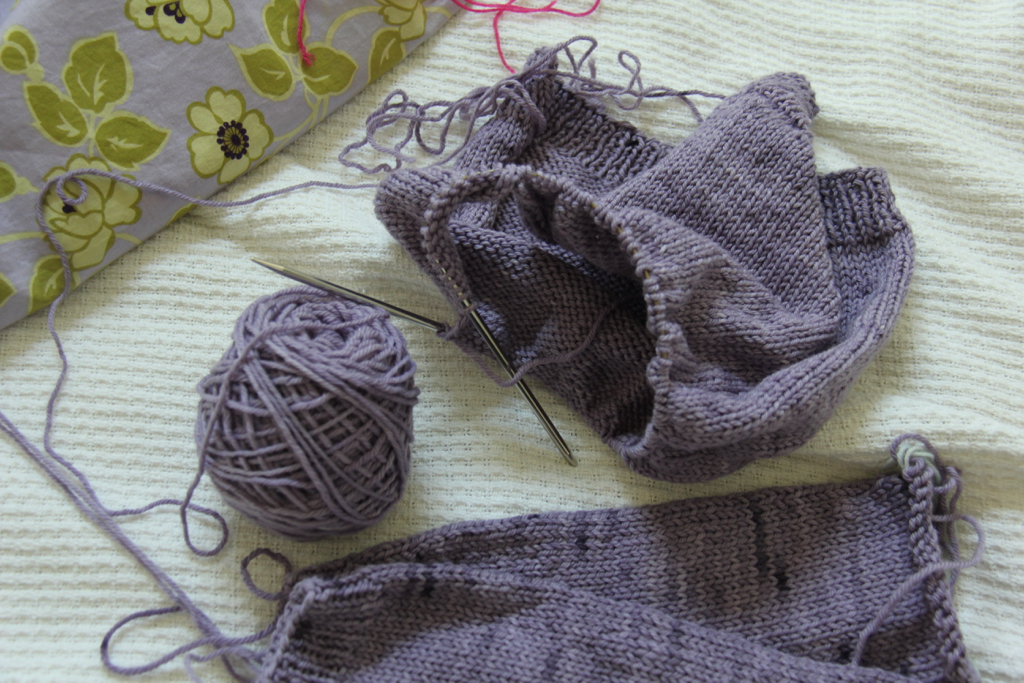 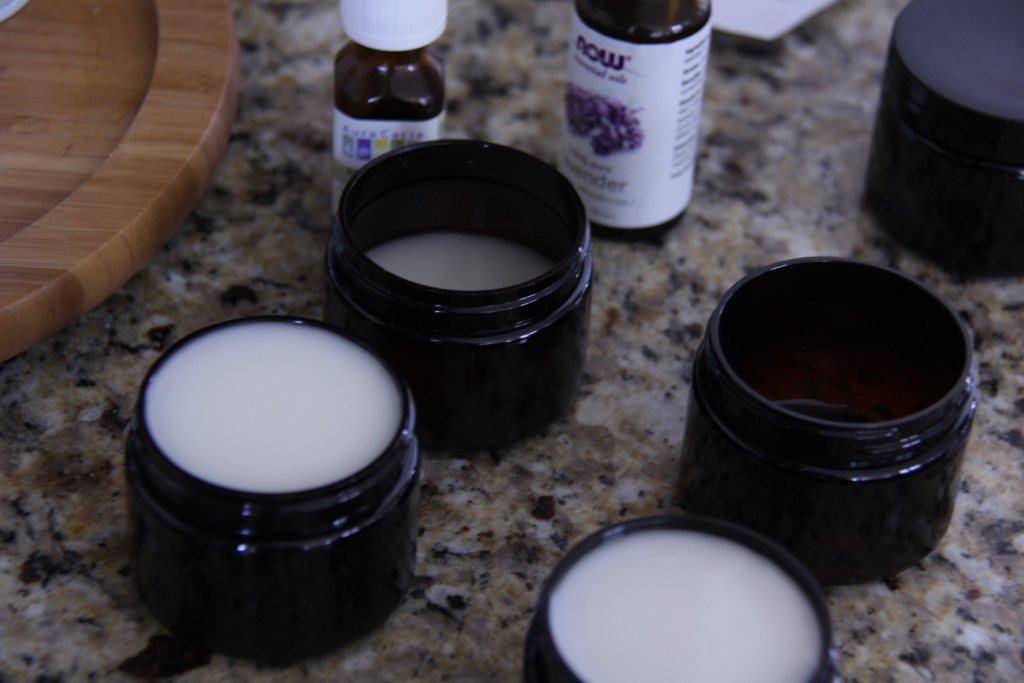 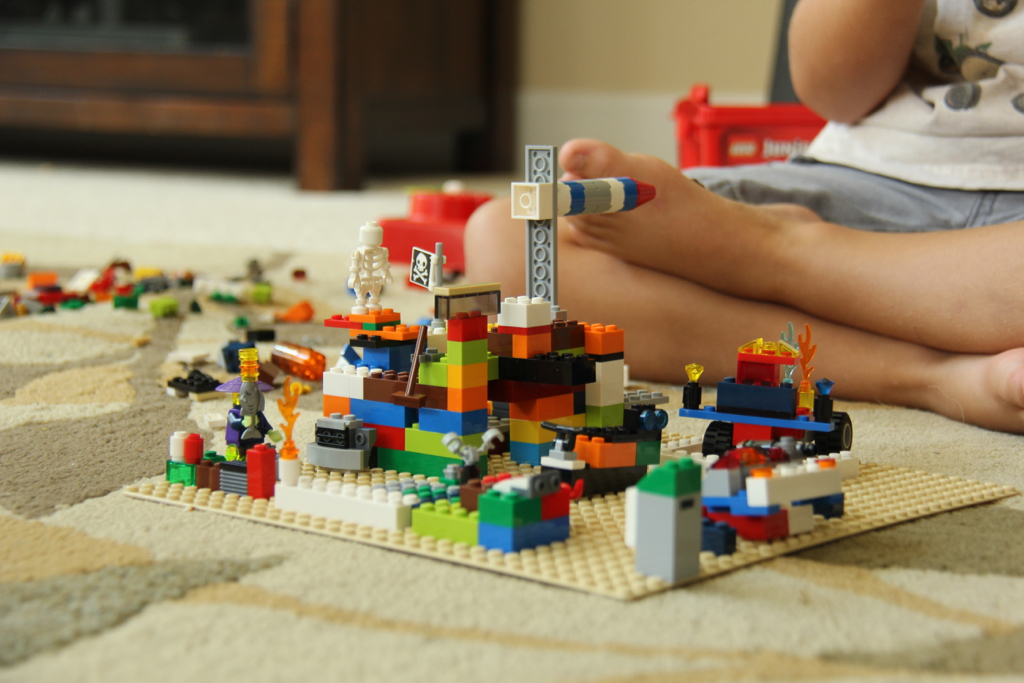 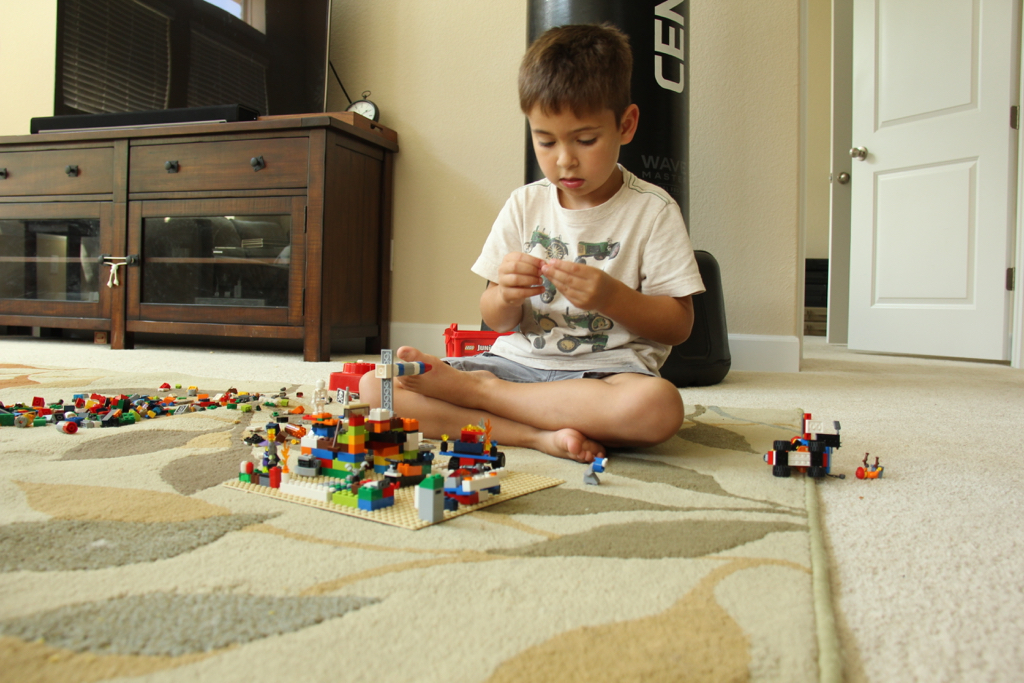 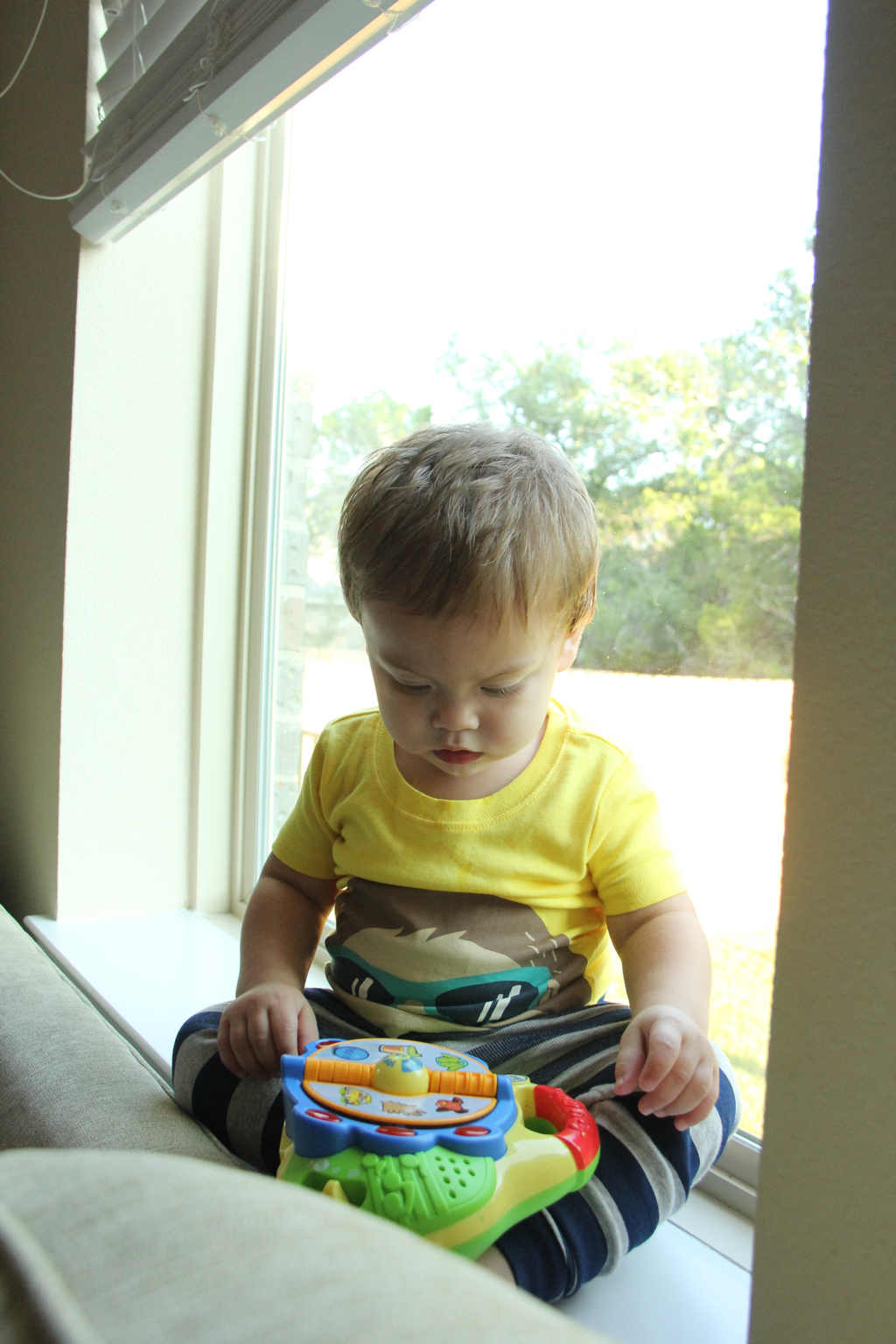 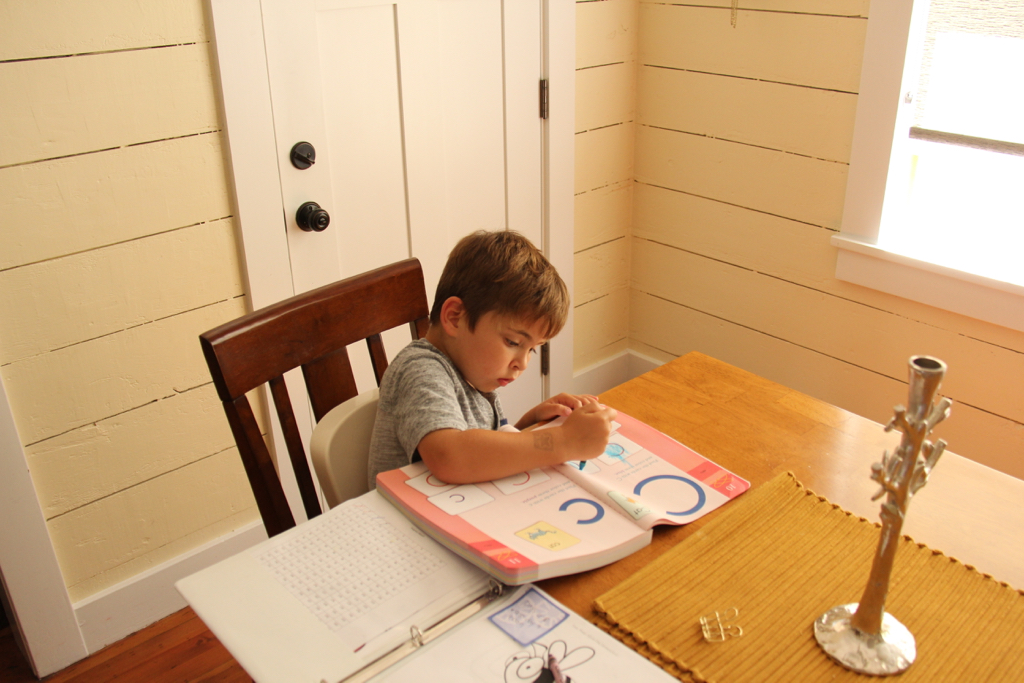 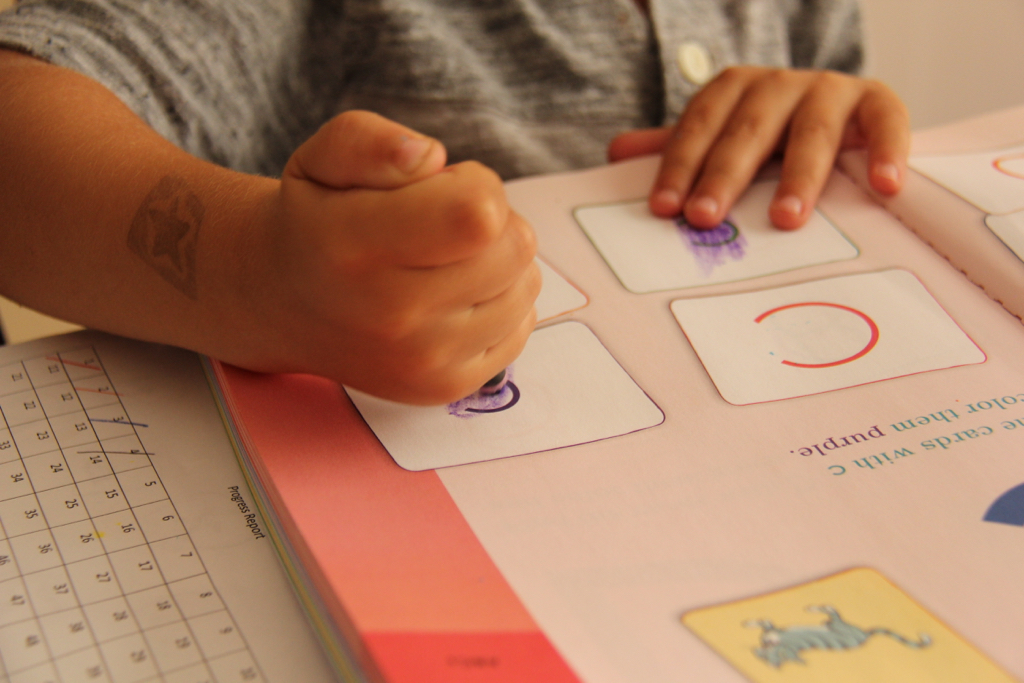 Last week was our first week of “doing school.” Sam is four and I thought it was time to incorporate a (very) loose preschool program into our schedule. We are still members of our Friday co-op, and while our membership has doubled in size these past six months, many of the children Sam’s age will be attending private preschool this fall, and the younger children (ages 2-3 years) will begin participating in our co-op as opposed to just playing on the floor during “lessons” like last year. Because the majority of the children are younger, the lessons will be tailored to their level, which means that it won’t be nearly challenging enough for Sam, thus the reason for our own program “on the side,” so to speak.
Our lesson is twenty minutes, three days a week. Twenty minutes is about all the undivided attention Sam can give me, and that’s on a good day. I use the Starfall website, which is $35 a year and worth every penny. We play an interactive game based on the letter or number of the day, and then do a few worksheets from our Brain Quest Pre-K workbooks that I purchased from Costco. So far, he is doing well. He likes the interactive games and while he certainly doesn’t know all his numbers and letters (not that I expected him to), I was surprised to discover that he knows all his colors, most shapes and is able to quickly figure out other basic pre-k skills like matching, sorting, and phonics.

I have read that having expectations for a four year old, especially when it’s the first year of homeschooling for both the mother and the child is unreasonable; that it leads to nothing but disappointment and frustration.  I am trying with all my might to keep this advice in the forefront of my mind, but I find myself starting to worry:

You get the idea.

It’s only been two weeks, and he’s doing well. Great, actually. I know there will be hard days, days that will affirm these fears. But I’ll try to keep telling myself to worry about those days when they come, and not before. When I decided to homeschool, I knew it wasn’t going to be the easiest path for our family but I did believe and still do, that this is the best path for our family.

Enjoy the weekend everyone!