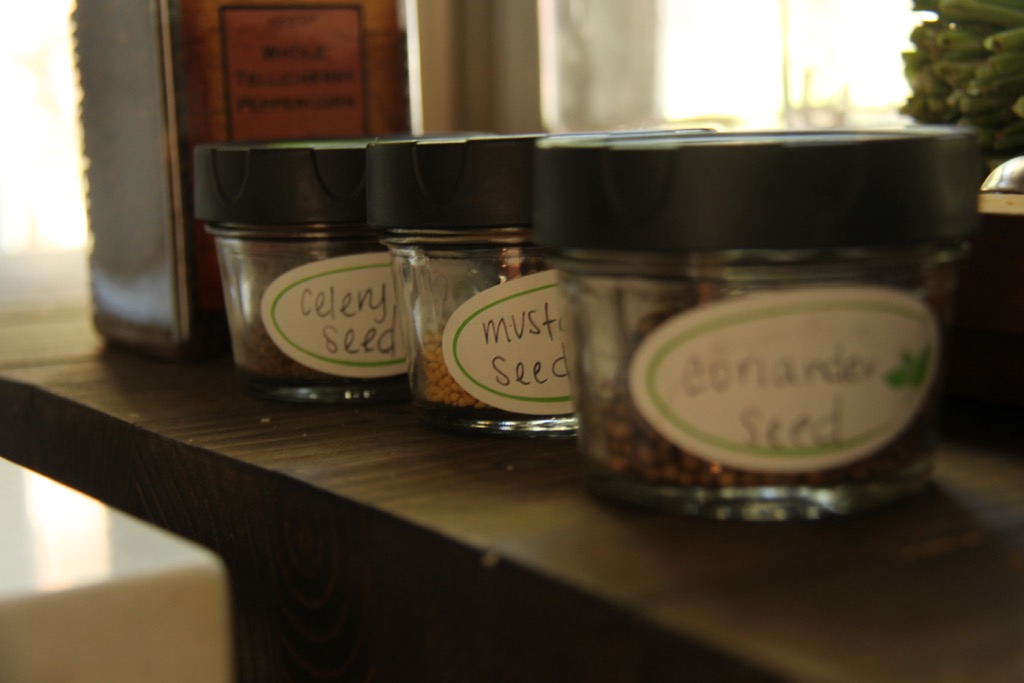 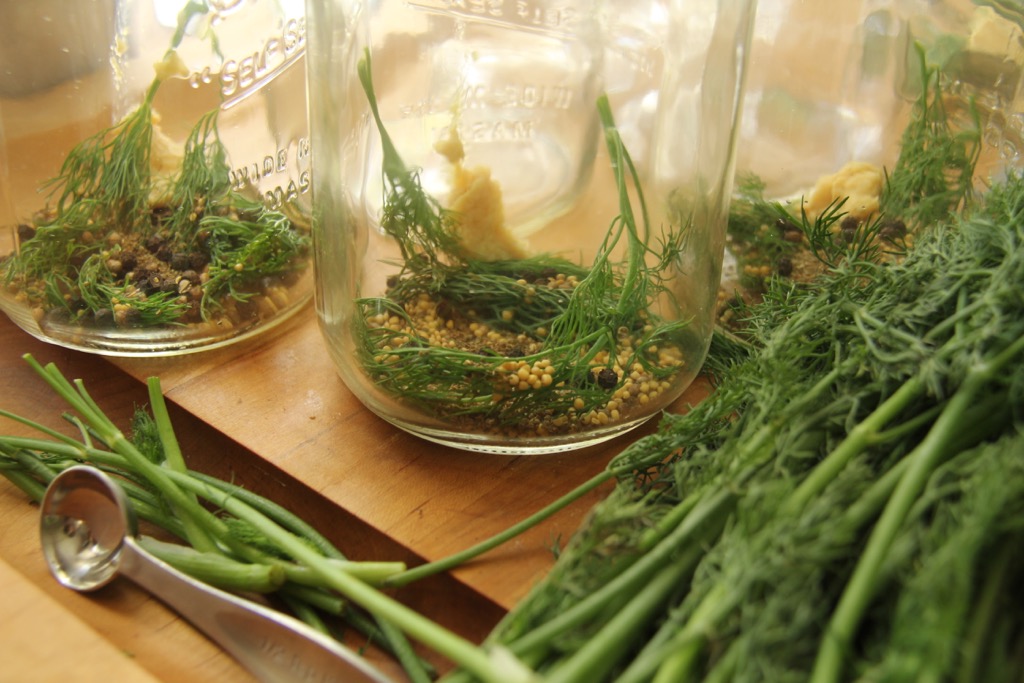 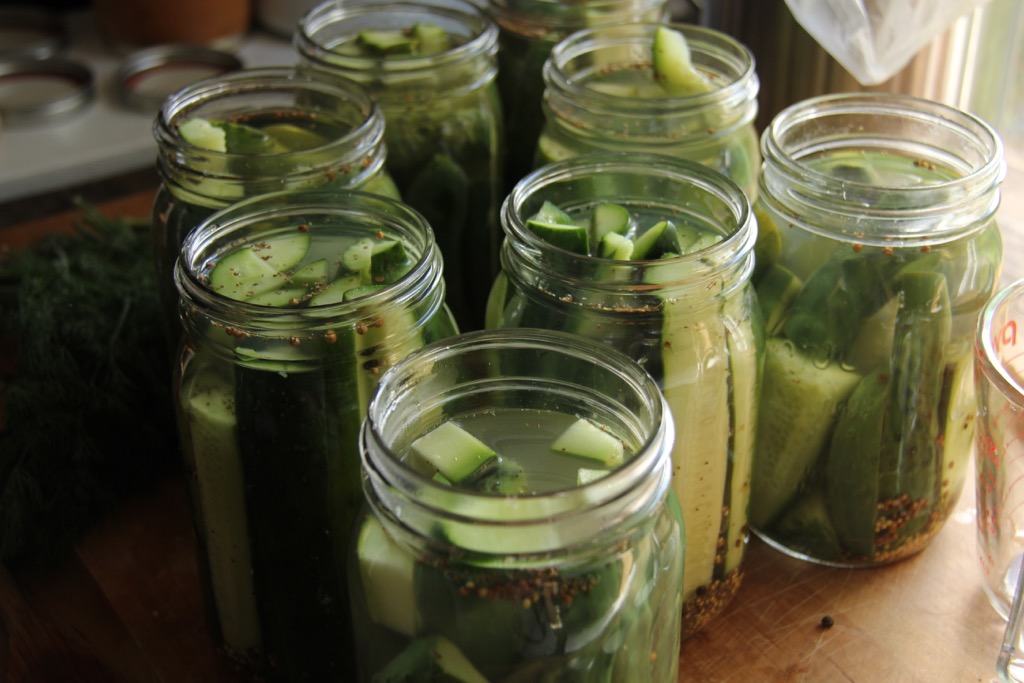 a healthy dose of denial 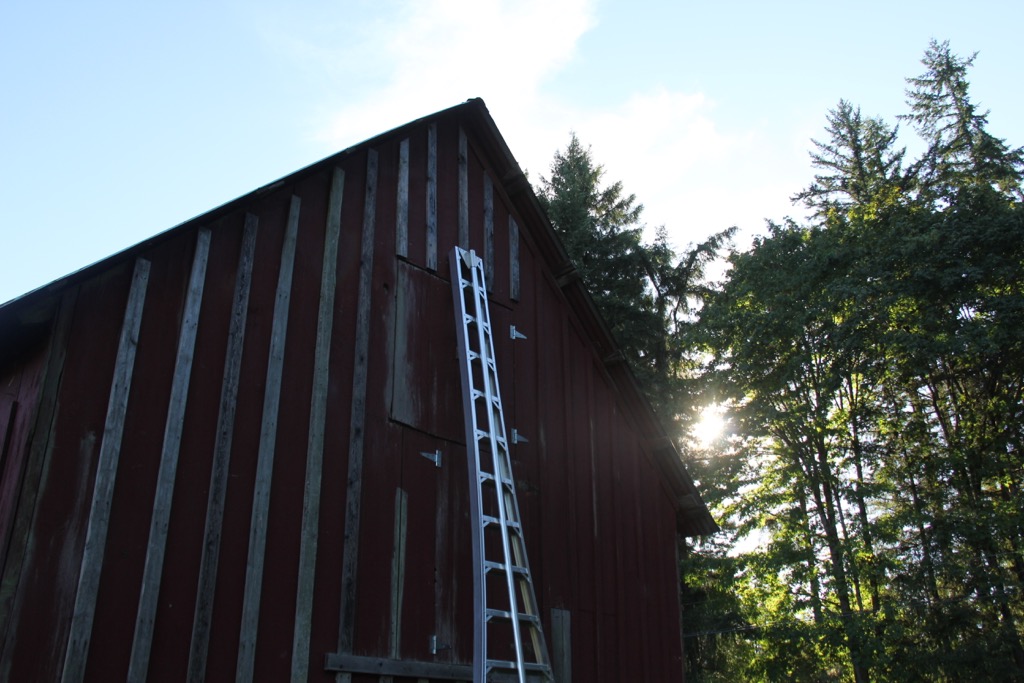 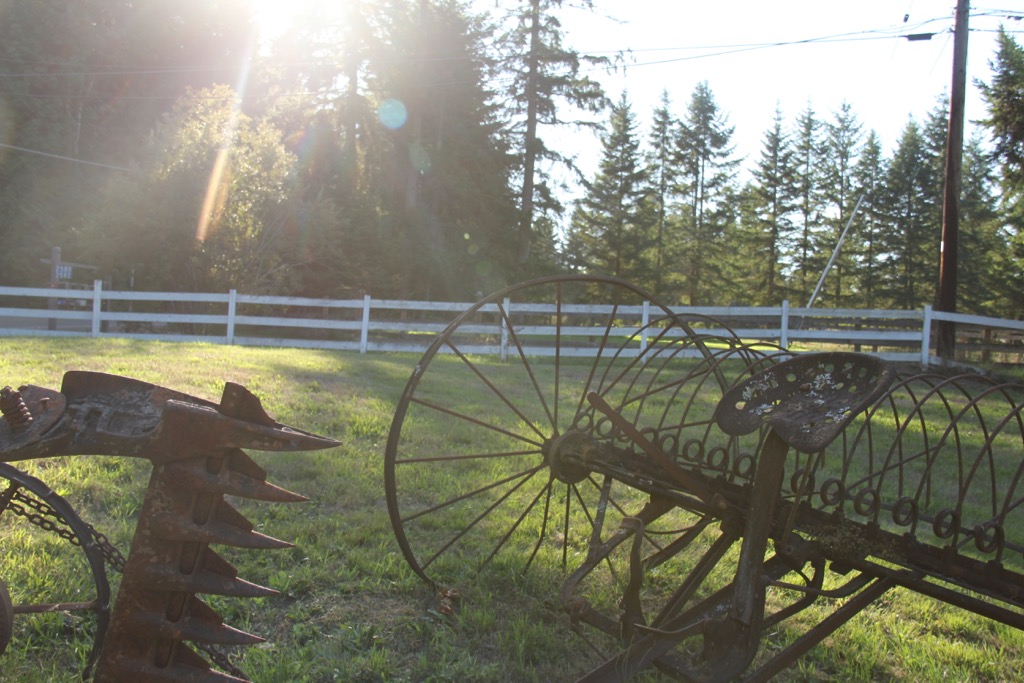 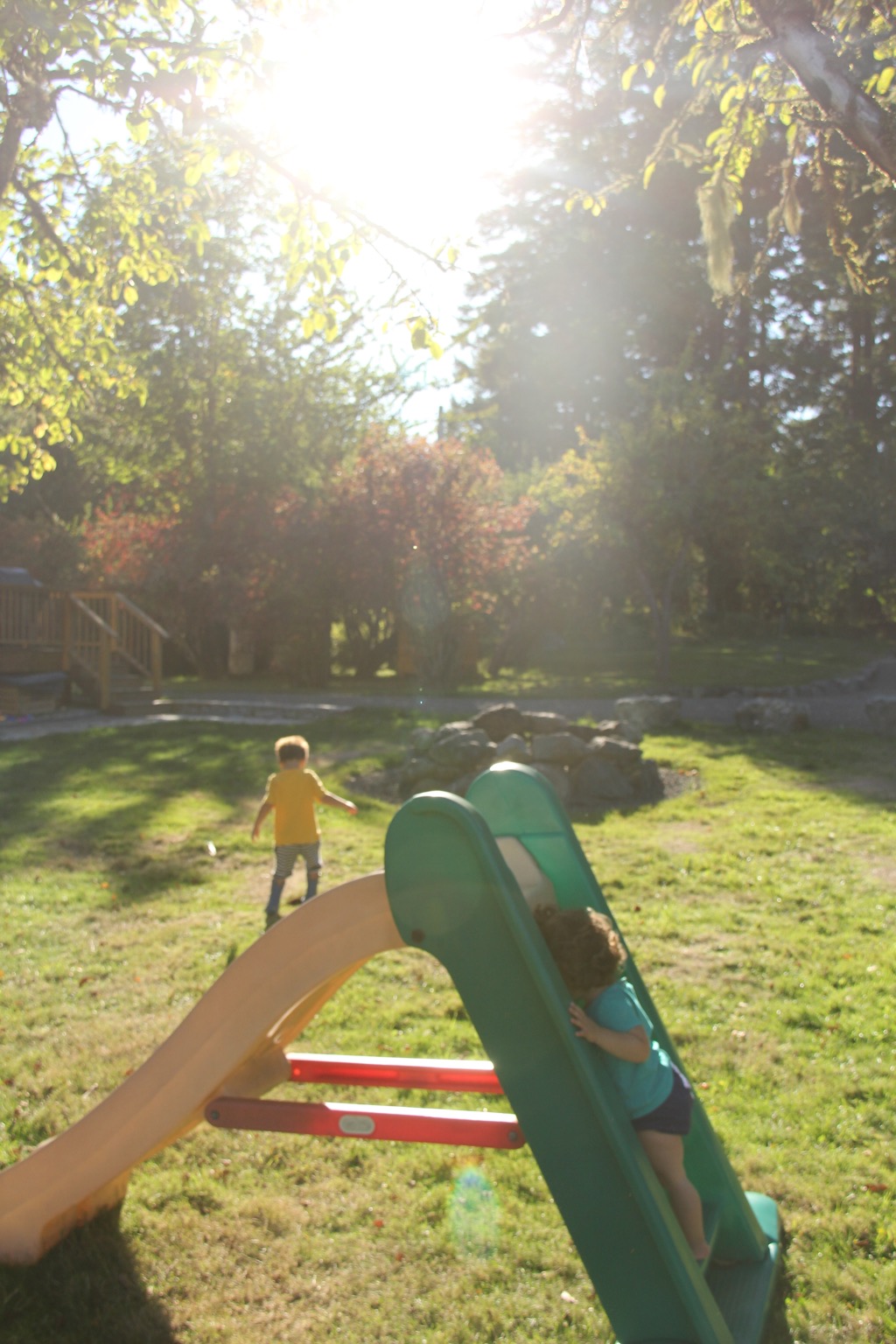 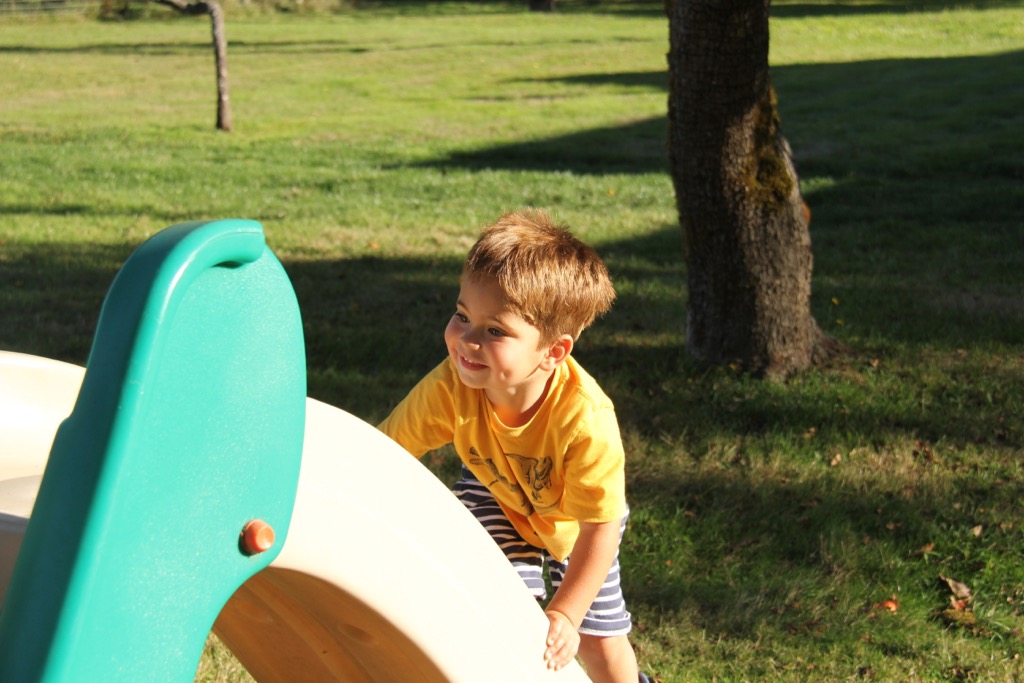 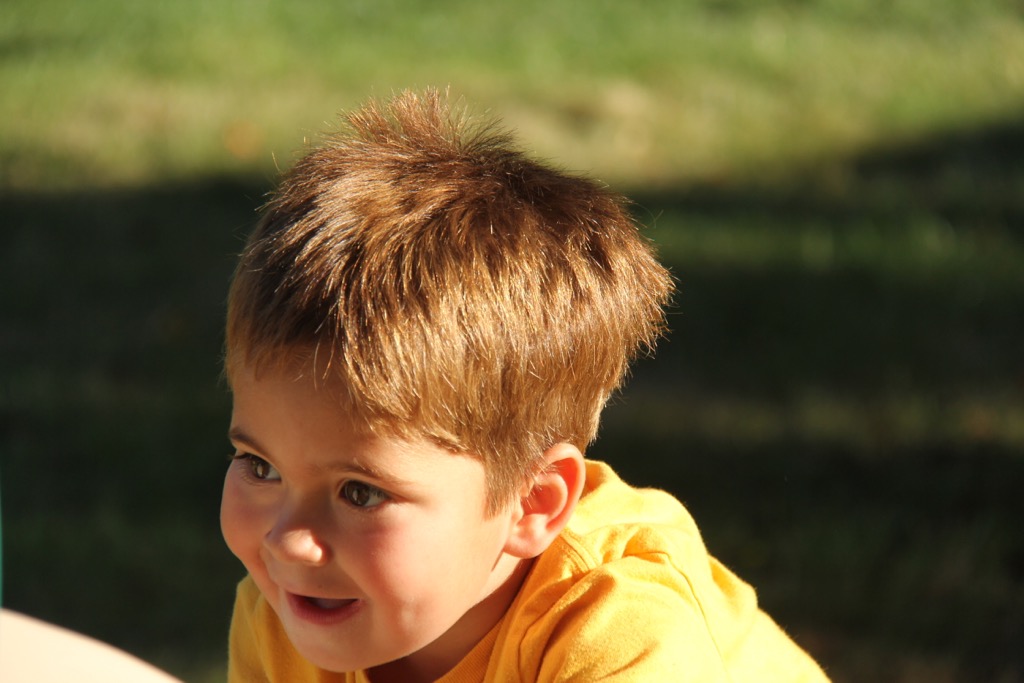 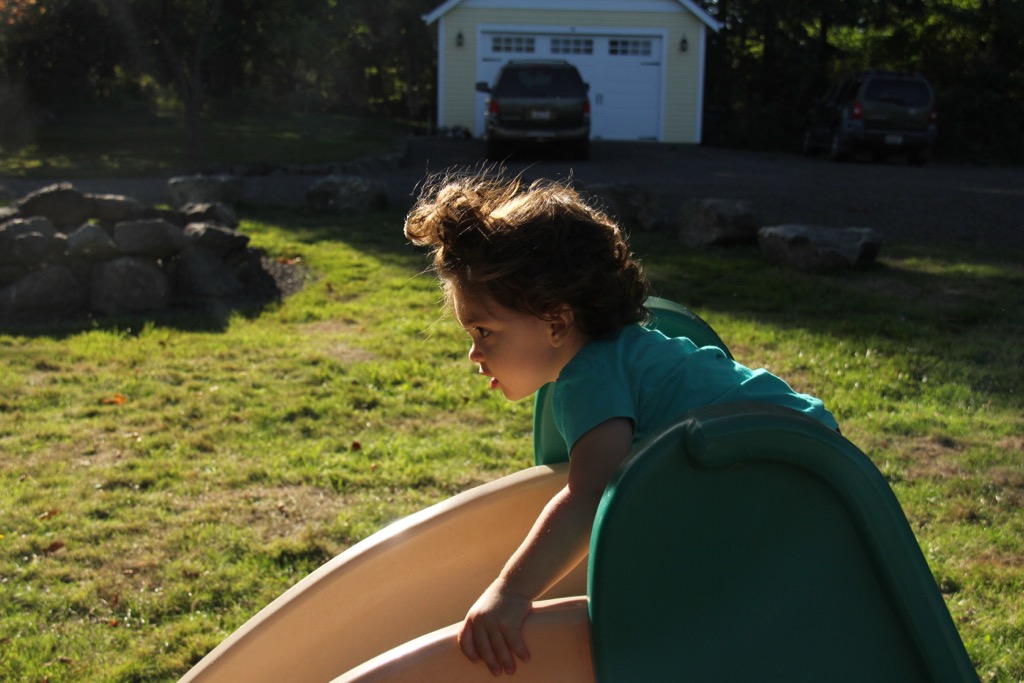 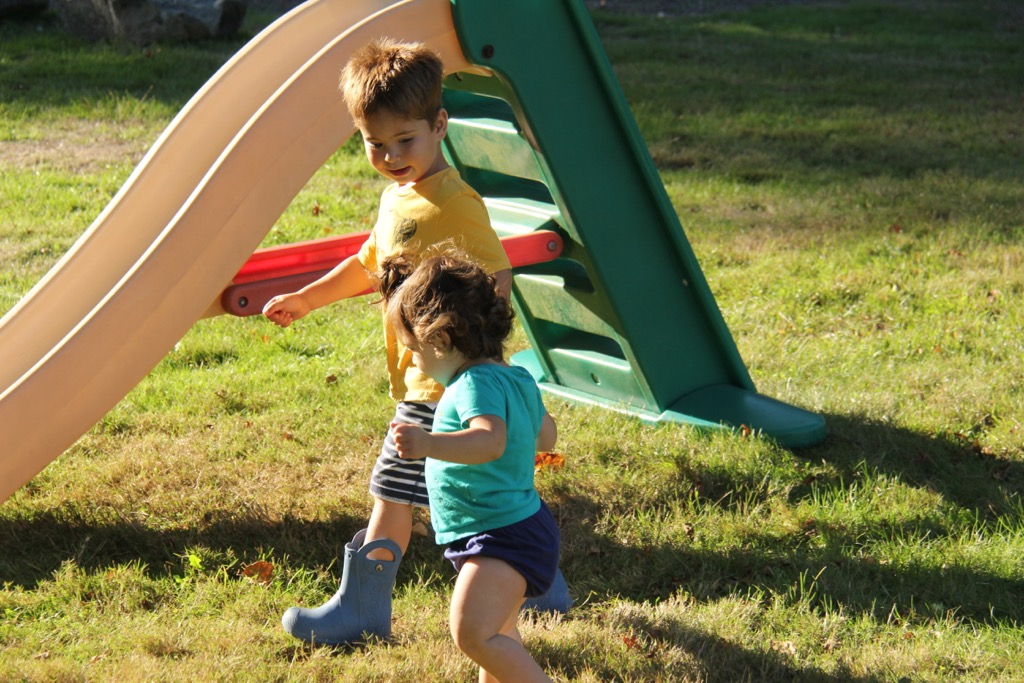 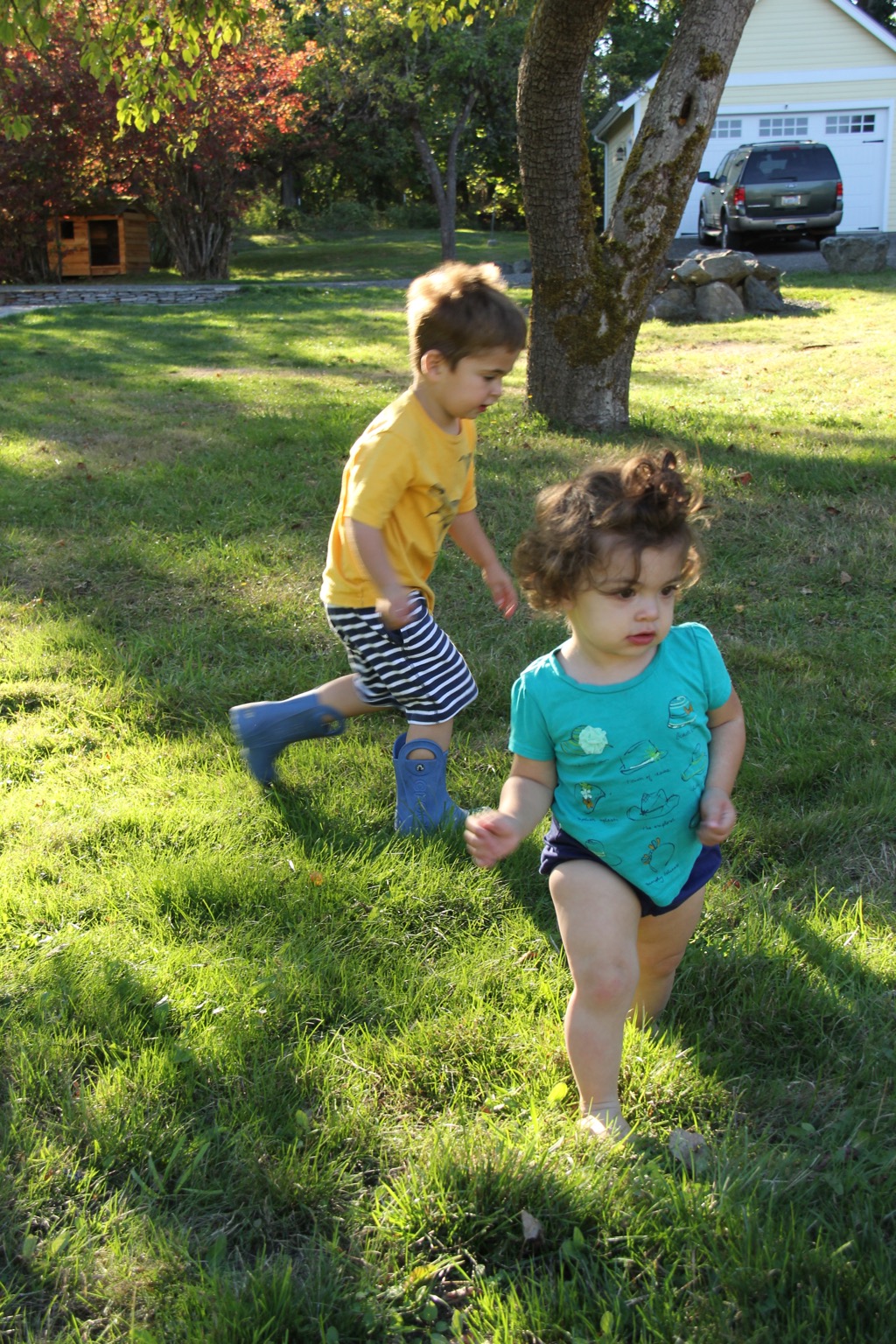 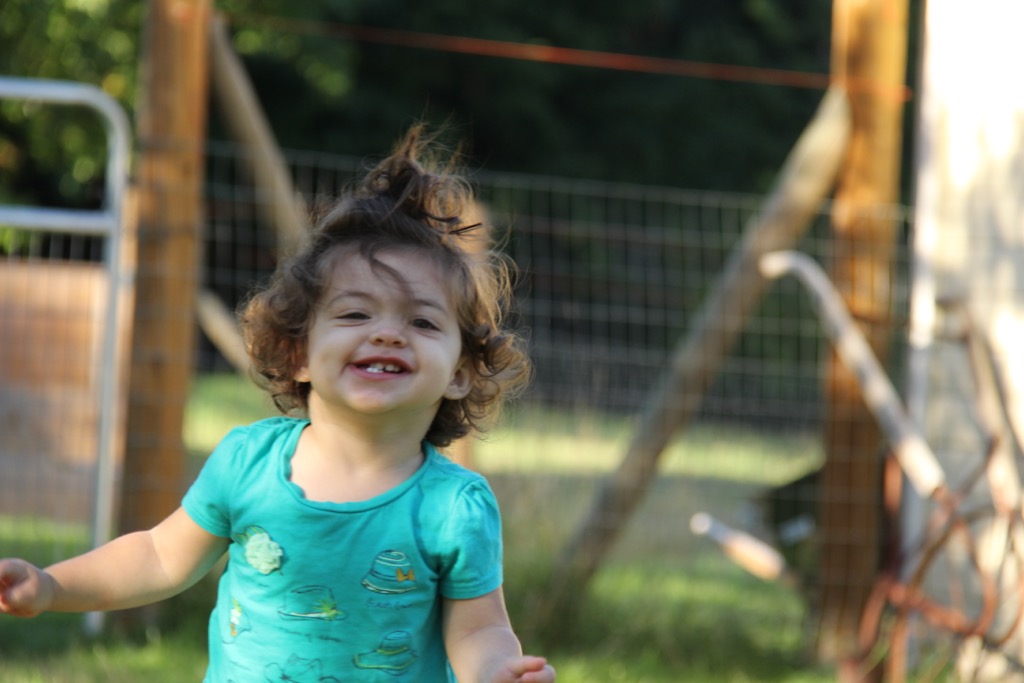 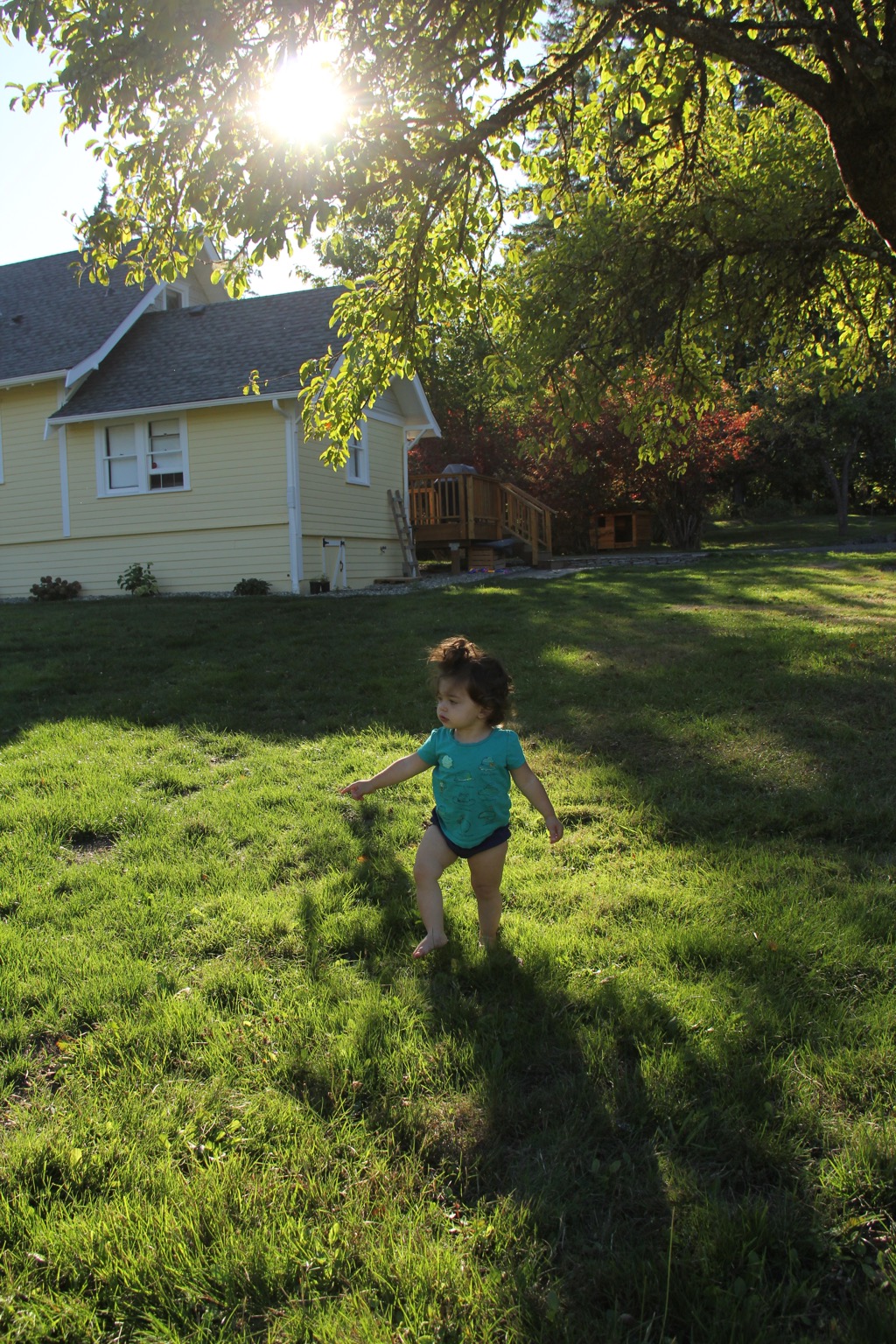 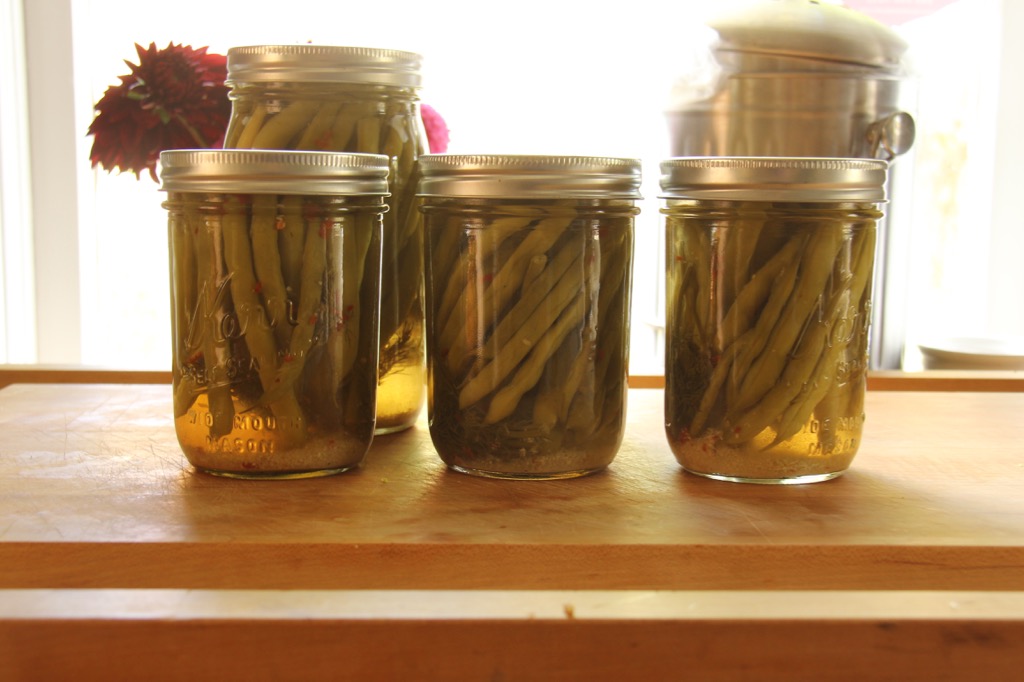 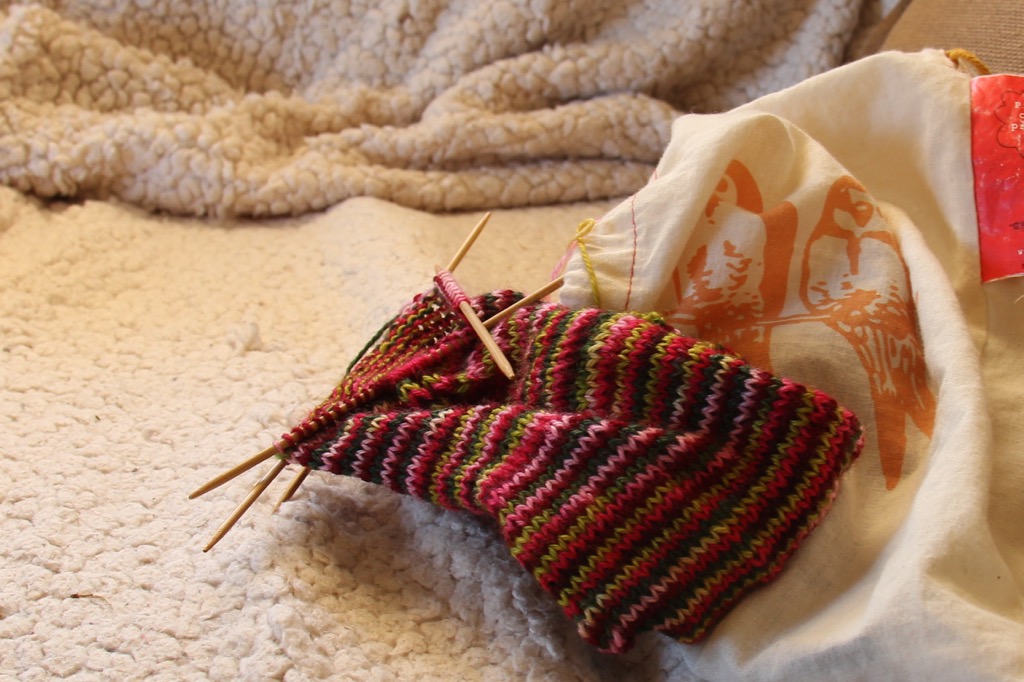 Because I did my last round of canning this week, I thought I would include a photo to commemorate the moment. They are called Dilly Beans, and you can find the recipe in this book.

Well, the deadline has since passed, and I still have a sleeve and pockets to knit on my Inland but I’m glad I participated in this KAL. I finished the first sleeve and I don’t know how it happened, but my sleeve was about two inches longer than it should have been and I haven’t even made the cuff yet. I’m going to try it on tonight and see if I need to reknit the sleeves or if I can make some modifications and just continue on. Instead of facing this problem head-on, I’ve been knitting a basic pair of socks and trying to avoid looking at the half finished sweater sitting on my bookshelf. Denial is a powerful thing.

It was a beautiful day on Thursday; sunny and warm with a cool breeze. After the kids’ afternoon nap we went outside and played. The weather was so nice I let them eat on the back deck. I have to admit, I would have loved a cold rainy day just as much, if not more. I should be grateful: in two months I’m going to be craving some sun and praying for a respite from the rain. But I’m just so ready to spend the winter curled up on the couch, knitting and a watching a new season of something on Netflix. (Because in my fantasy there are no children clawing at the doors to get outside and whining for my attention…there’s that denial again.)

Gabe has the weekend off, and we are looking forward to spending some family time together. Sam was gifted a balance bike for his birthday this summer and we are going to take him to a paved trail and practice riding. Should be entertaining to say the least. 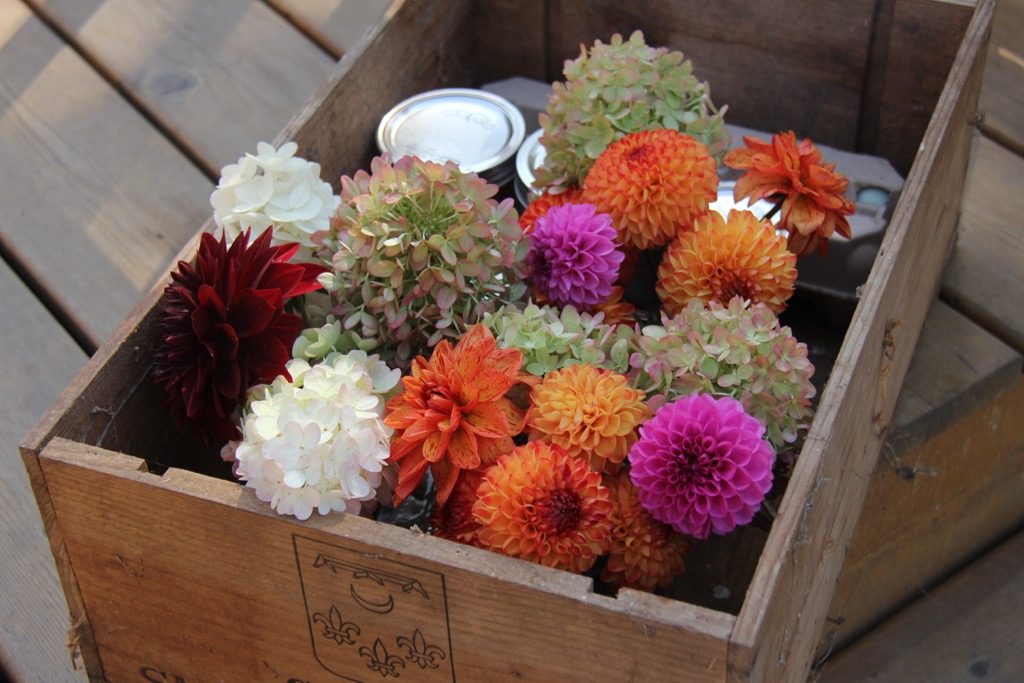 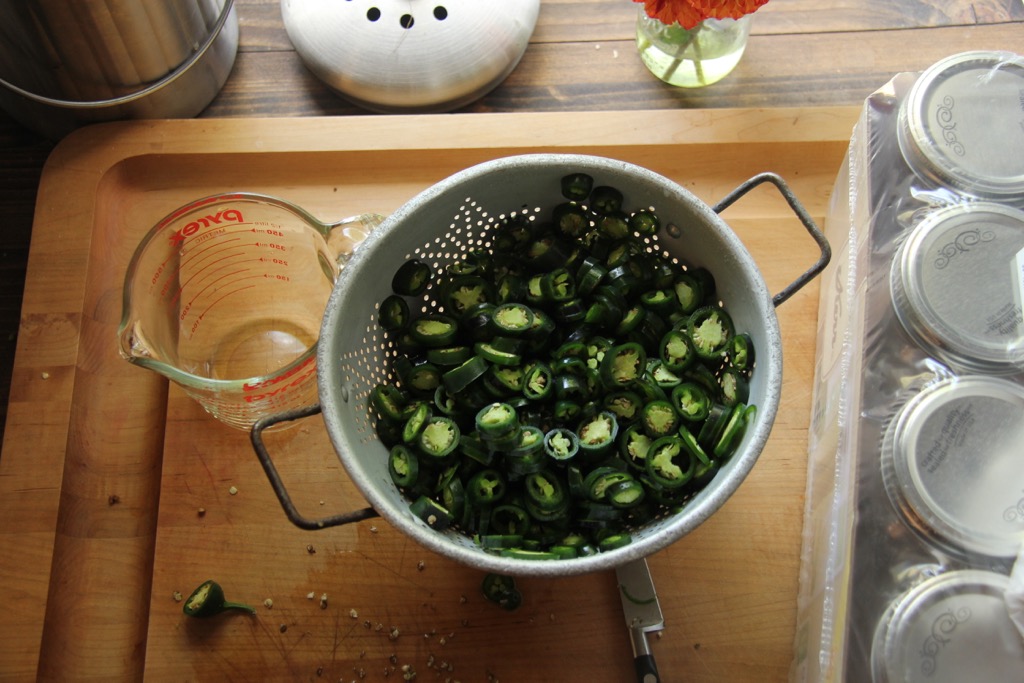 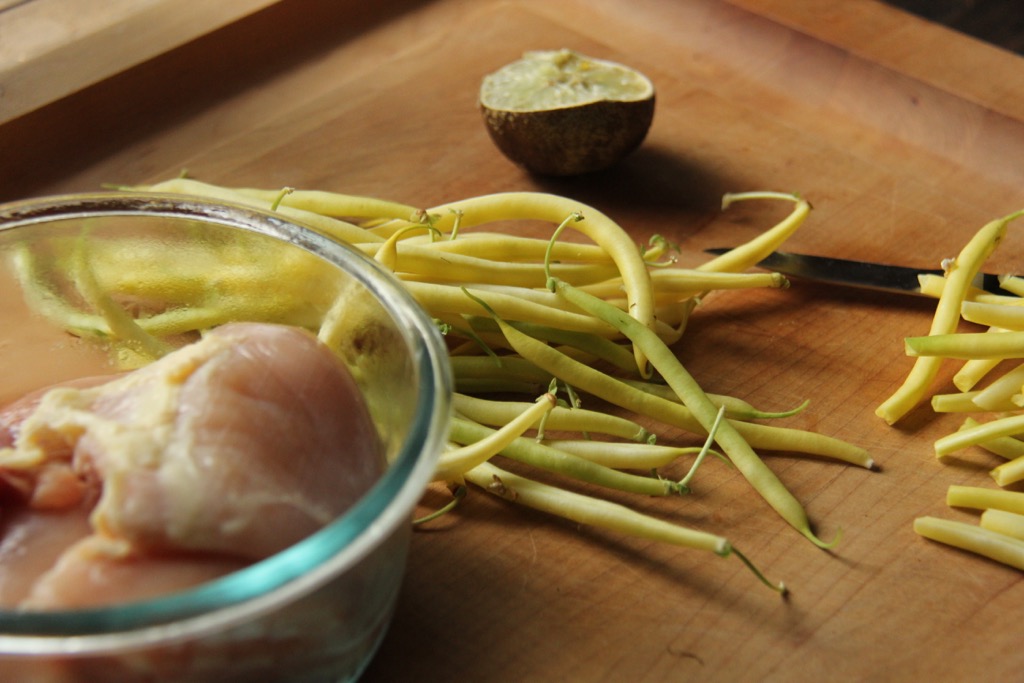 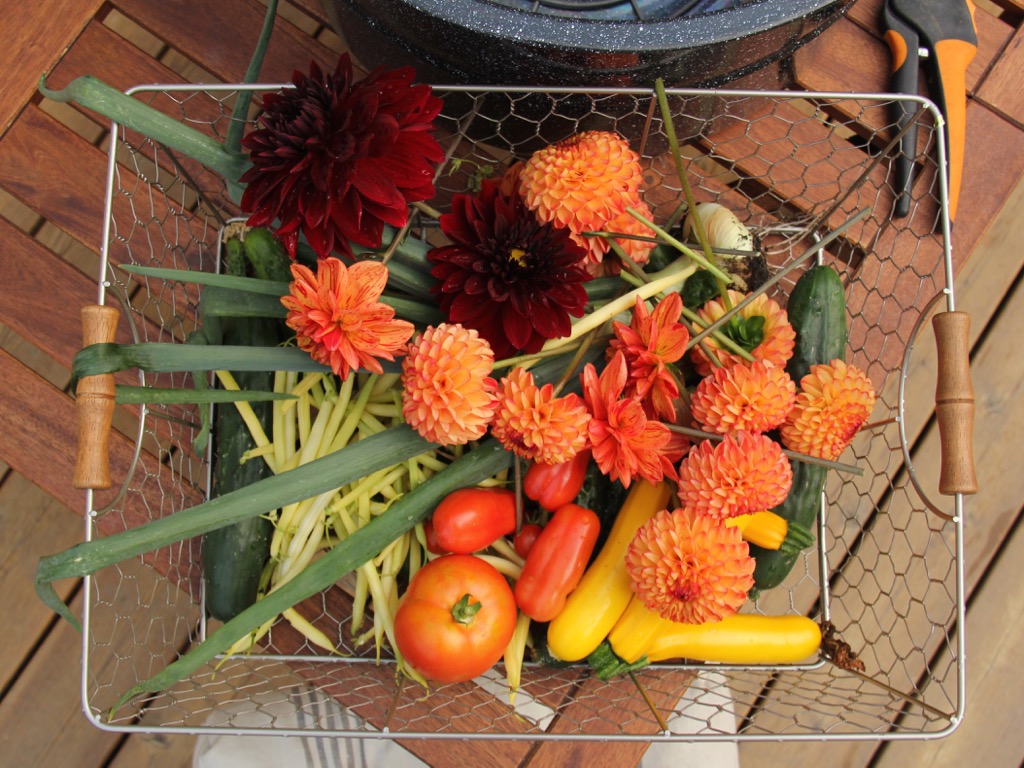 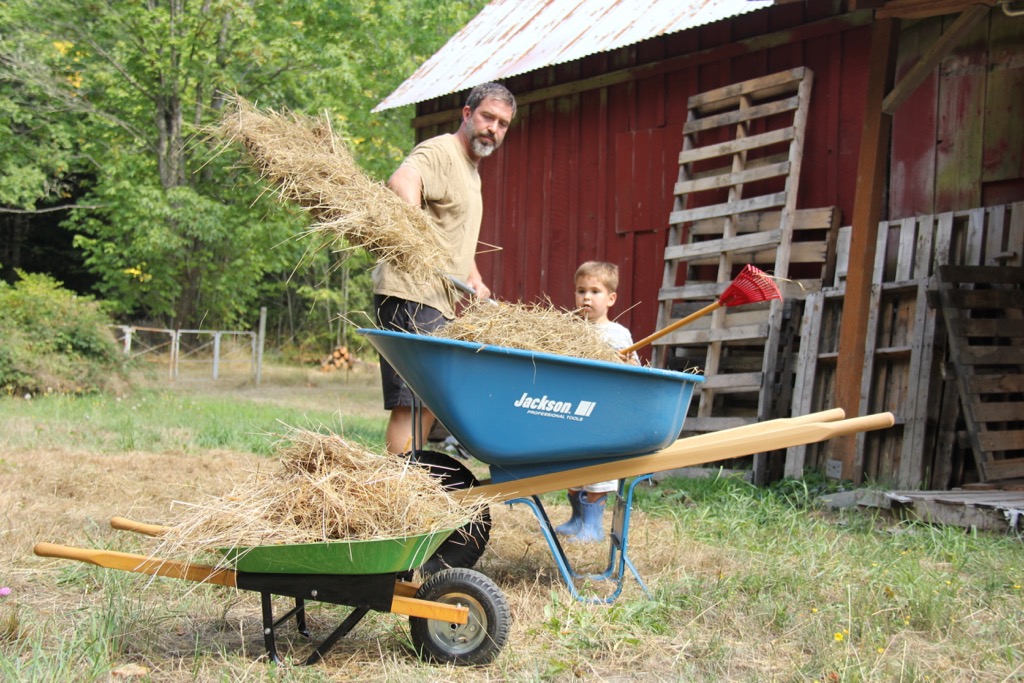 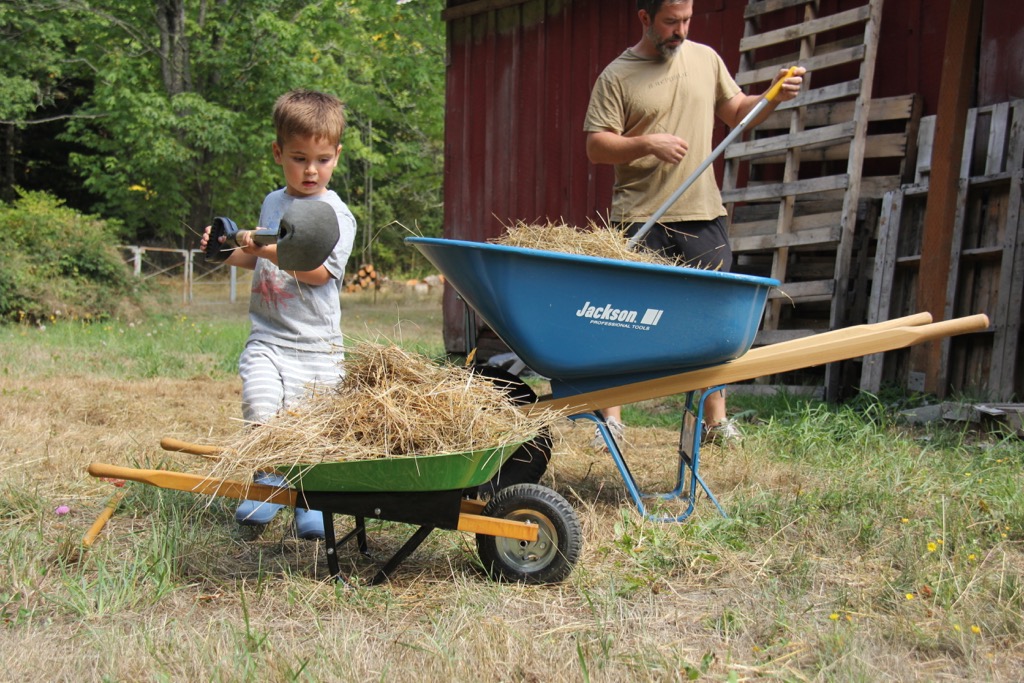 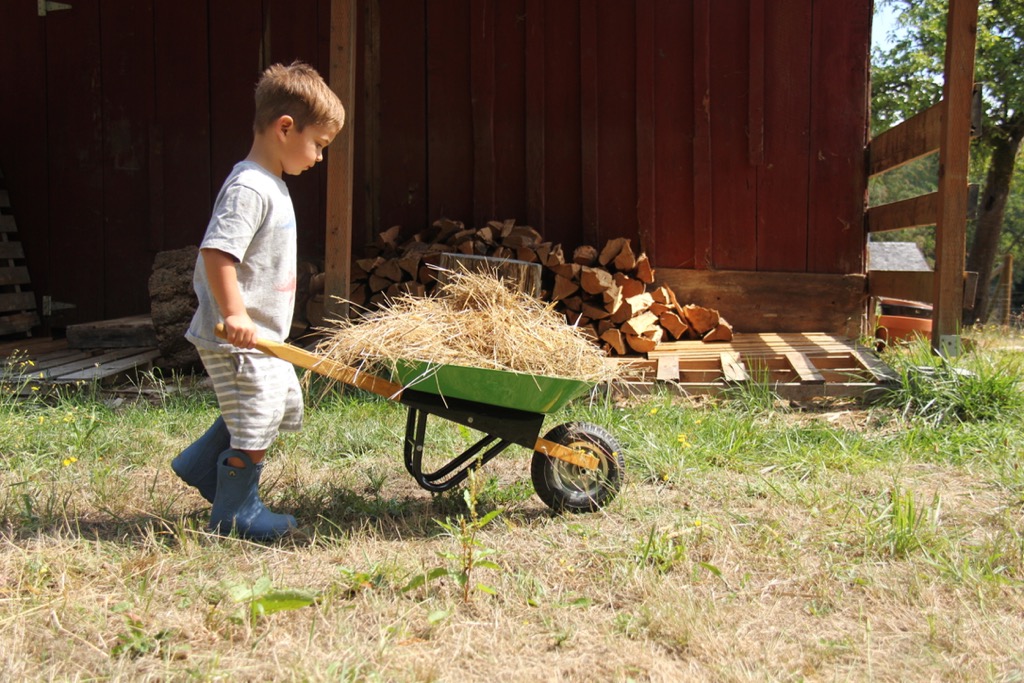 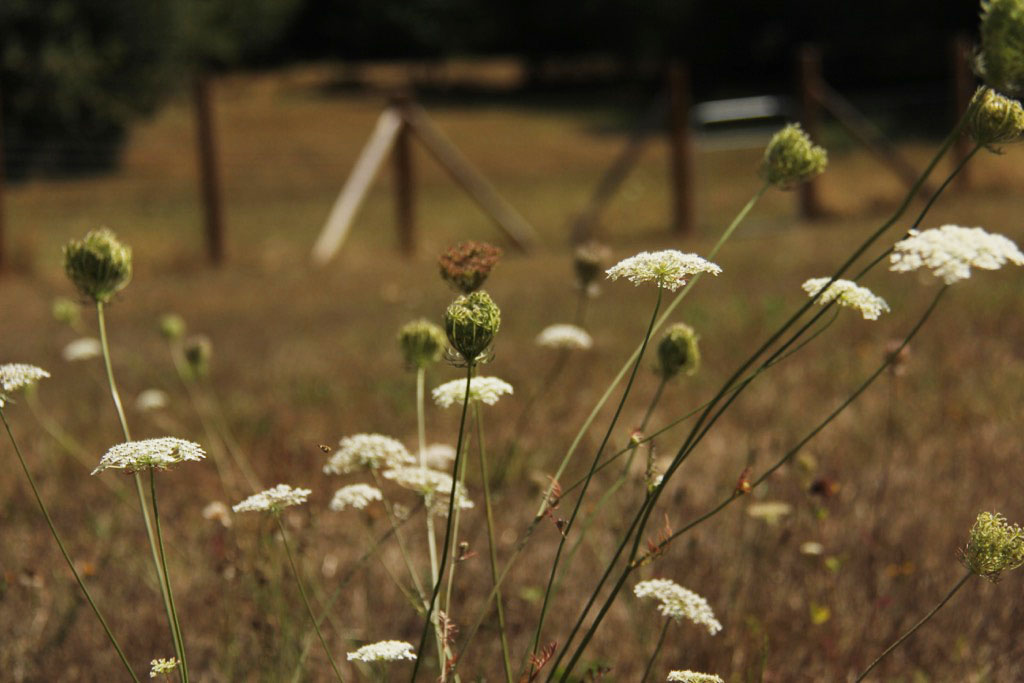 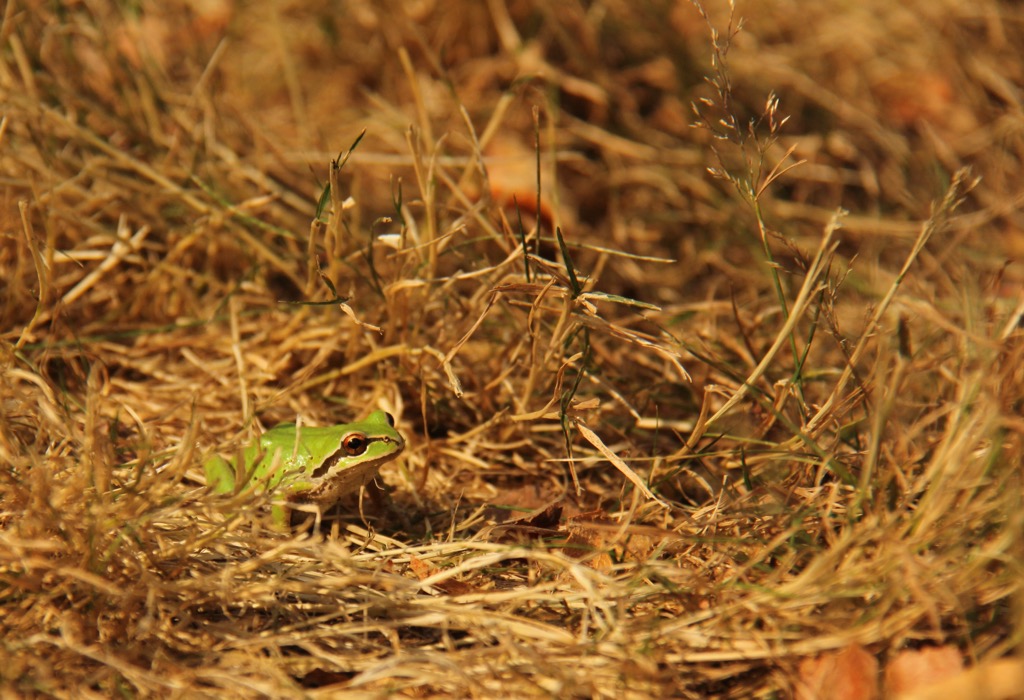 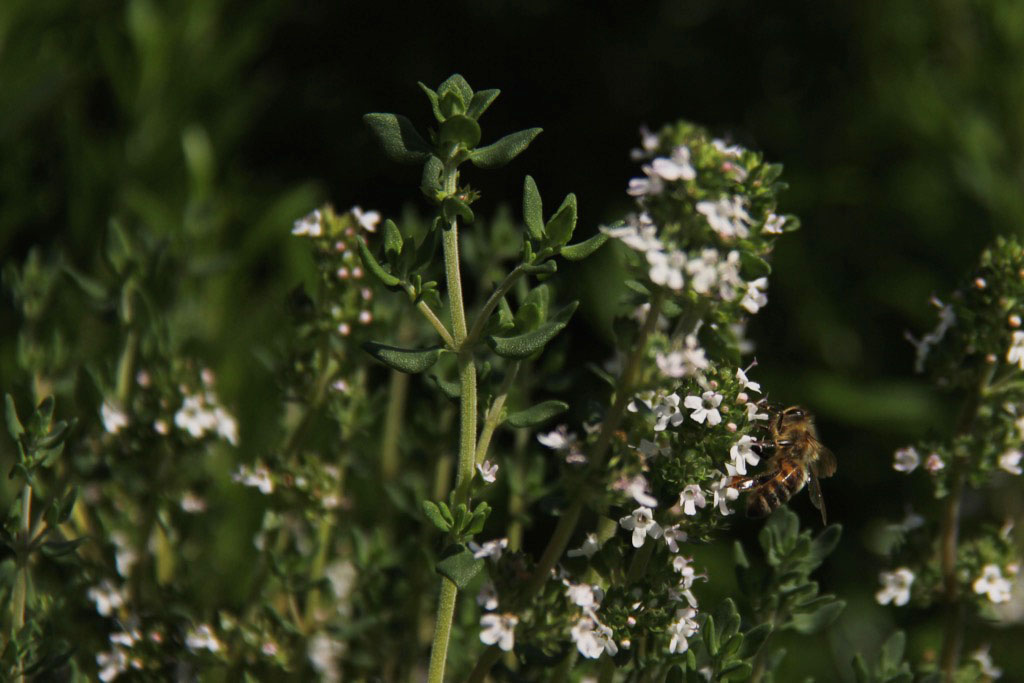 I’ve been feeling overwhelmed lately. Our warm summer has resulted in a prolific garden, and while I’m grateful for the food, I just can’t keep up with it. Canning takes a lot of time. A. Lot. Time that I just don’t seem to have. Harvesting and watering can easily consume half of my morning, which means less time for cleaning, cooking, and laundry. Eddie learned to walk a few days ago and I had to completely reorganize the kitchen cabinets so that there wasn’t anything within her reach that could possibly maim or kill her. Sam is potty training and it’s proven to be quite the commitment for both of us. He spends a lot of time sitting in the bathroom and I spend a lot of time sitting in the bathroom with him. Bright side: we are reading more books than usual and that can’t ever be a bad thing. Also, my bathroom is spotless because almost every time Sam misses, (which is quite often) I clean the bathroom top to bottom.

On Thursday, Eddie took a nap and I prepared for my usual three hour scramble where I rush to get as much done as possible during her nap, all the while trying to keep Sam preoccupied and out of my way. Just as I was getting ready to lift myself off the couch, Sam looked at me and said “Hey, Mom, why don’t you sit here with me and knit? We can cuddle.”

Cuddle? My baby actually wants to cuddle with me?!

That did it. I threw my to do list out the window and I spent the entire afternoon sitting on the couch knitting and playing legos. I didn’t clean. I didn’t cook. I didn’t water or weed.

Man, did I need that. I can’t remember the last time I ignored my daily duties and just spent time with my kid(s). It started raining that afternoon, so watering would have been a waste of time anyway. It felt like it was meant to be. I think I need to make a point to do that more often. Let go. Relax. Build a lego tower with my son.

Later, as I was telling Gabe about my much needed day of laziness, he said: “At the end of the day, Sam had a moment with his mom that will inevitably become a good memory that he will hold onto for the rest of his life. Nobody is going to remember the cucumber that was never picked.”

He’s right, of course. But it’s not easy to sit and read a story for the millionth time or put a puzzle together or do anything really when there’s so much to do around the homestead.

Balance. This should be my new motto. Perhaps I should create a bumper sticker? Memories last forever. Cucumbers don’t.