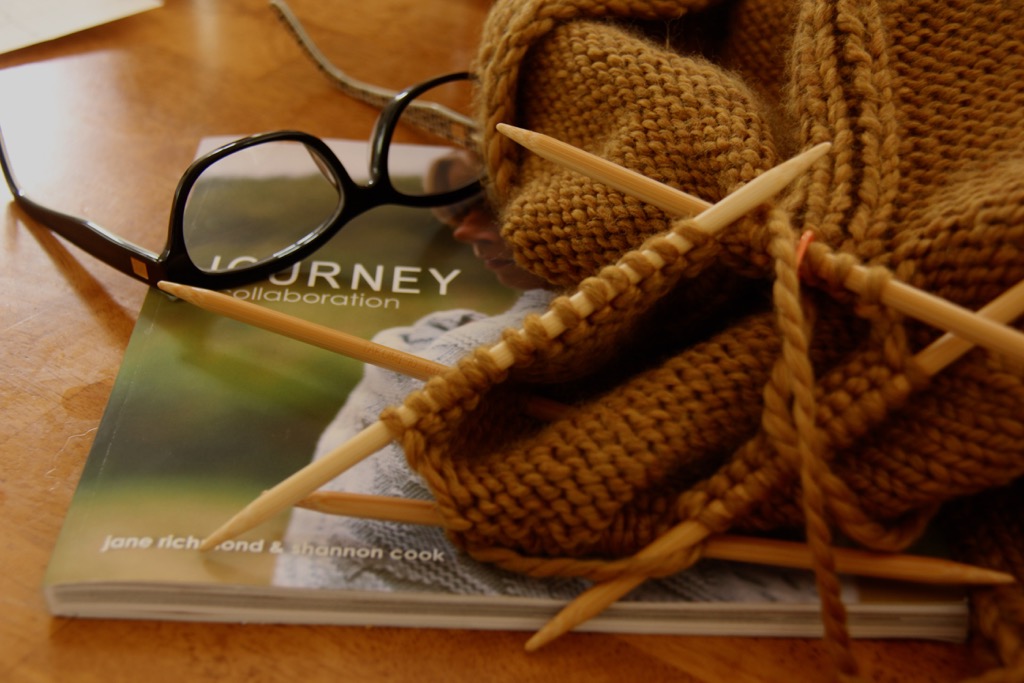 Tuesday started out looking like it was going to be a pretty good day. The kids woke up in great moods and Sam was excited to make new friends at the first pre-school homeschool co-op meeting (My, that’s a long title, isn’t it?) we were attending that morning. The meeting went well, and we finalized days, times, and a bare-bones curriculum. It seems to be a like-minded group of moms who are interested in creating a fun, active and (very) lightly-structured learning environment for their kids, which is exactly what I want at this point. I don’t plan on introducing Latin anytime soon. He’s only three, after all.

After the meeting, everything went downhill. The kids started whining pretty heavily and I had to leave because once the crying started I couldn’t seem to console them. On the car ride home, I developed a pounding headache and knowing I wouldn’t be in the mood to make them lunch, I pullled into a drive through and bought the kids some junky food. Once we got home, I discovered both kids had fevers, and after a few bites of lunch they went down for naps and I ended up eating said junky food and taking a long nap myself. When I woke up my headache was still there and I had two very cranky babies. I couldn’t find any time to knit and to top it all off, my computer starting acting funny and I have a feeling it’s going to pass on to the great beyond any day now. It certainly wasn’t a horrible day; I’ve had much worse. But it definitely did not end the way it began. I’m hoping the kids will feel better in a few days and everything will go back to normal.

I’m not sure I can say the same for my laptop.

After making a few pattern adjustments, I finished the first sleeve of my Inland. I have one more sleeve and two pockets to knit and then I am done. I ordered my buttons but I’m not going to show those off until I am finished with the sweater. It’s going to look so good!

wednesday yarn along #8 and other things 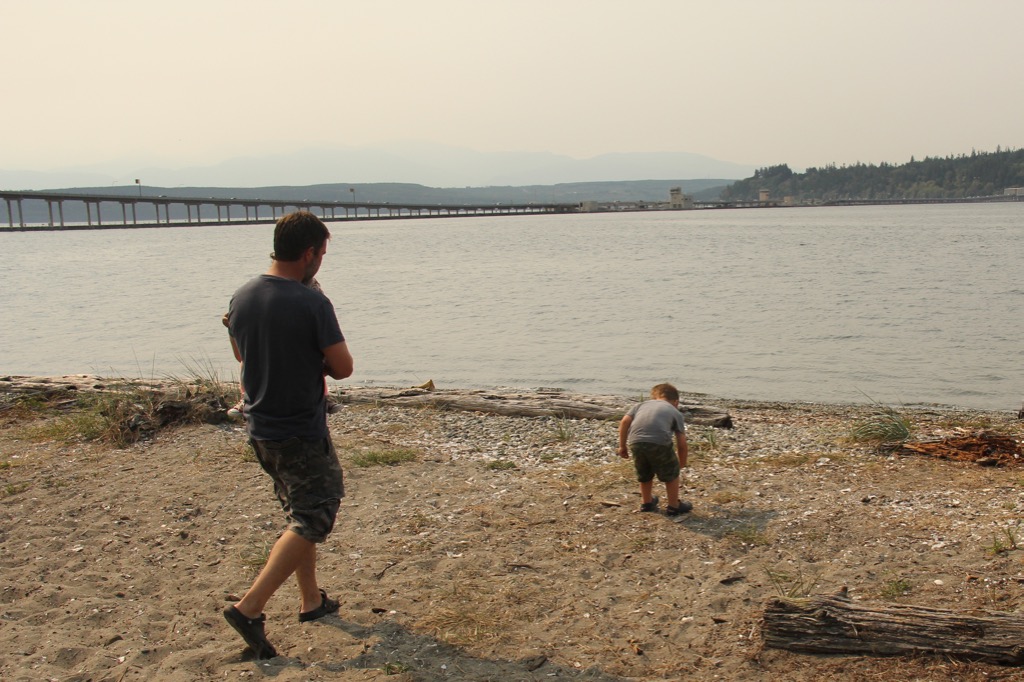 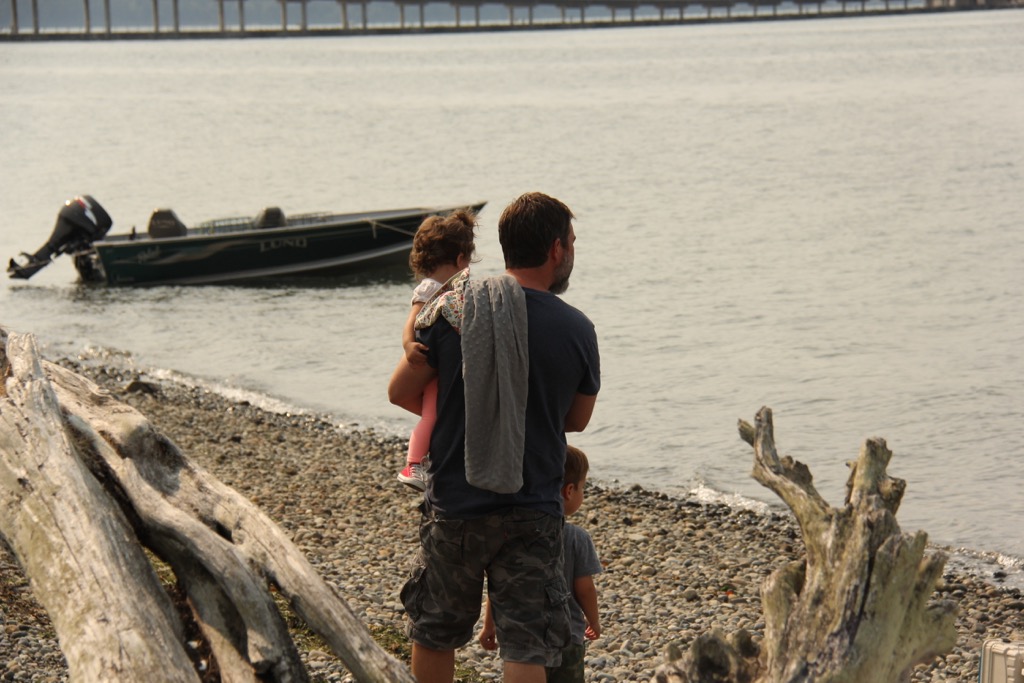 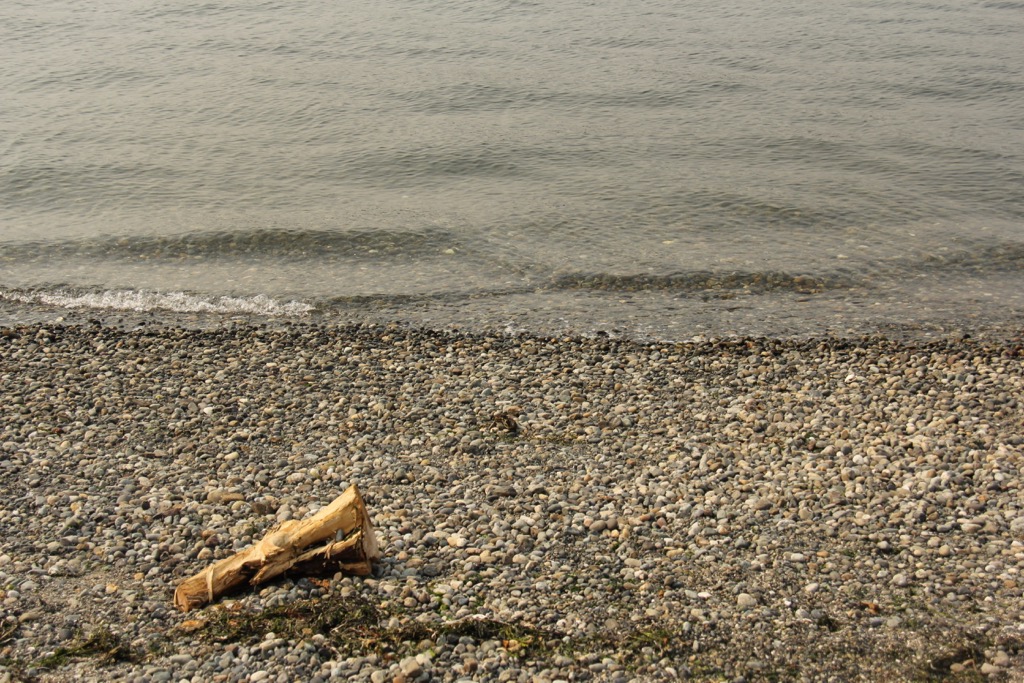 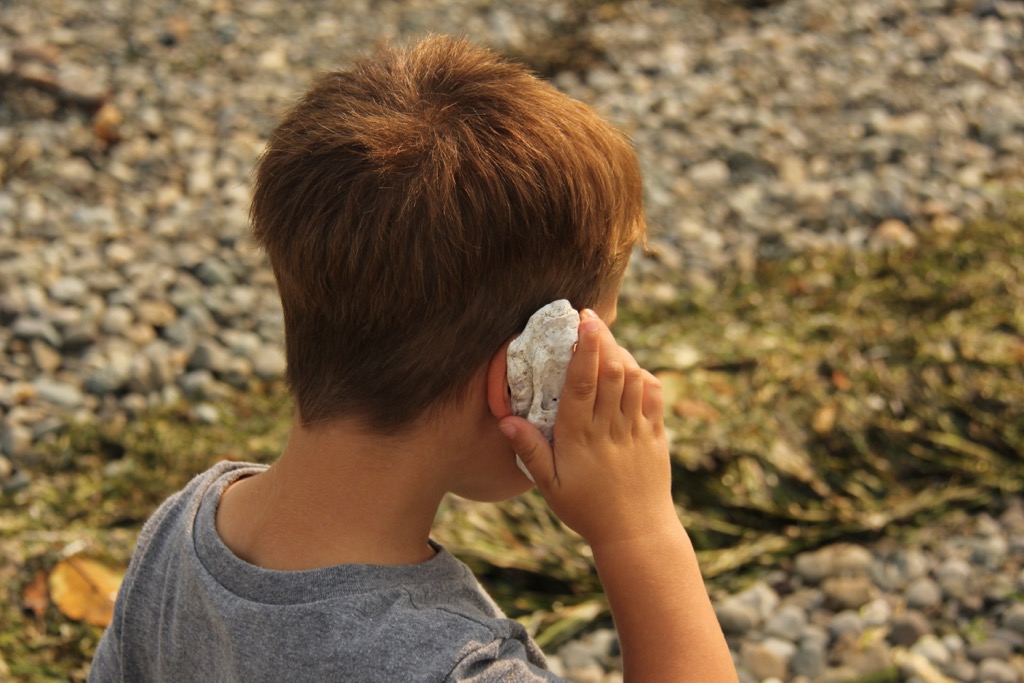 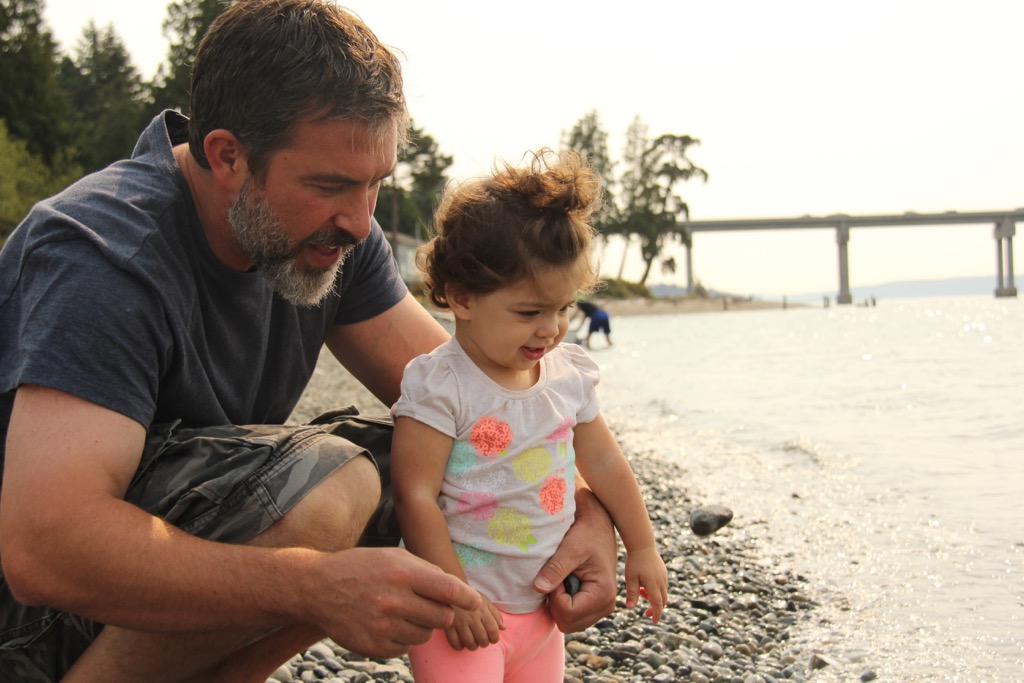 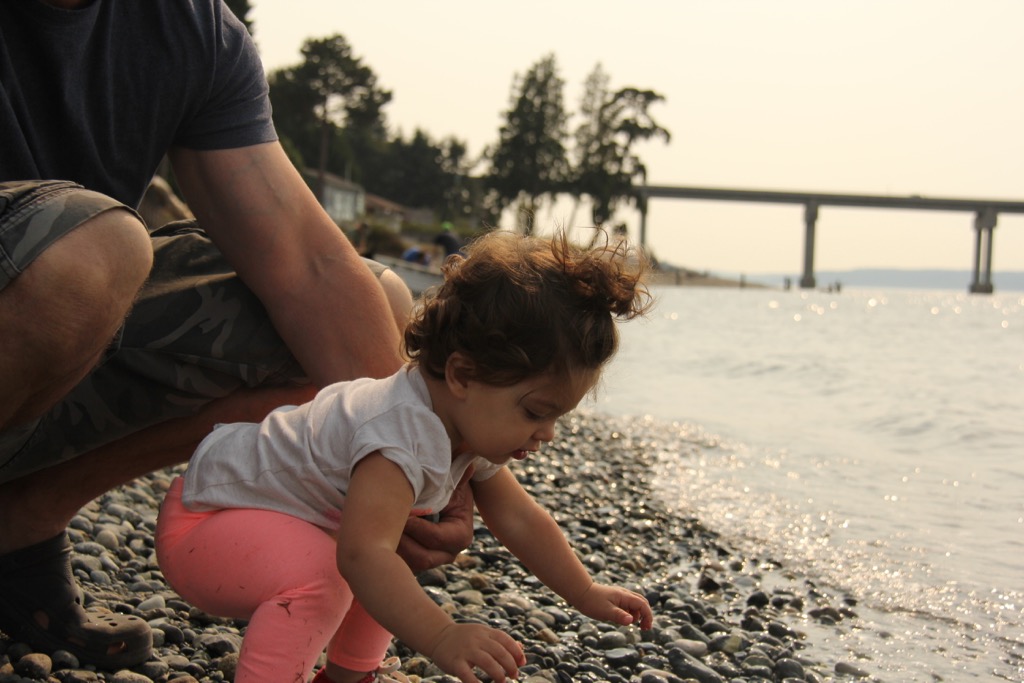 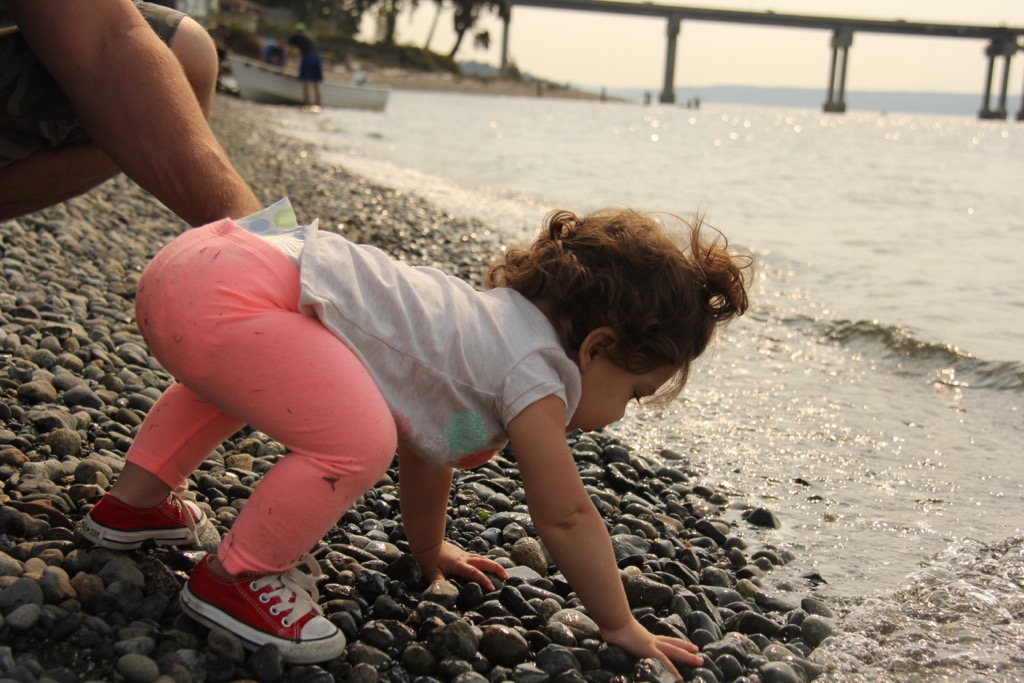 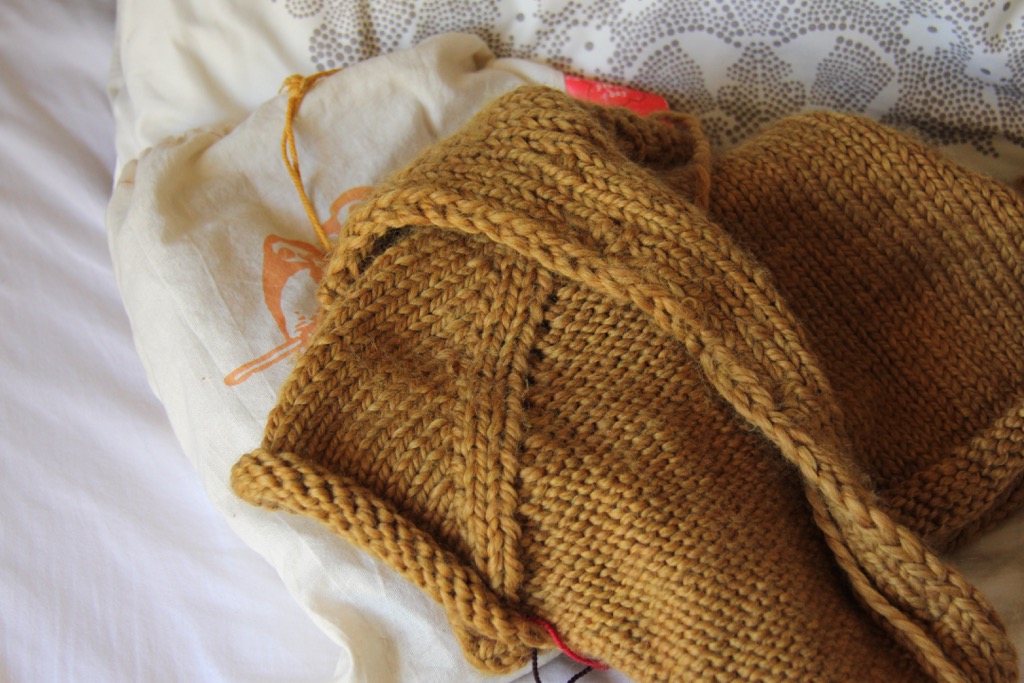 There has been a bit of radio silence on my part the last few days. On Thursday I came down with a horrible stomach virus (perhaps the same one the kids had two weekends ago?) and I’ve only recently begun to feel like an actual human being.

On Sunday (since I was finally able to pick myself up off the bathroom floor) Gabe and I took the kids to a park on the Hood Canal. It was overcast because of the fires in Eastern Washington but the view was still incredible and the breeze felt amazing. The kids enjoyed themselves, but I wish I had thought ahead and brought a spare change of clothes for them. I didn’t expect for the water to be so warm and they were itching to splash around. Normally I would have let them wade in and play in their clothes, but we were heading to dinner shortly afterwards and two small children sitting naked and shivering in a restaurant just wasn’t an option for us, go figure.

The photo of Sam holding onto a shell is one of my favorites. He claimed he could hear the ocean from inside the shell.

I haven’t done much knitting or reading this week. I’m still working on Inland and I finally caved and ordered my own copy of A Well Trained Mind. There is too much information in there for me to take in without being able to highlight to my heart’s content. 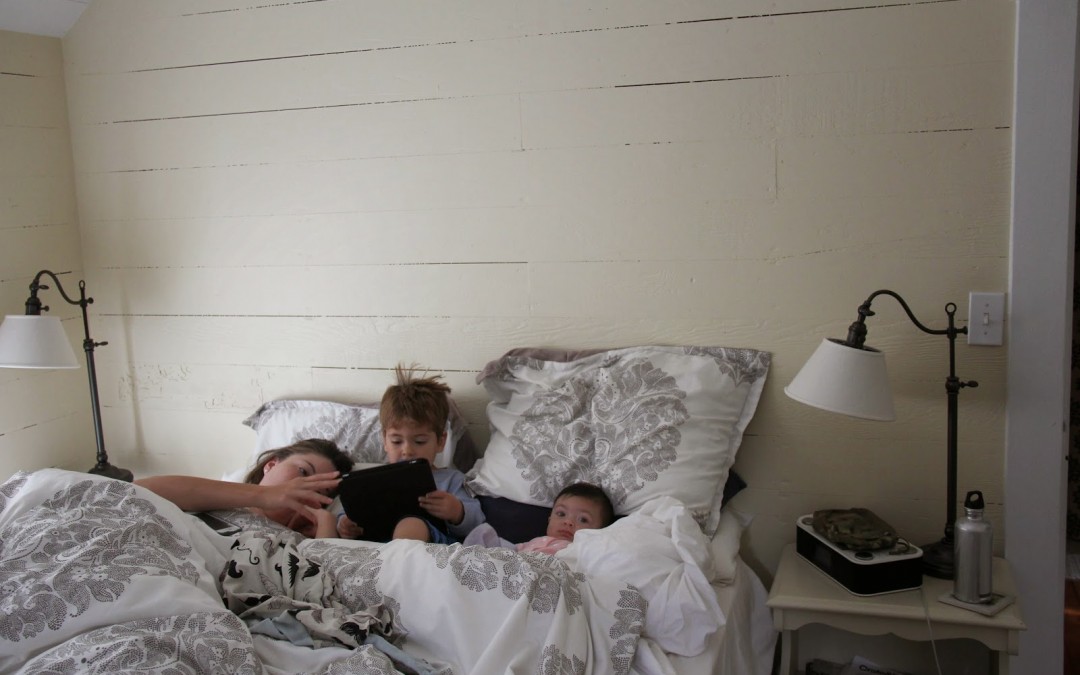 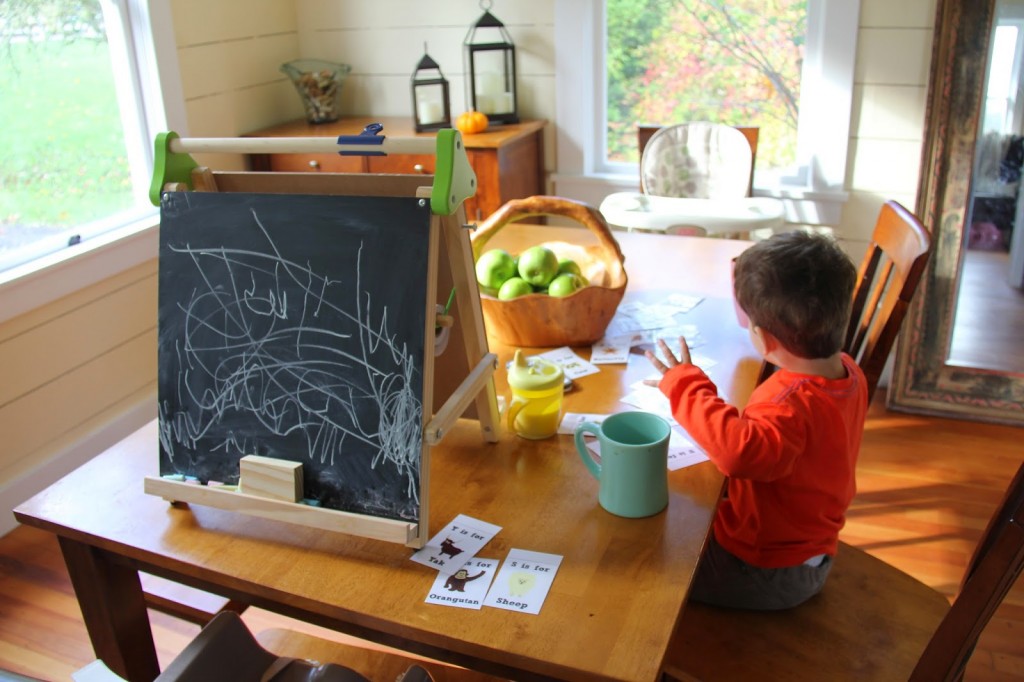 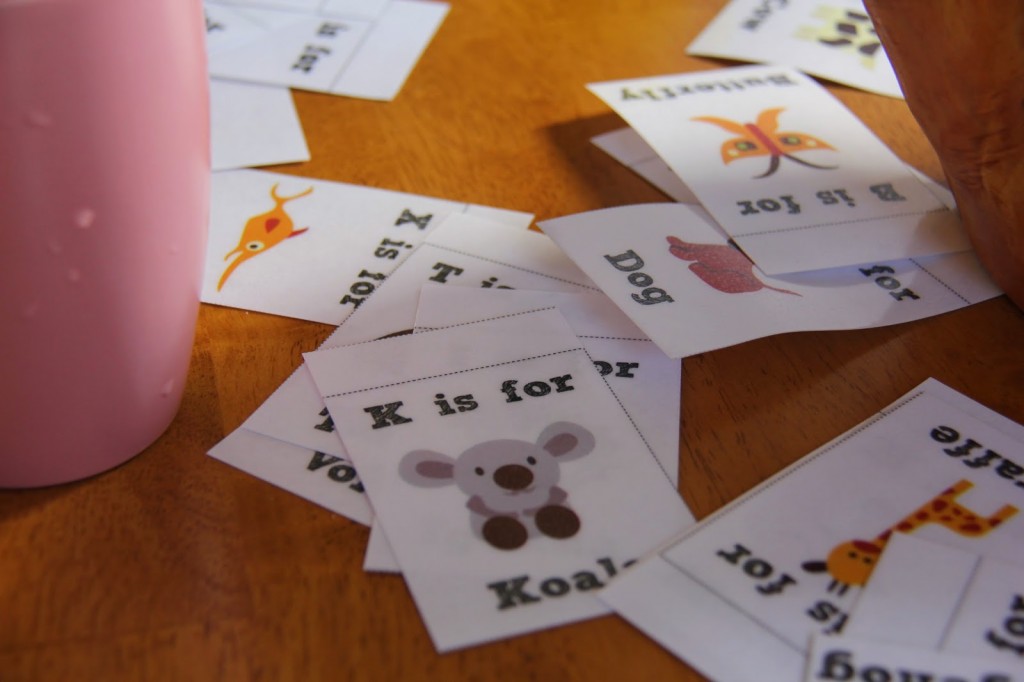 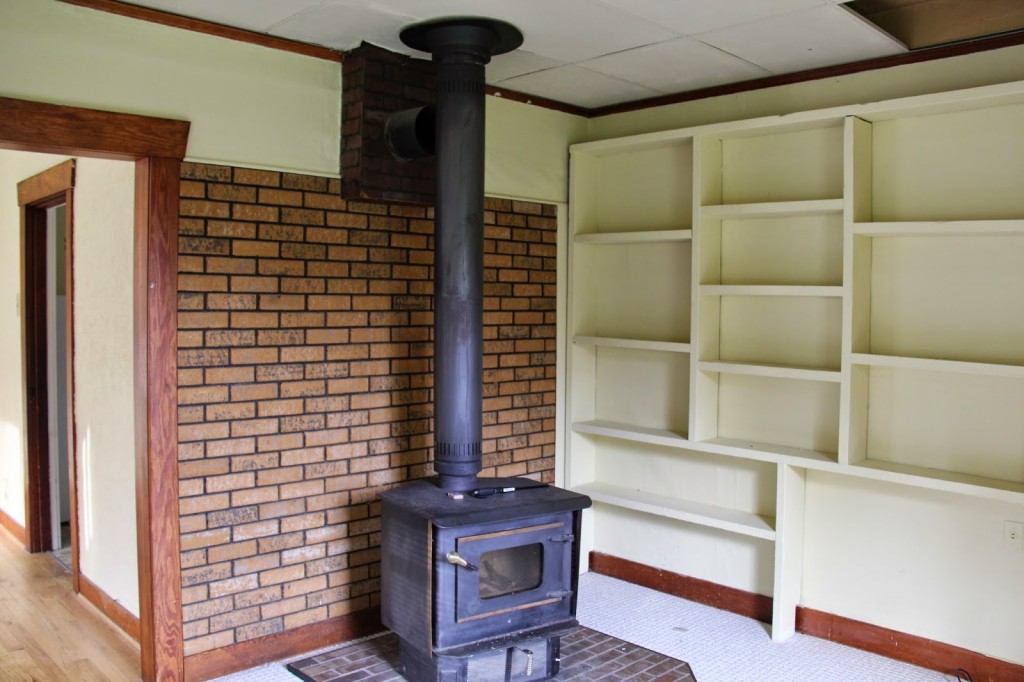 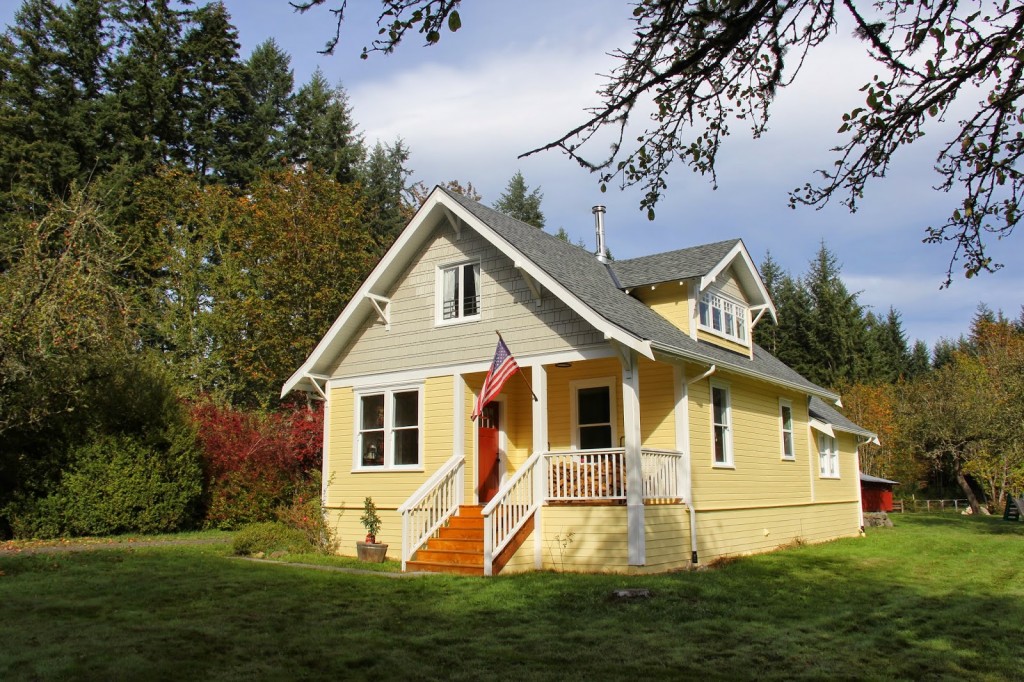 Wow, I haven’t found time to write since March? What have I been doing? Oh, that’s right, I had a baby and moved into a completely remodeled farmhouse one week prior to the birth. Once I emerged from the haze the arrival of a newborn creates, I was too busy trying to establish a routine that allowed some semblance of productivity and normalcy. I finally feel like I’ve got a decent grasp of things.

Summers on a farm are busy. You’re so busy preparing for the winter months (replacing insulation, chopping wood, canning, freezing and dehydrating food, etc.), it seems the season is over before it barely begins.

I love Fall. It allows for lazy mornings and indoor activities that you would otherwise feel guilty doing on a beautiful day. Activities like blogging, knitting, surfing Pinterest for 2 hours…you get the idea.

I’ve been trying to introduce a light preschool curriculum into Sam’s mornings. Let’s just say its been more well received than potty training. I printed out some free flashcards (aren’t they adorable) and laminated them myself. Sam seems to really enjoy them.

I chose photos that I felt represented our day to day lives these past few weeks. As you can see, we installed a brand new fireplace and that has become the main source of our heat. Gabe purchased a tiny metal grasshopper to be placed near the stove for good luck. He needs a name. “The grasshopper” won’t do. Notice we have yet to completely unpack. Those boxes are full of books and games. We have scheduled a master carpenter to come and install custom bookshelves against that wall. This will give us a place to put the books, games, photos and other chatychkes that have yet to find a place in our new home.

The outside of the house has an exponentially better facade than it had before the remodel. I love our red door. It makes me so happy every time I see it. Our landscaping is lacking but that will be a project for next summer. Once step at a time. That seems to be our motto. Sometimes one half step at a time. Better than nothing I suppose.