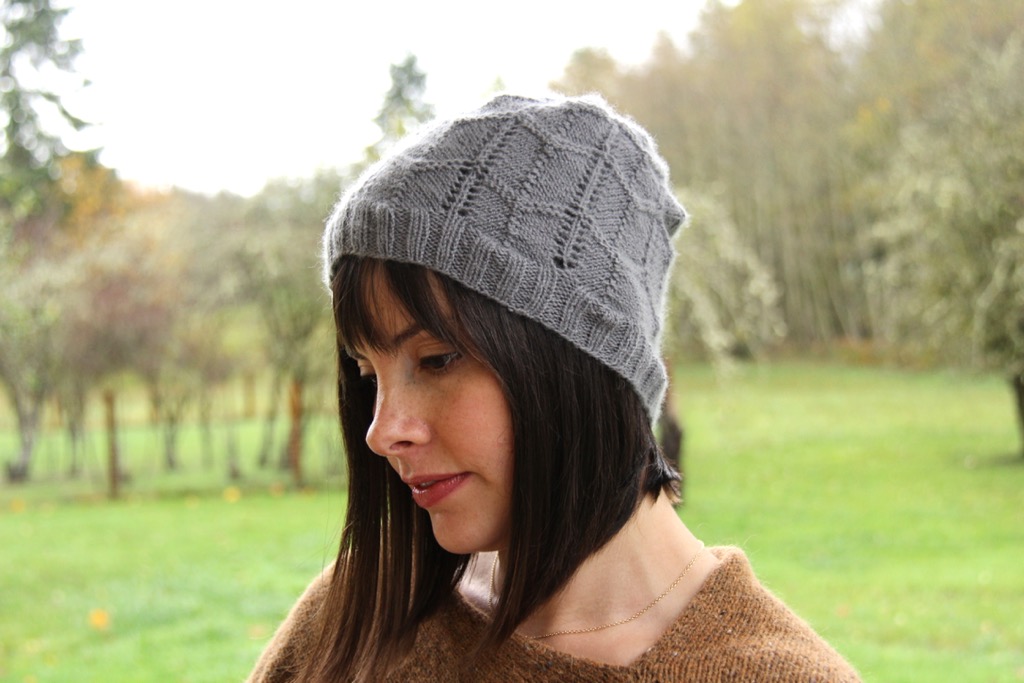 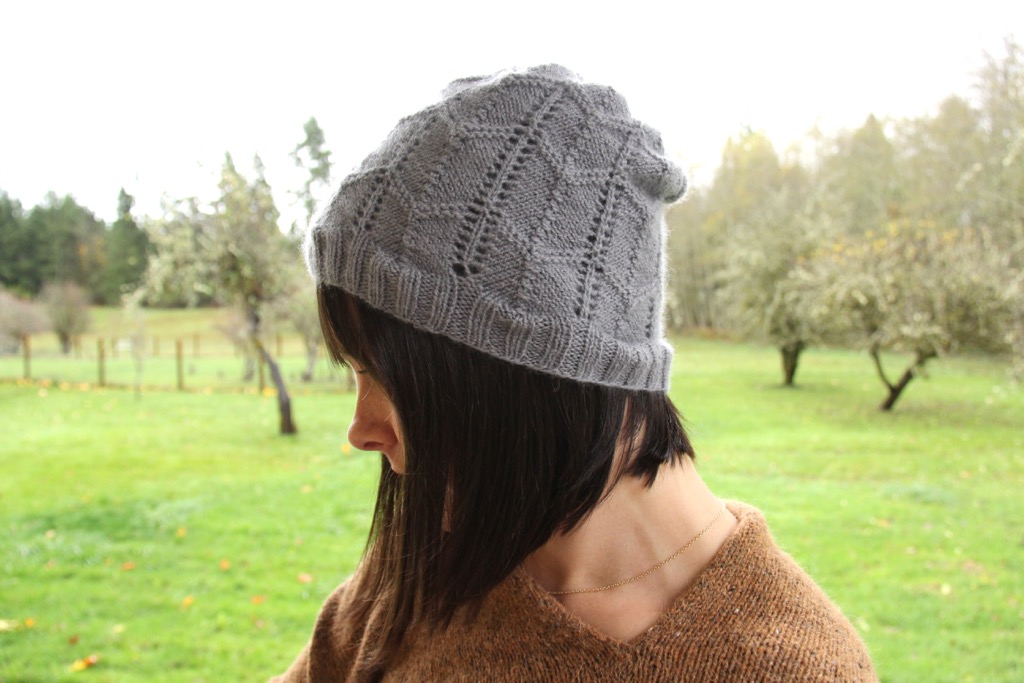 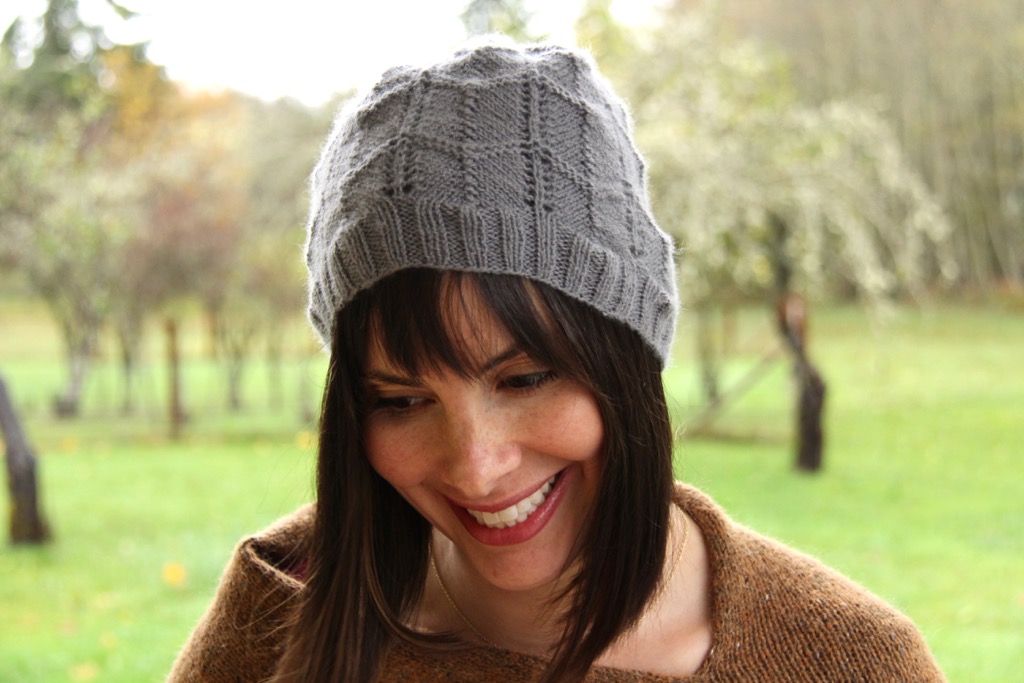 Here are photos of Swift, which I completed last month. I couldn’t find anyone to model it for me so I finally had to cave and do it myself. Gabe took the photos while the kids were napping. It was pouring down rain and dark, but we stood under our covered front porch and I think there was enough light for you to see the beautiful detailing.

It was such a fun pattern, very easy to follow and so very, very cute. The hat was designed by the very talented Shannon Cook (blog here) and I don’t think she has a pattern out there that I don’t like. The book says to block the hat but I didn’t bother. It probably would have looked better in the photos if I had blocked it but I haven’t had the time lately and I think it looks just fine without blocking.

I really like the little bit of roominess at the crown; I was worried that it might be too baggy on me because I have a small head but I think it looks okay and I like that I have extra room to tuck in my hair when I’m wearing it up in a ponytail or bun. Now that I think about it, it most likely would be baggier if I had blocked it to gauge. I guess that settles it: this hat will never be blocked!

Yesterday after my haircut I decided to pop into my local yarn shop “just for a minute.” I was sans children and I think anyone who has small children and knits knows that bringing your kids into a yarn store to peruse the merchandise is about as relaxing as hanging off a cliff without a rope. Anyway, I took advantage of my alone time and picked up a few beautiful skeins of worsted wool for my next project. I’ll post more on that later.

In case anyone is wondering, the yarn is Woolfolk Tynd, in color No 3