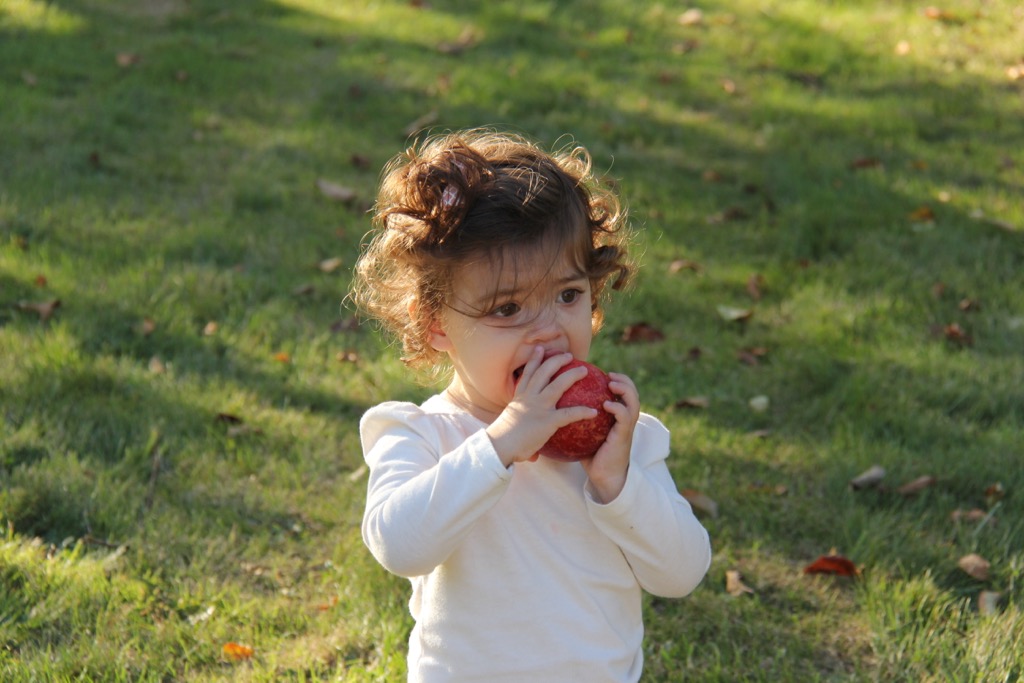 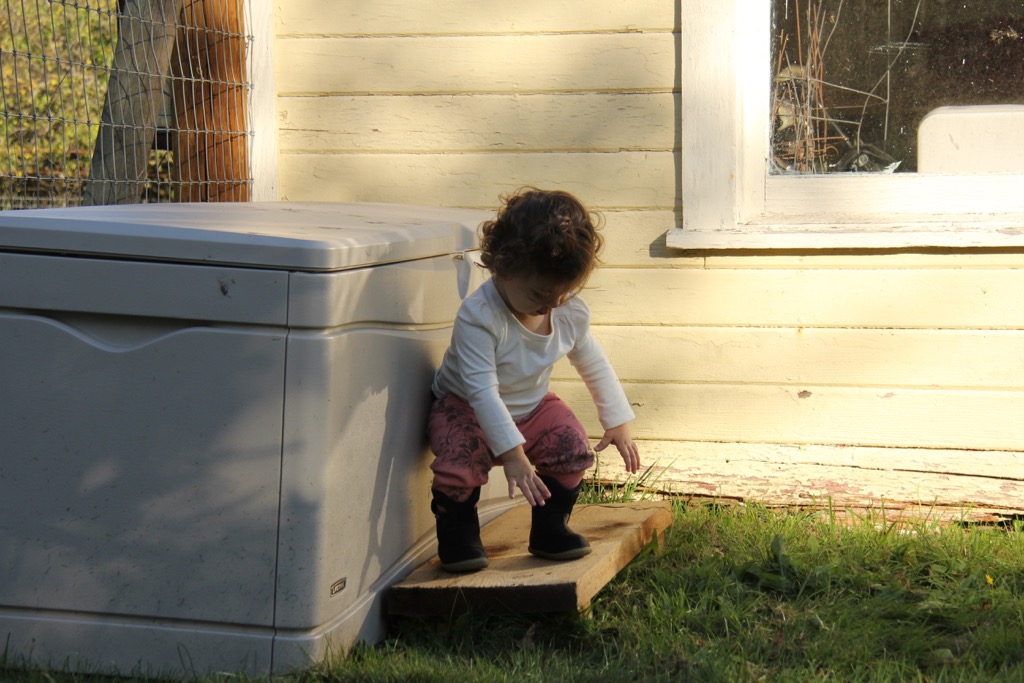 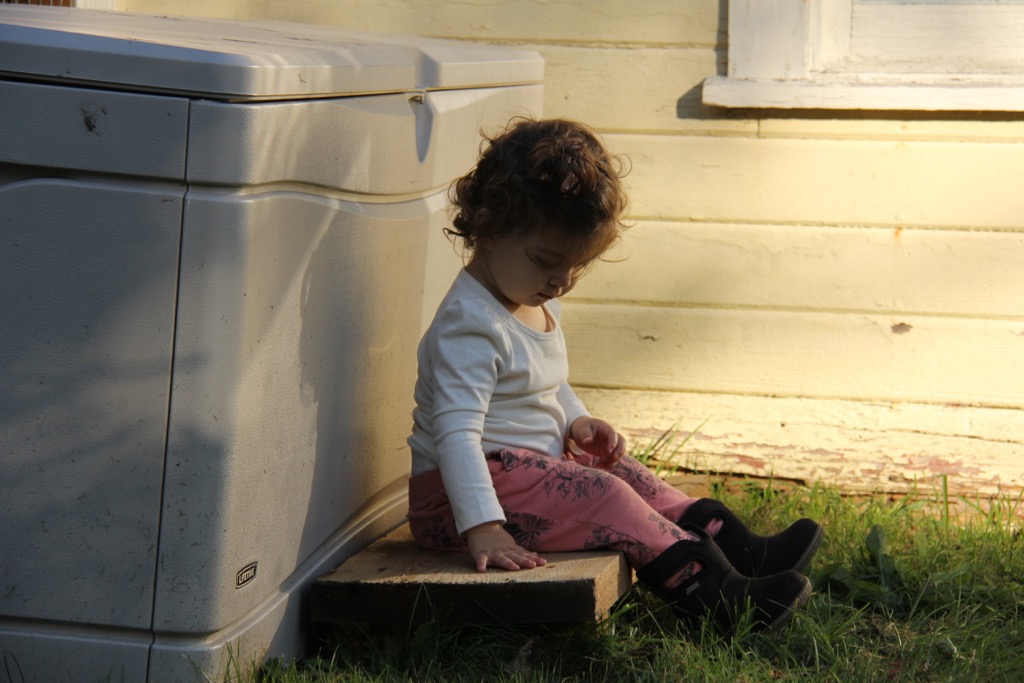 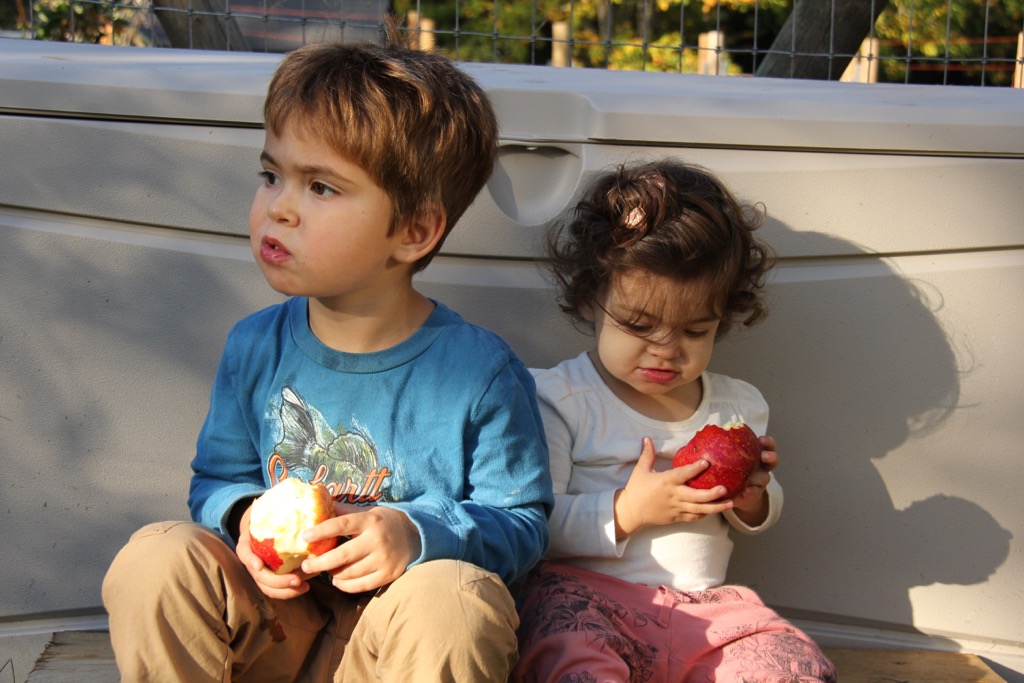 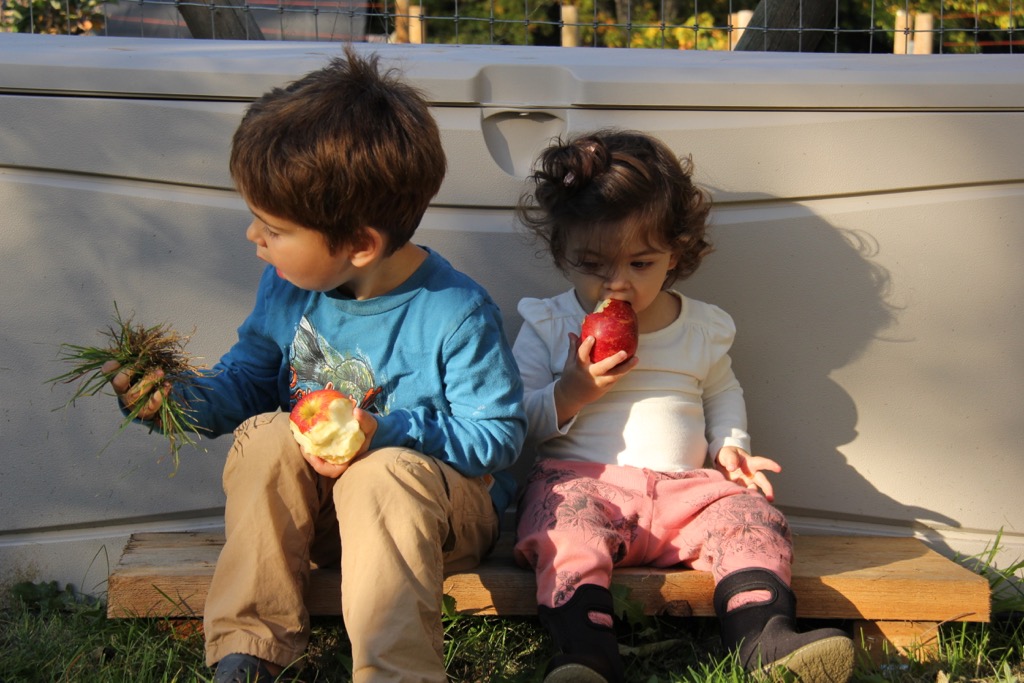 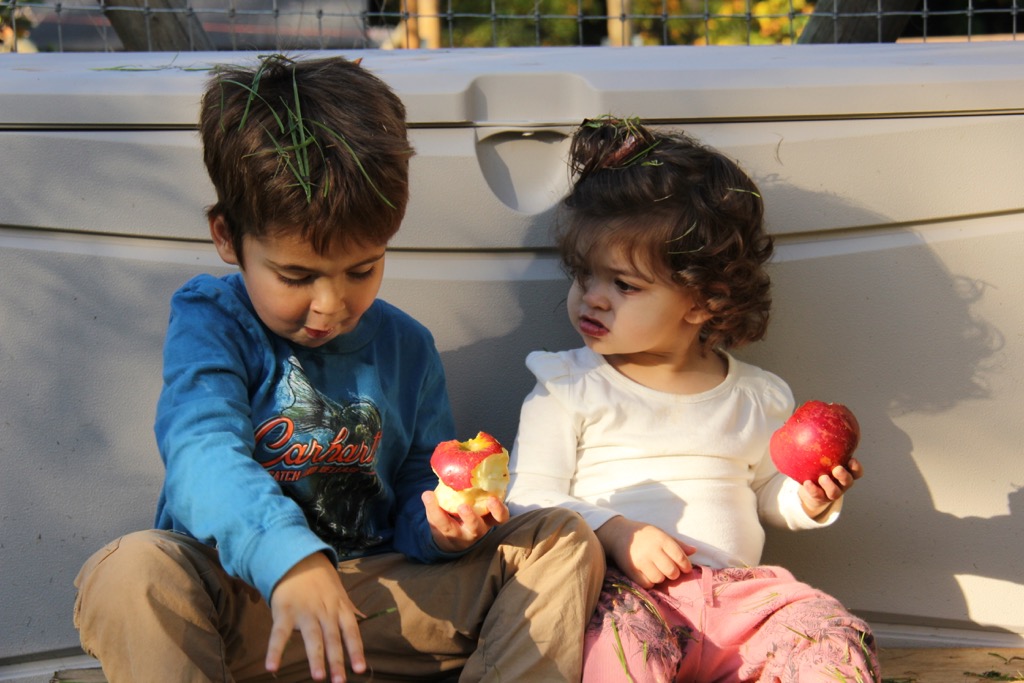 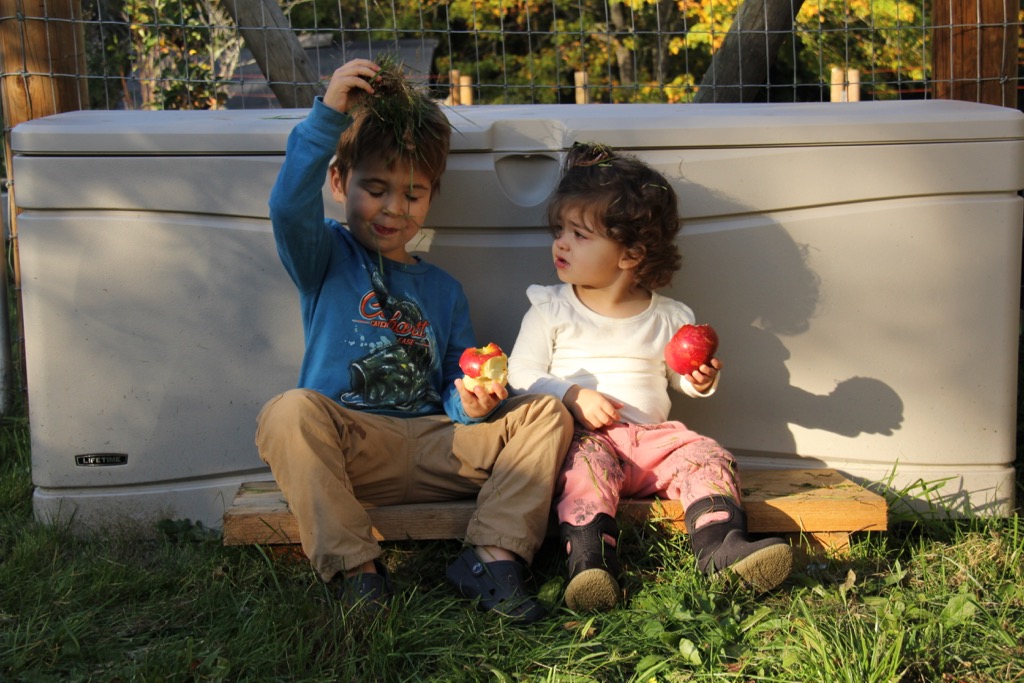 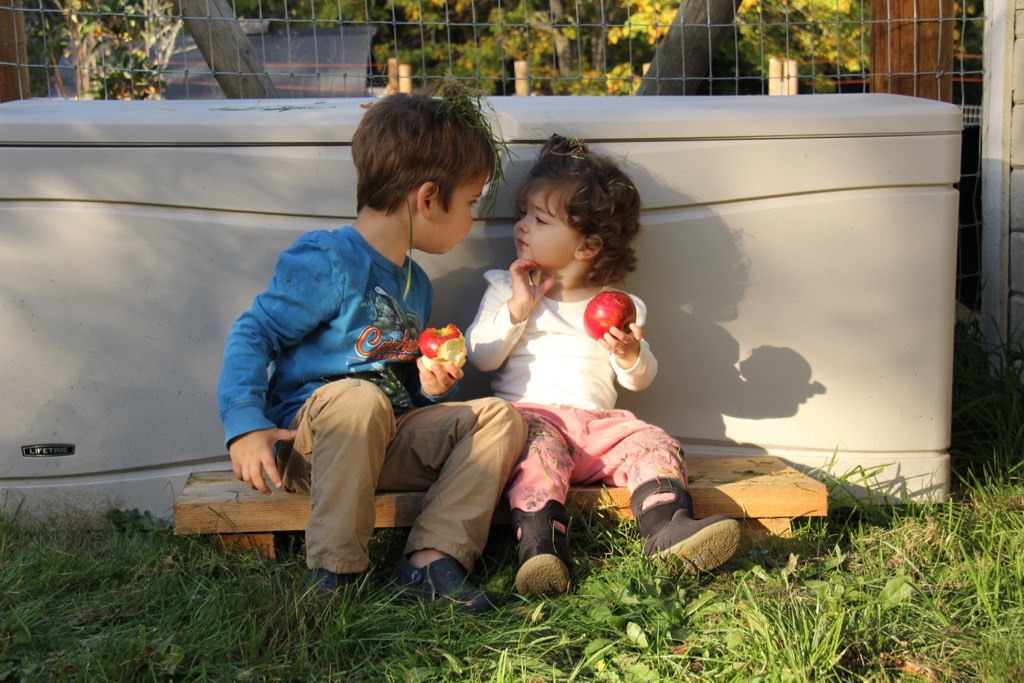 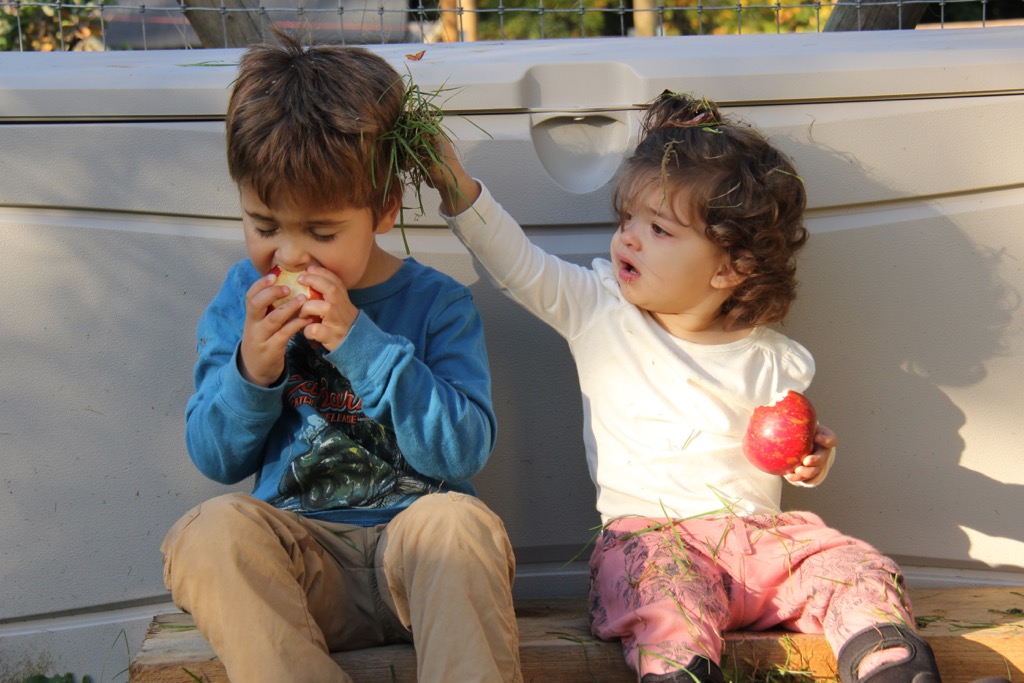 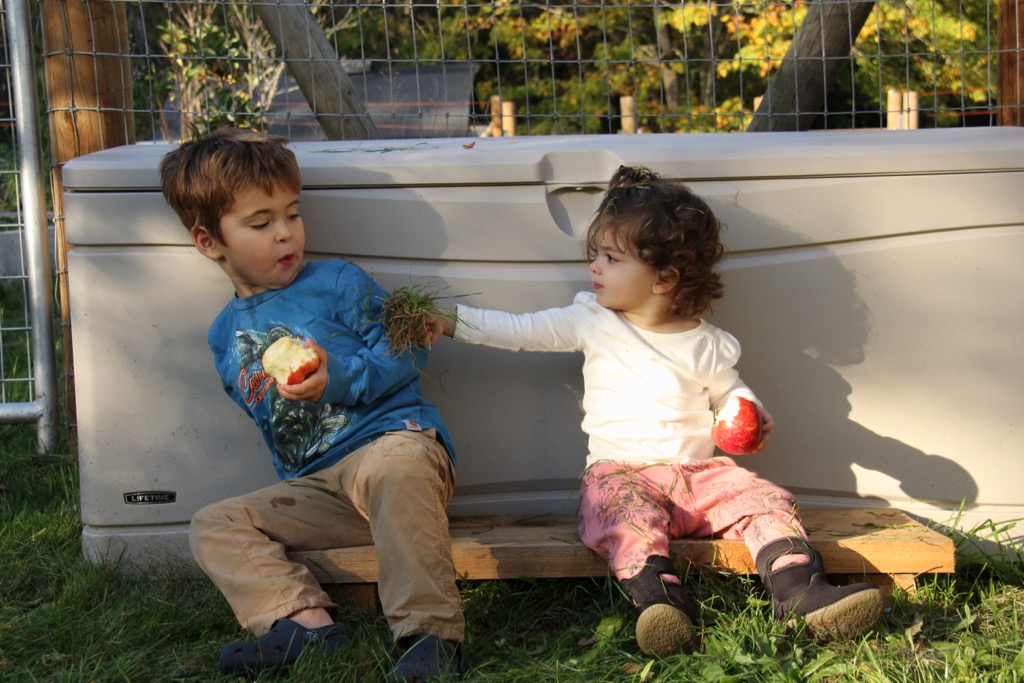 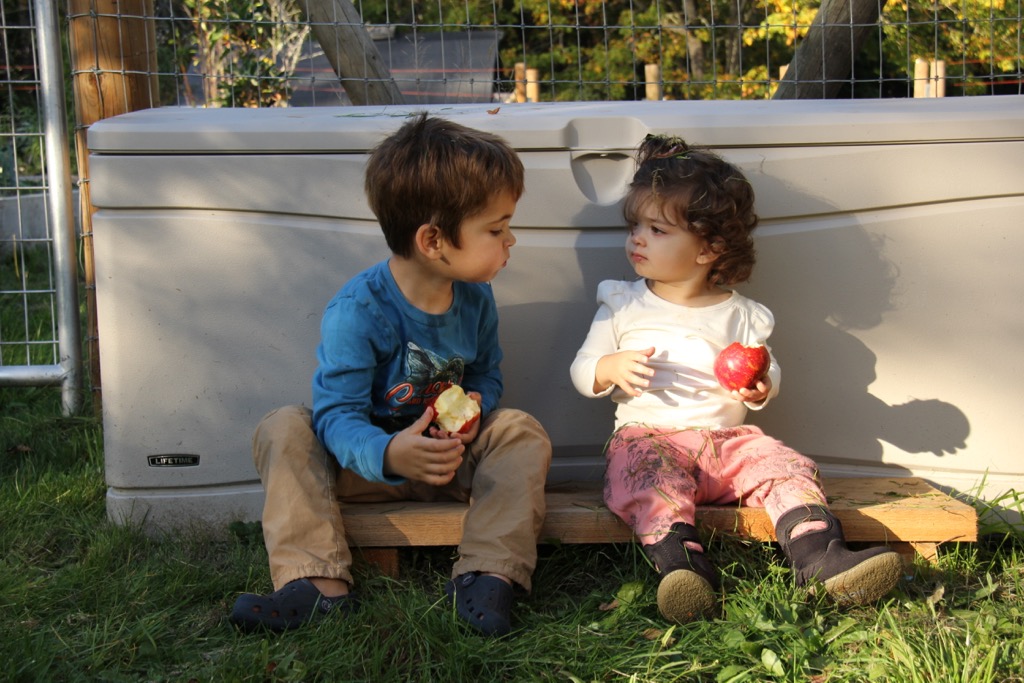 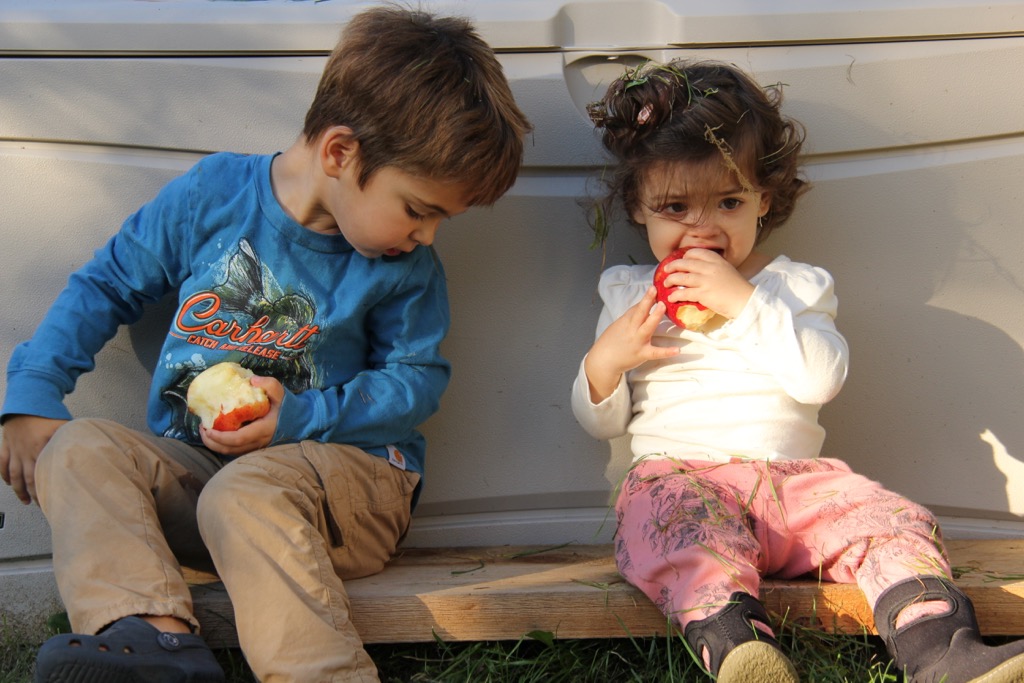 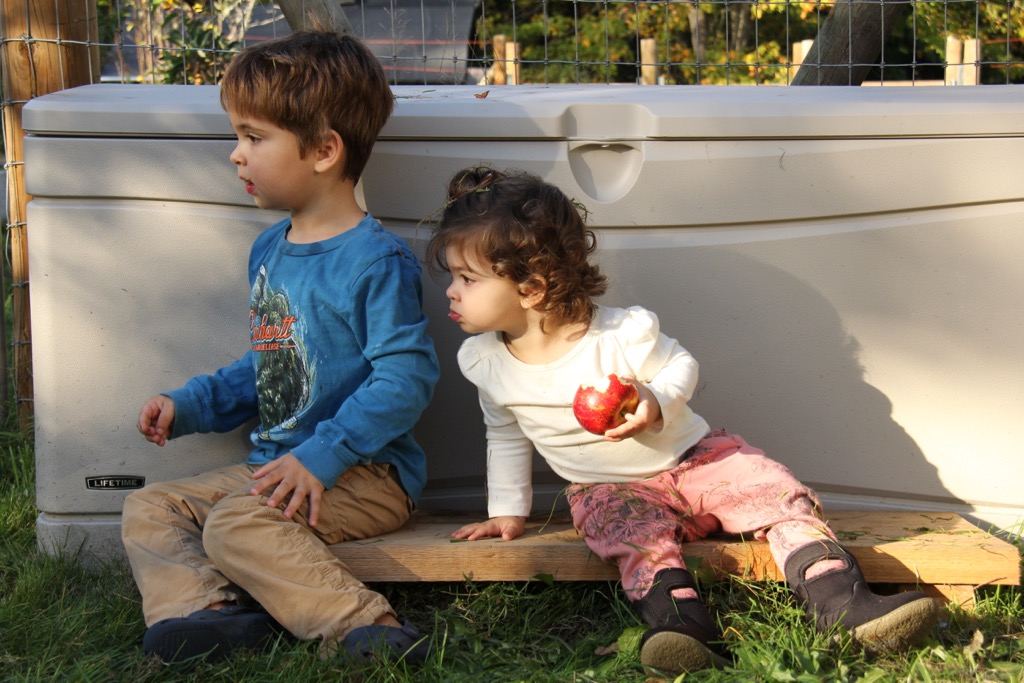 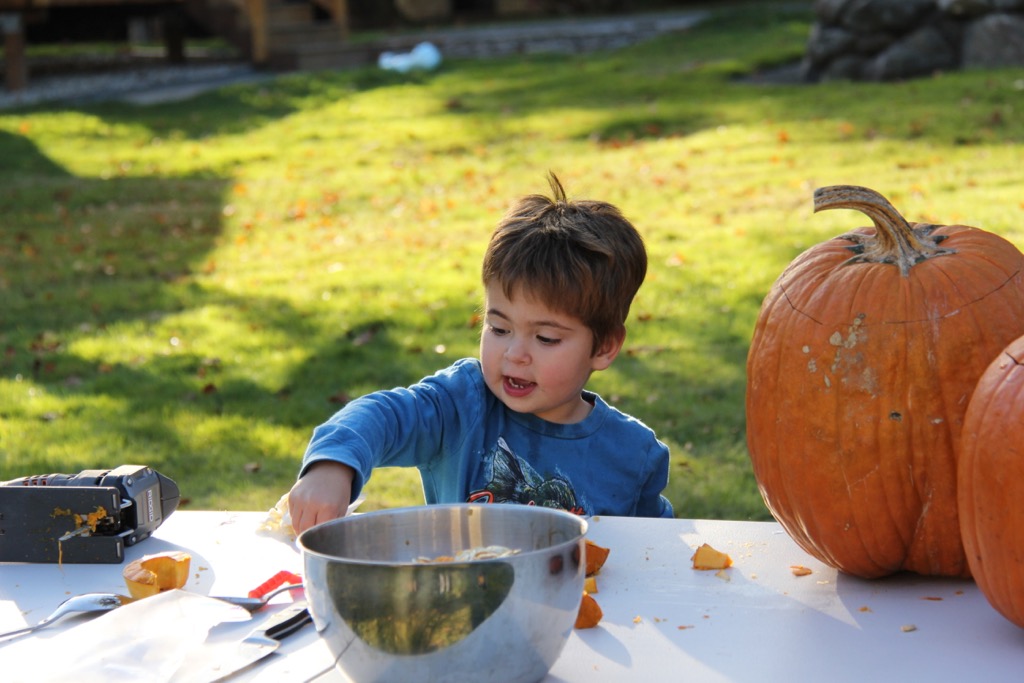 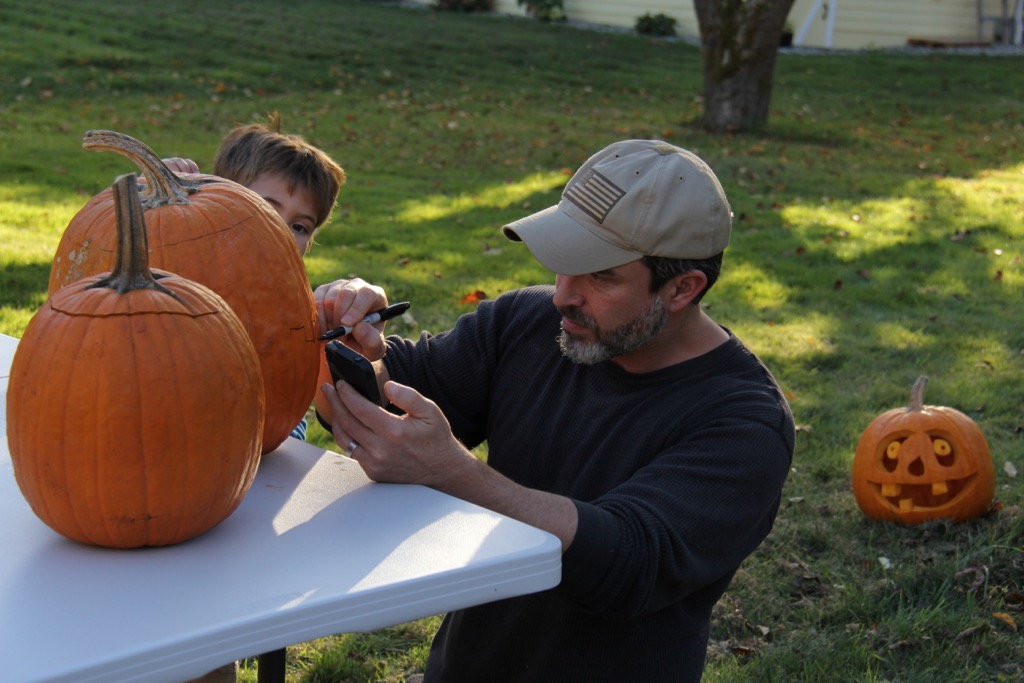 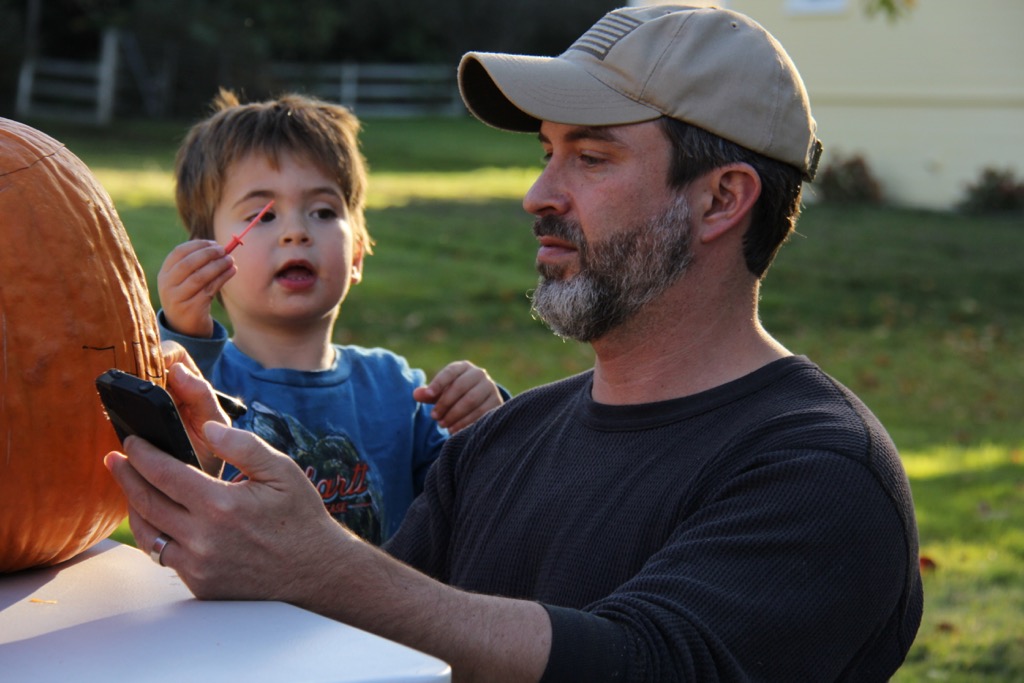 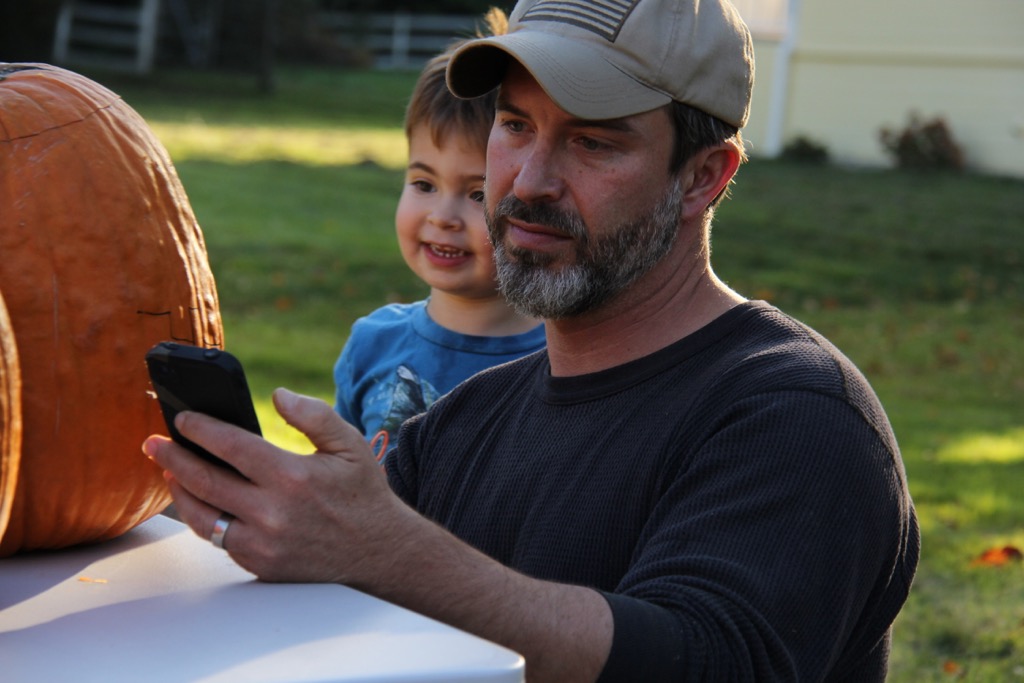 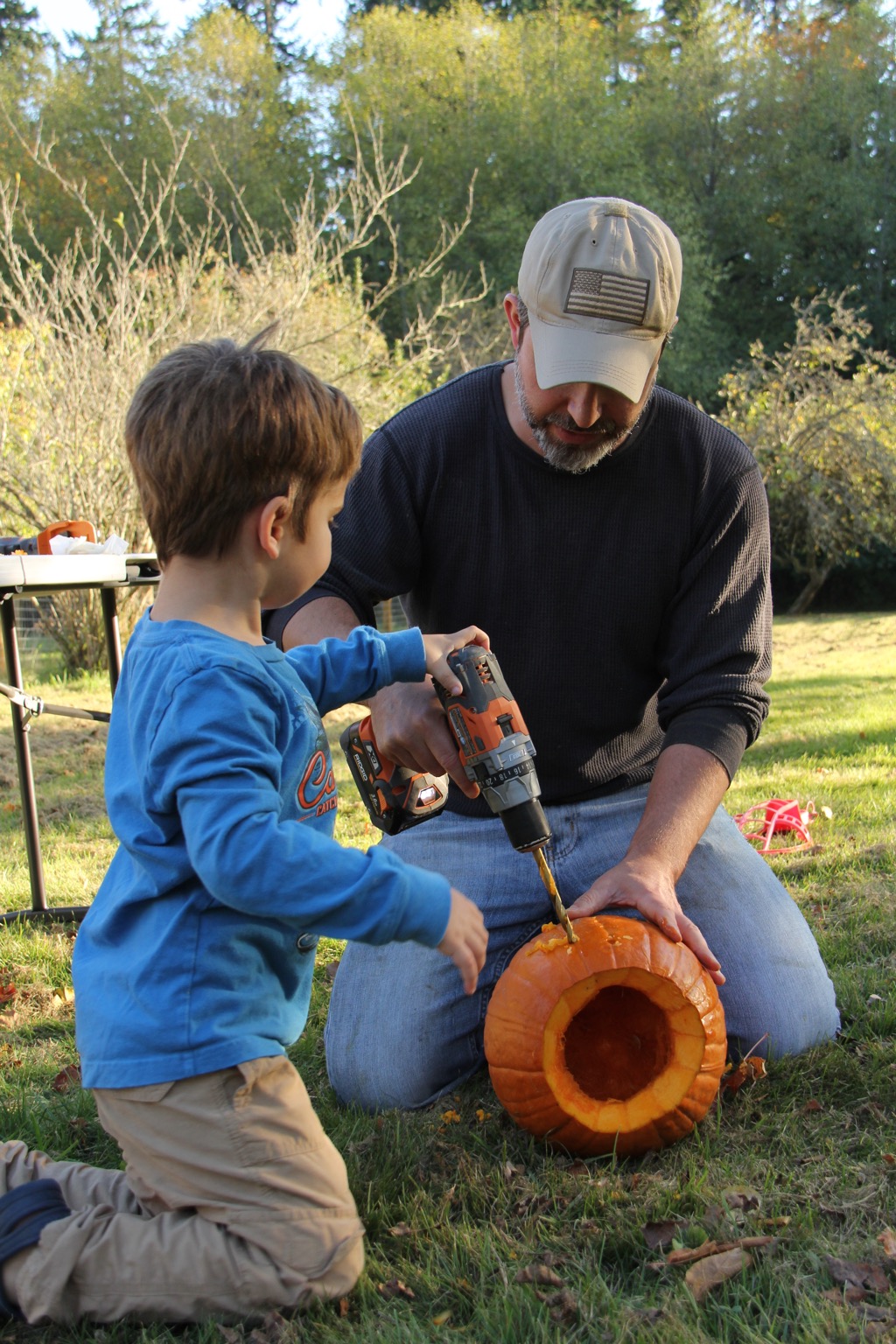 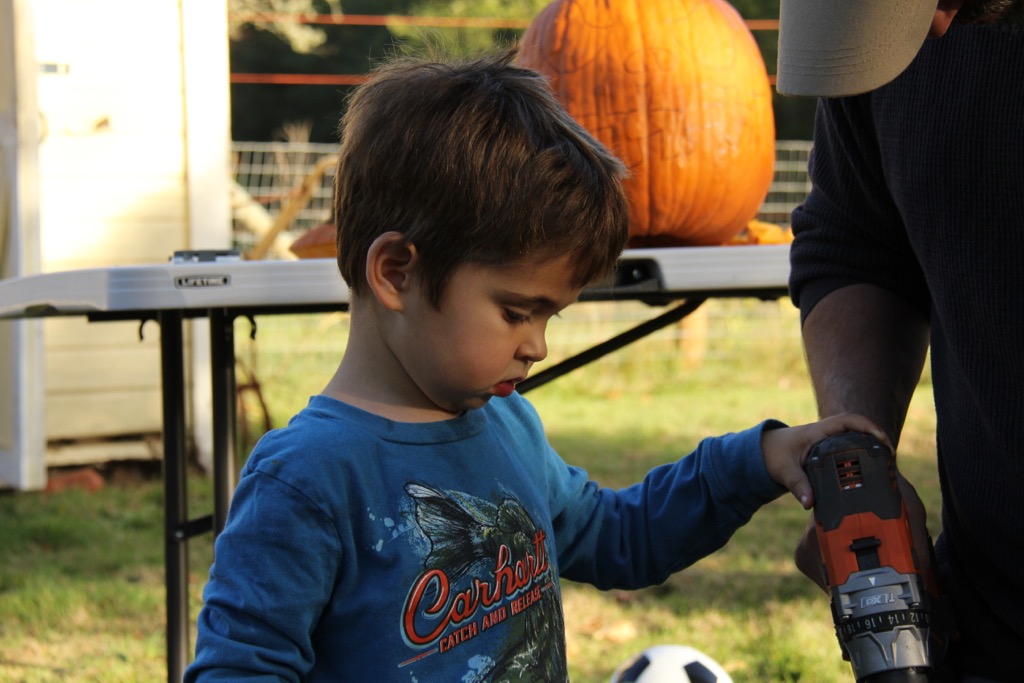 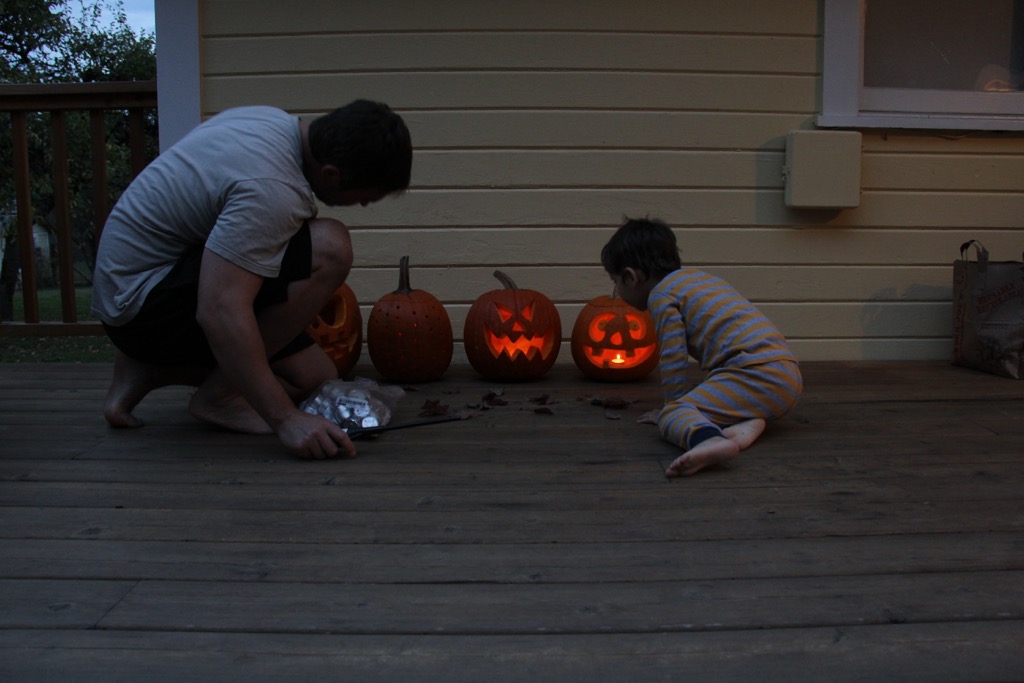 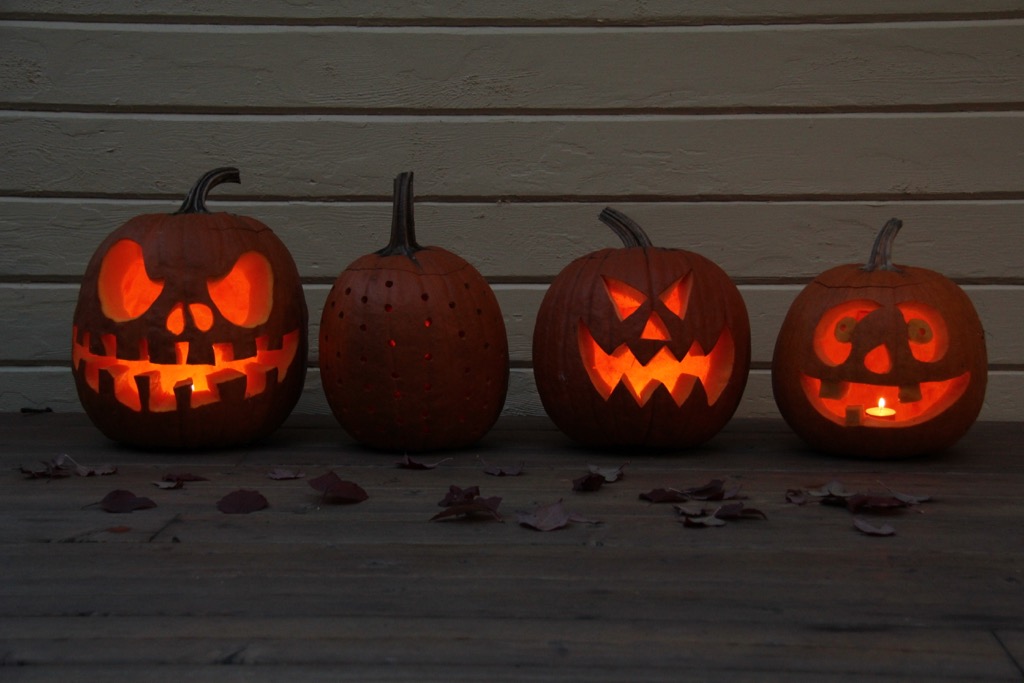 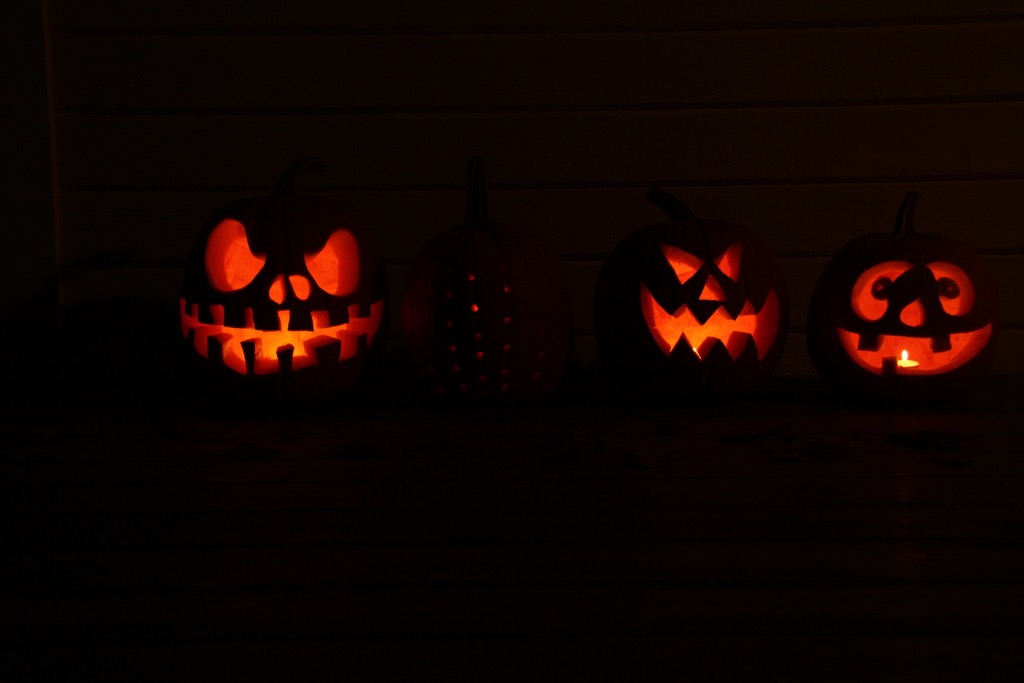 I keep going back to the series of photos that show Sam and Eddie taking turns putting grass on each other’s heads. I laugh every time I look at them.

I stopped by a farmer’s market and purchased some carving pumpkins. Gabe was working a lot this week and I didn’t have the time or the inclination to visit a pumpkin patch with the kids all by myself. We decided to carve them up this weekend and we couldn’t have chosen a better day. It was sunny, but the air was crisp and it smelled like fall. The kids ran around the yarn, picking apples off the ground and playing in the grass. Occasionally Sam would try to help Gabe carve, but then something else would grab his attention and he would run off, leaving Gabe to take care of the majority of carving duties. I don’t think Eddie could have cared less what we were doing with the pumpkins. She had an apple in her hand and the entire family was outside. Her version of heaven.

Per usual, Gabe’s OCD took control of the situation, and after choosing three specific designs, he free hand drew them onto the pumpkins, referencing the design photos from his phone. Then he meticulously cut out each design using his drill, jigsaw, and a variety of kitchen knives. I made fun of him for turning a simple child’s activity into a full blown artistic endeavor, but I have to admit, the pumpkins look amazing. The pumpkin with the little holes drilled into it was supposed to have a disco ball effect, but we didn’t use a big enough drill bit, so the candle light doesn’t really show through the holes. Oddly enough, we did the exact same disco ball design last year, and made the same mistake; the holes were too small. We had to go back and re-drill, using a slightly larger bit. Apparently one of us needs to write down the bit size needed, lest we repeat the same mistake three years in a row.

It’s so much fun celebrating Halloween now that I have at least one kid who is old enough to understand what the holiday is all about: candy, costumes, spooky stories and of course, Jack-O-Lanterns! Sam talks about it every day and I think I’m almost as excited for trick-or-treating as he is.