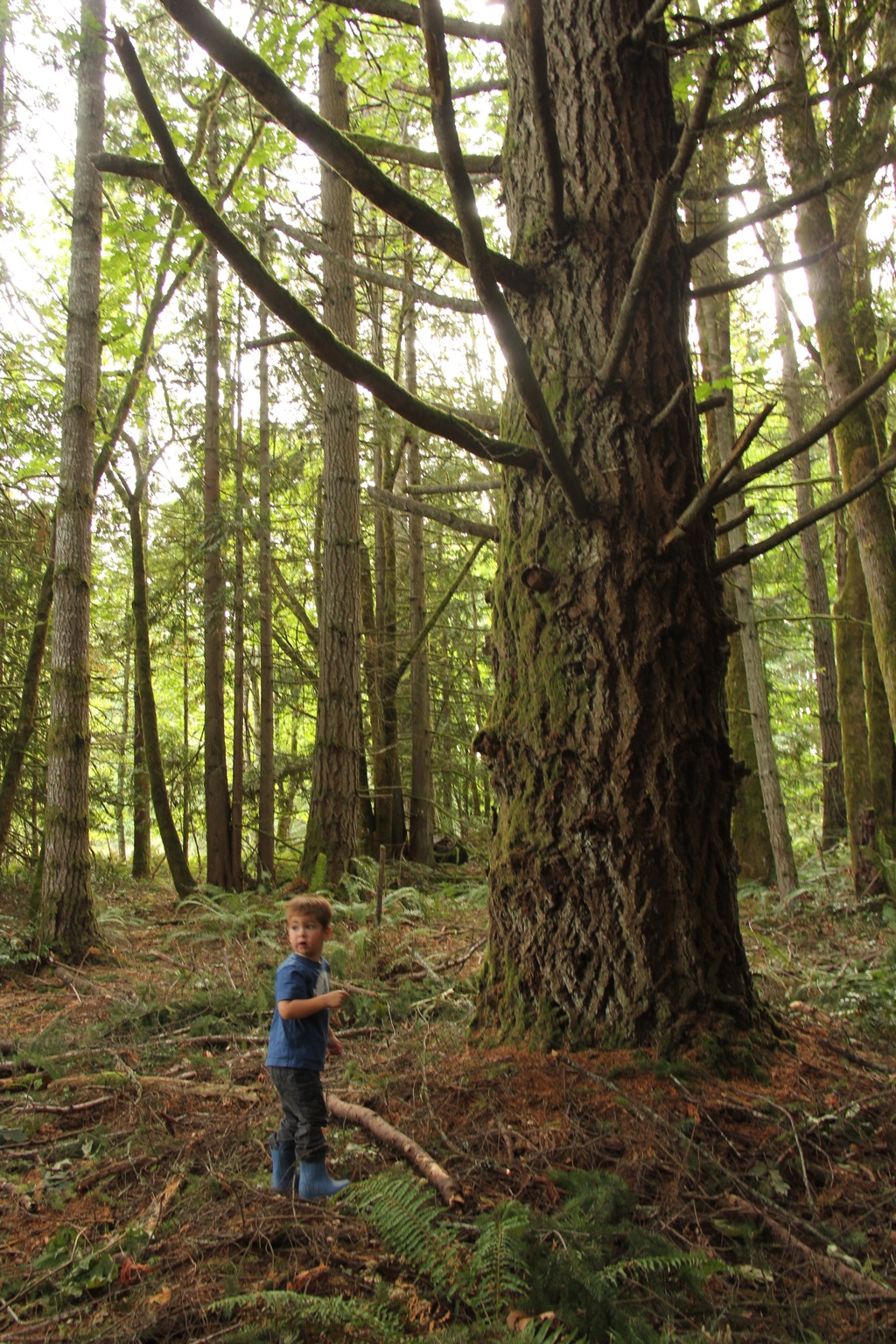 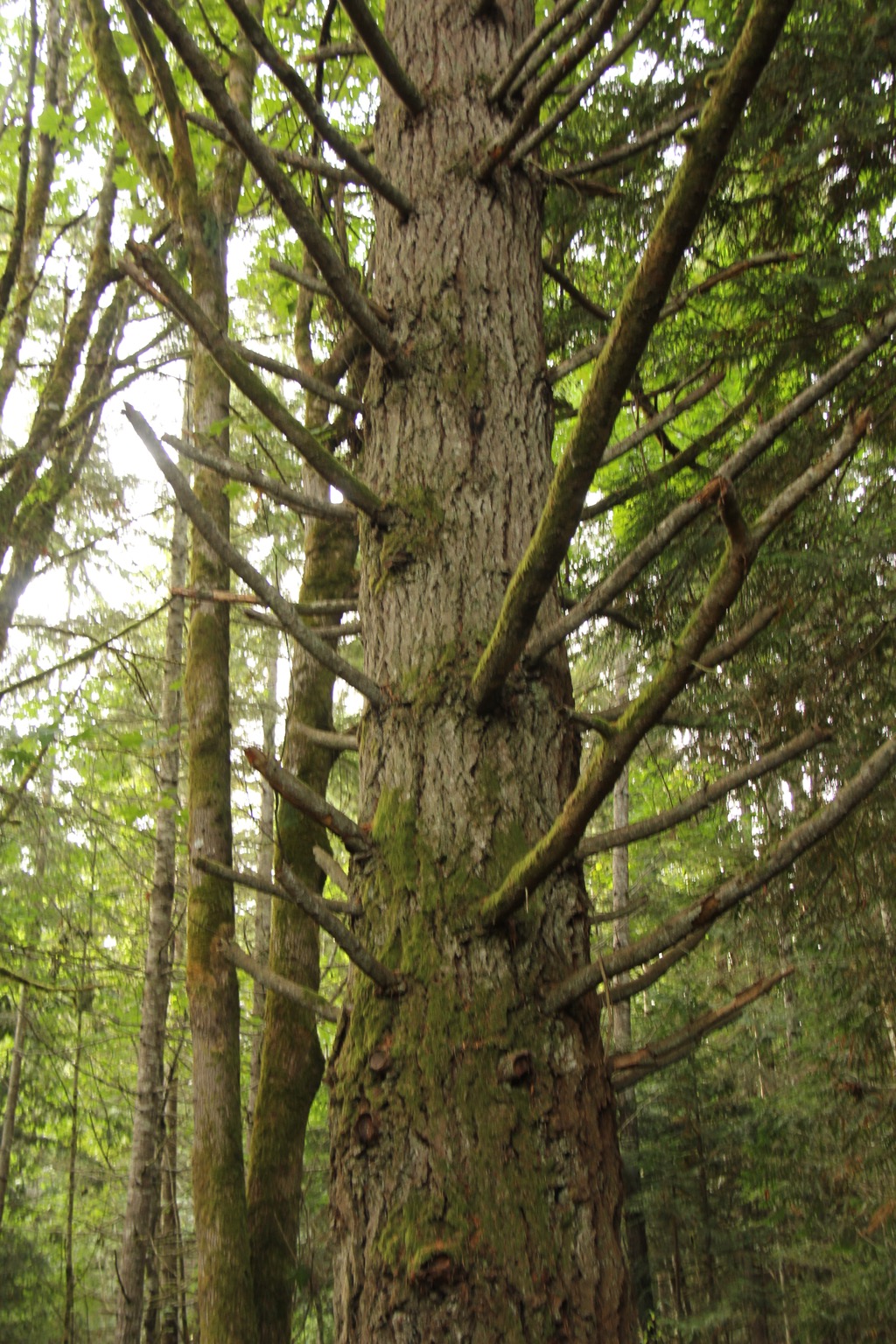 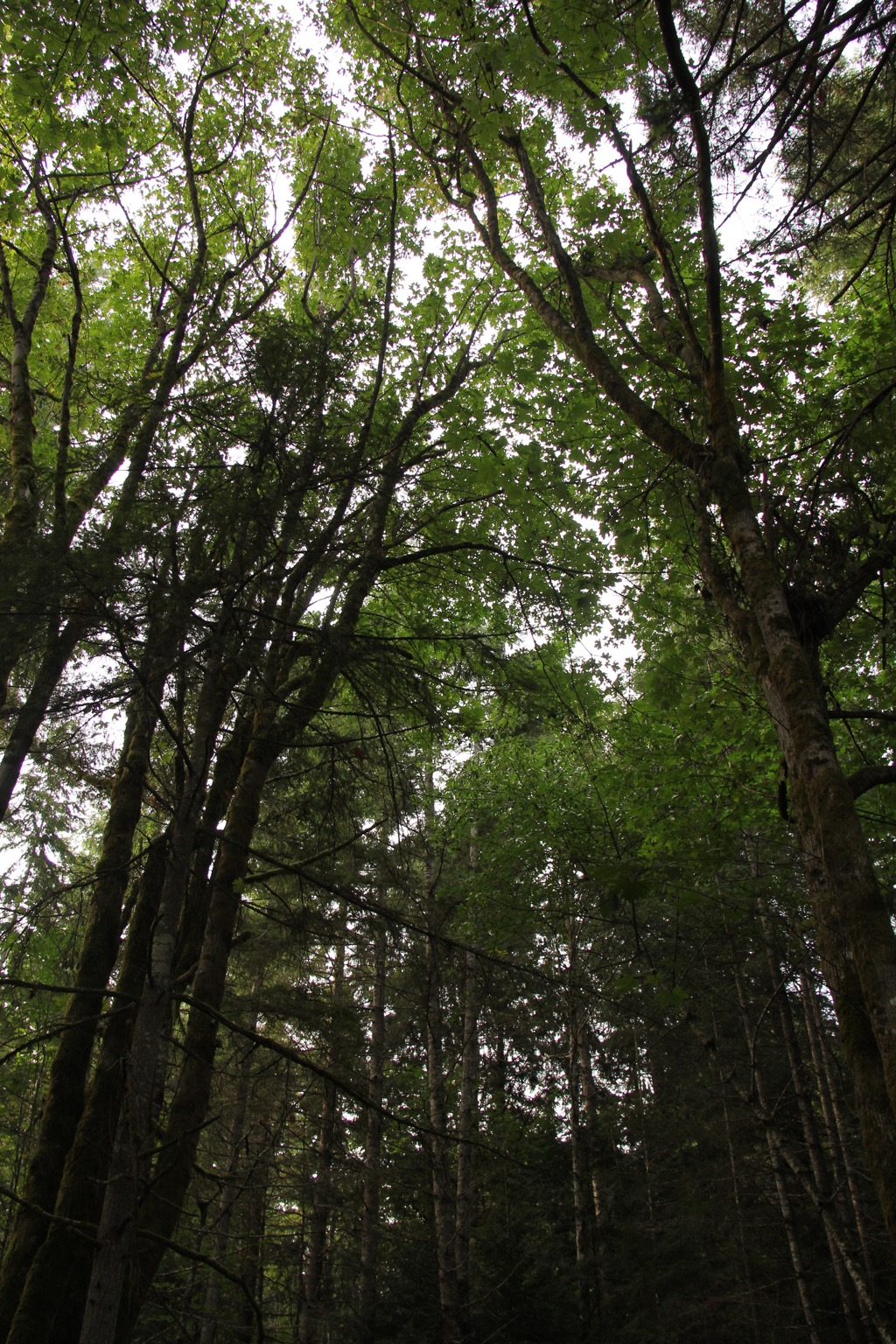 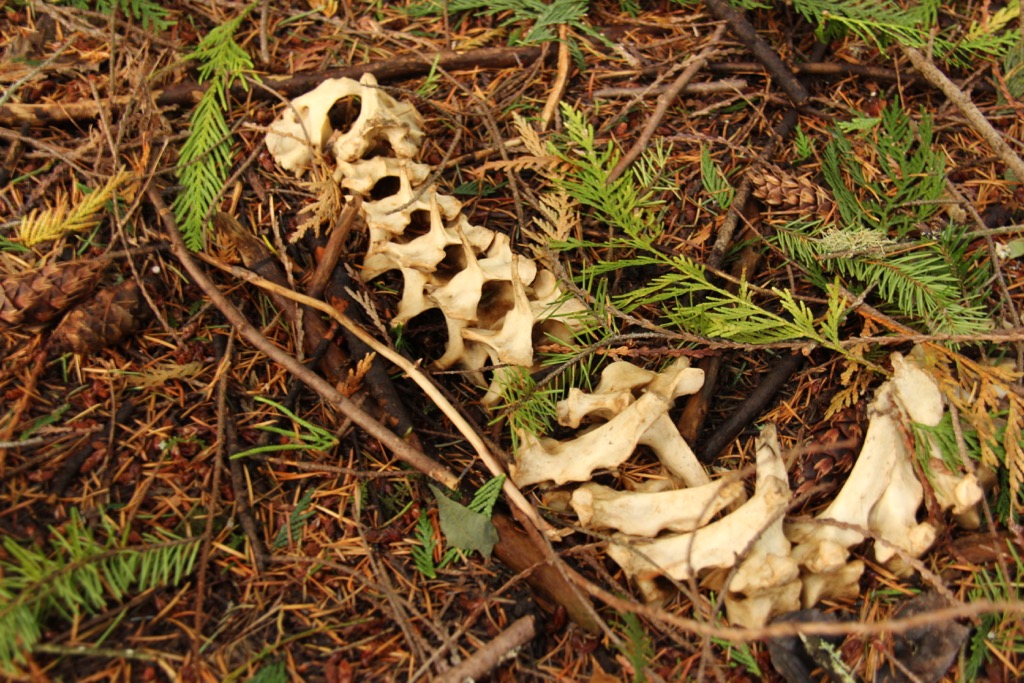 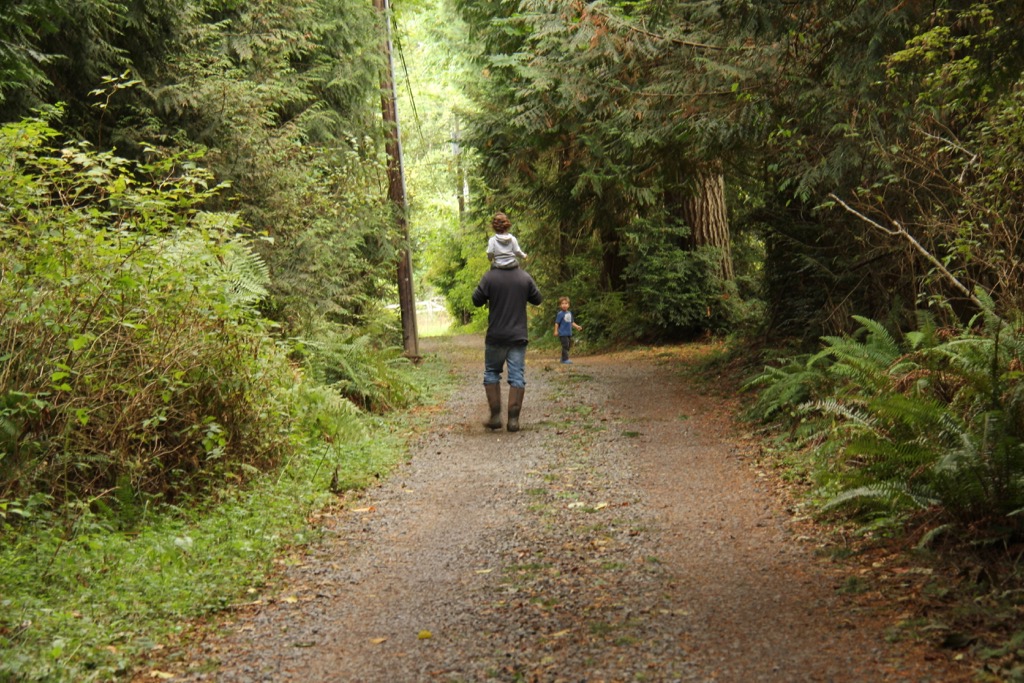 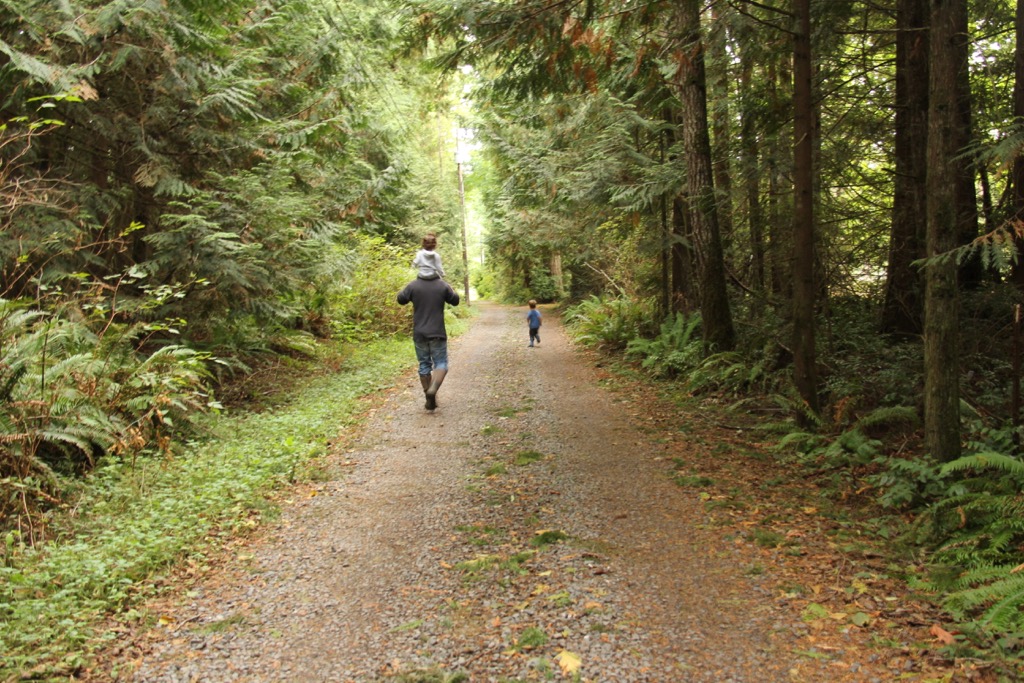 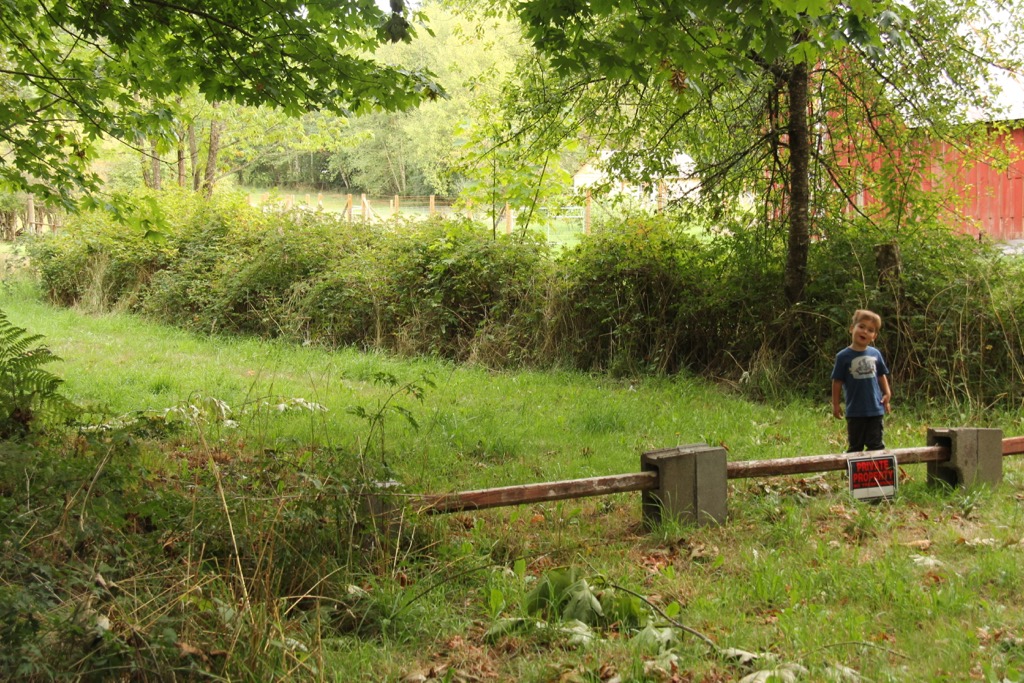 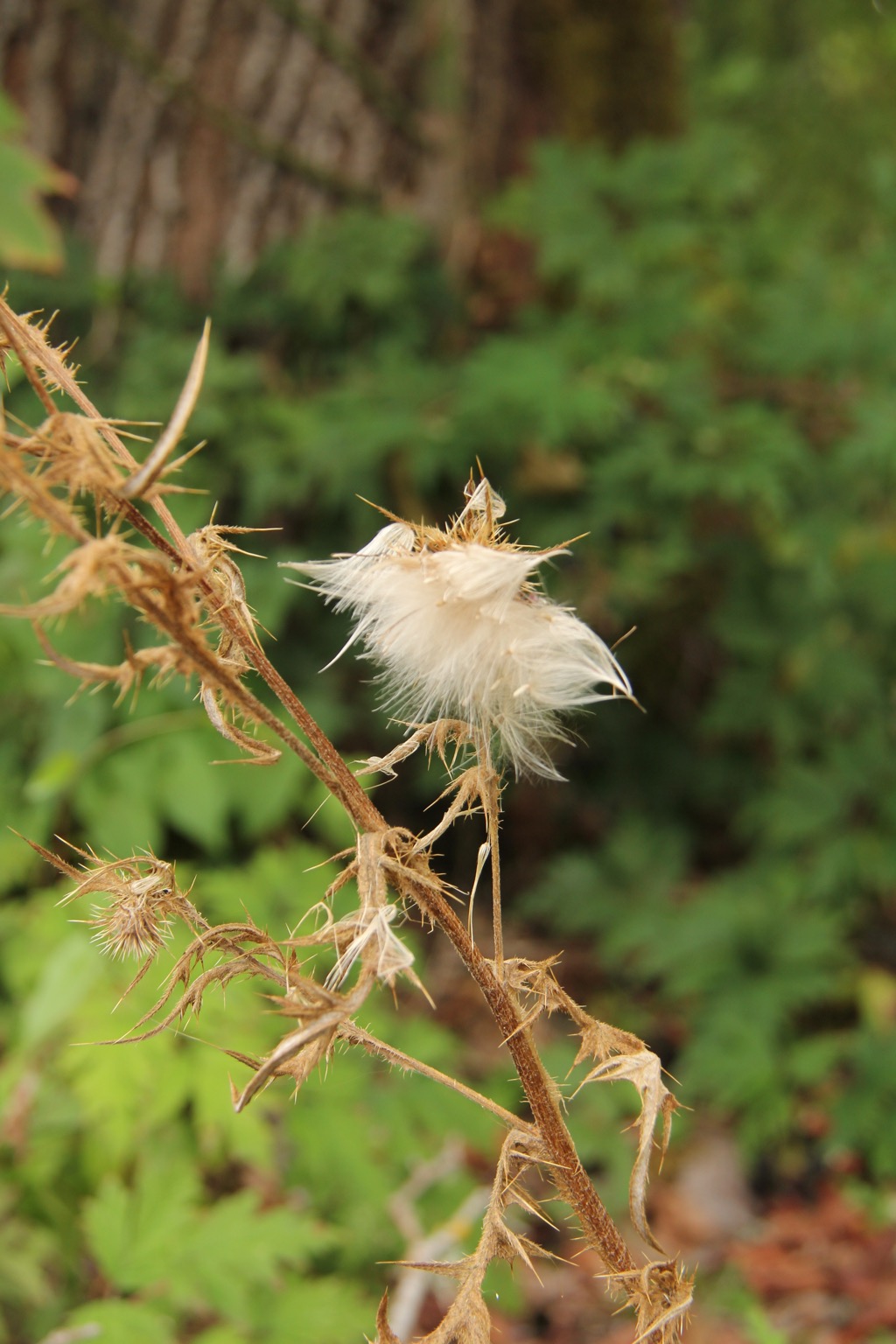 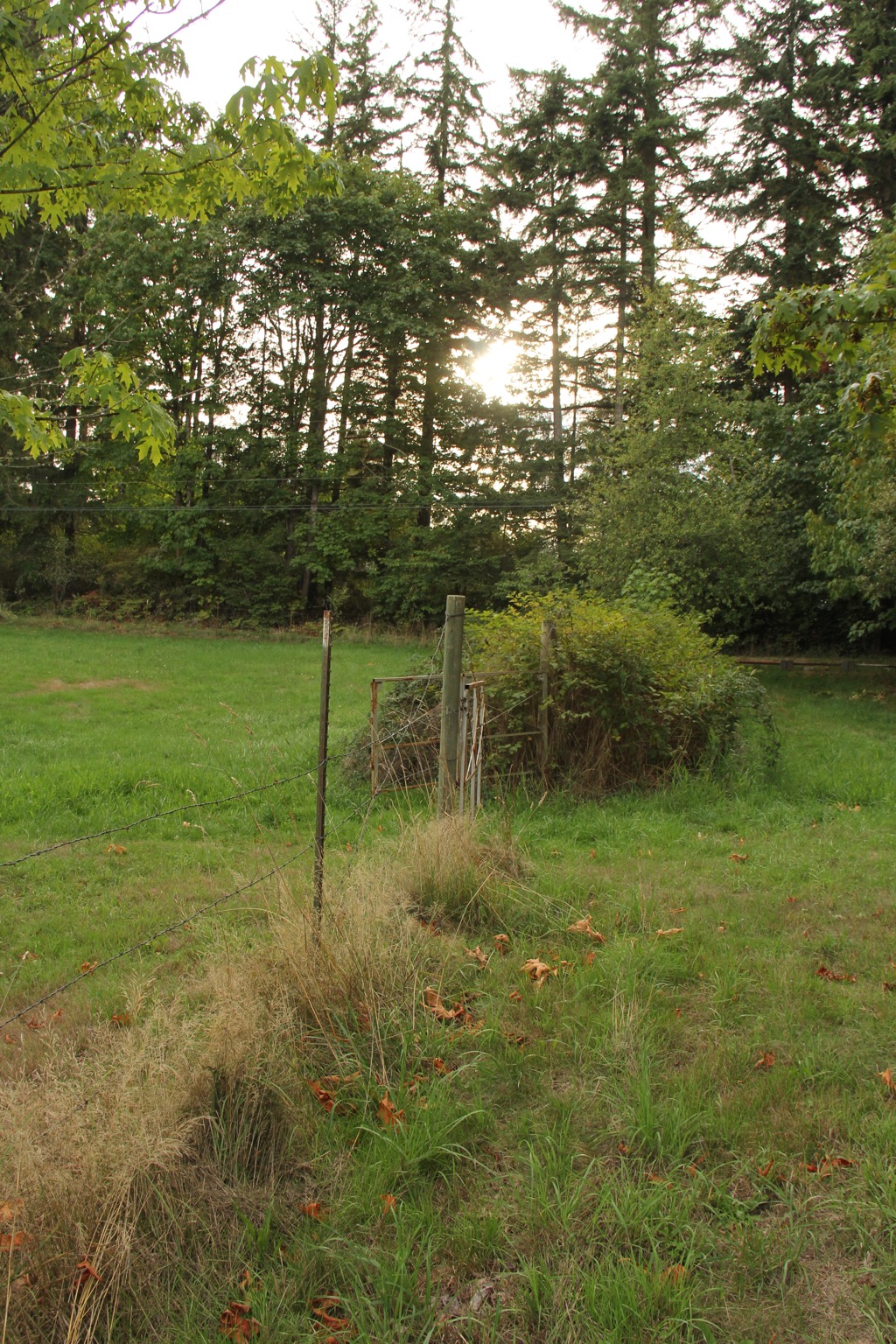 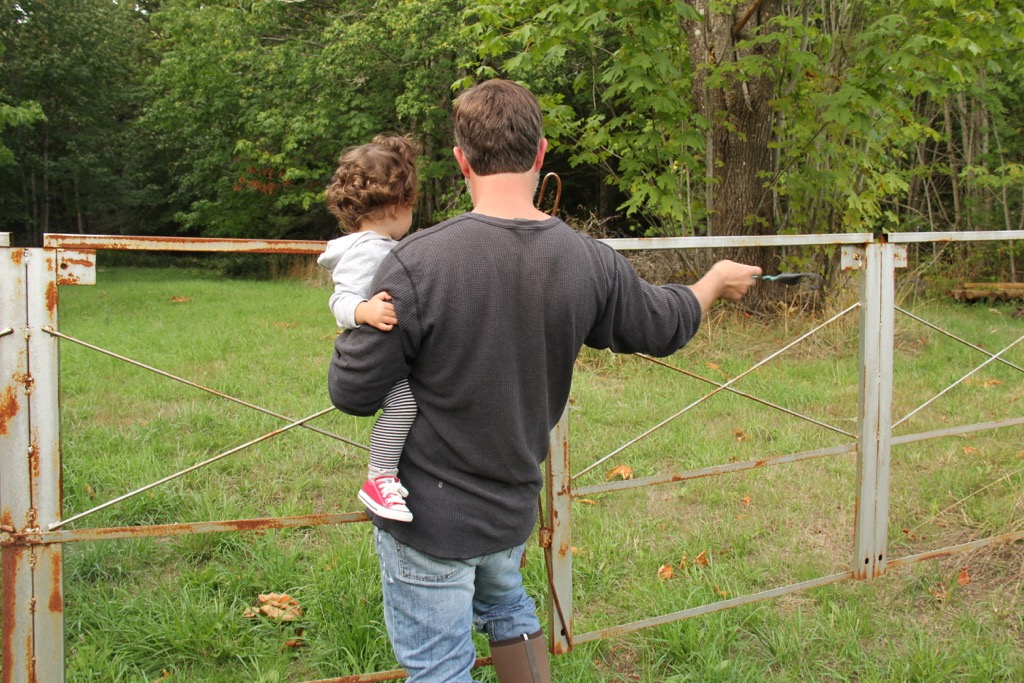 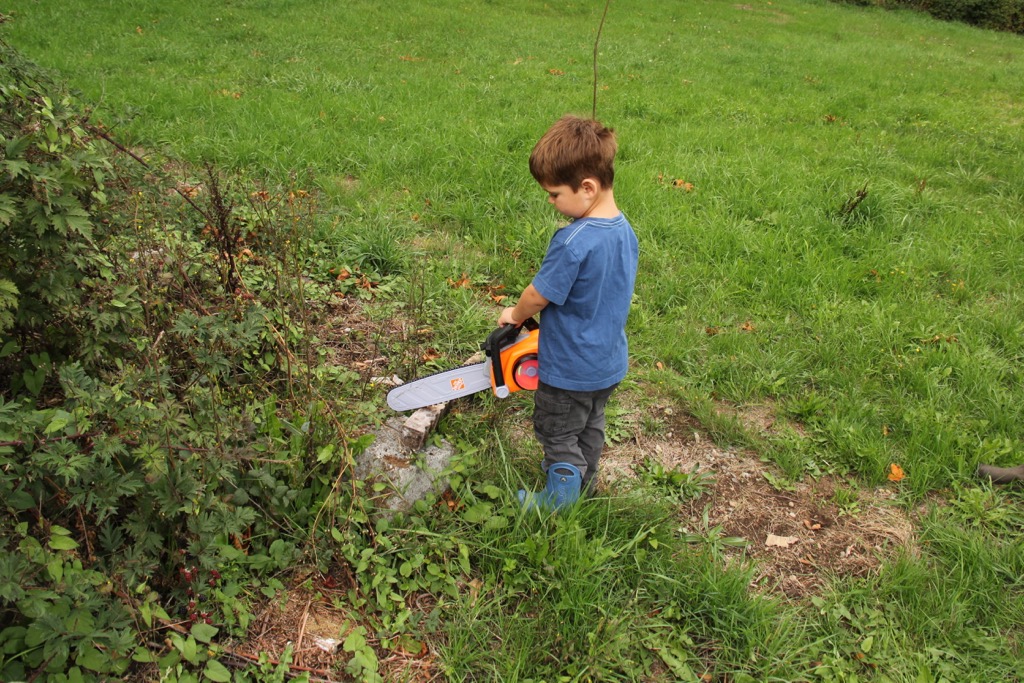 The kids took late afternoon naps the other day, and Gabe and I decided to take them for a walk in an attempt to wear them out before dinner and bath time (hint: it didn’t work). We strolled through our woods and then circled back on the easement road that runs through the far West end of our property. The trees provided a lot of cover from the sun and my camera had a hard time picking up enough light to take clear photos. I hate using the flash, so after a while I just gave up. The photos shown were taken in more well lit areas, but some of them are still kind of fuzzy.

Last summer Gabe found a bear cub that had died. Of what, we don’t know, but by the time Gabe found it, the local predators had already done quite a bit of scavenging.  Gabe picked up the skull, cleaned it and hung it in our barn. After that, we sort of forgot about it. This was the first time we went back to the spot where he found the skeleton, and all that was left were a few rib bones and part of the spine. Sam wanted to take it home with him, but there was no way I was going to traipse through the forest with a dead bear cub spine in my jacket pocket, so we convinced him to leave it where it was. Boys.

Speaking of boys, Sam was recently gifted (by us) his very own chainsaw as a potty training reward. He carries it with him everywhere and is always “cutting” something. I typically shy away from toys that make noise or require batteries, but bribery seemed to be the only motivation he had for getting himself out of diapers and we were desperate. I have to admit, he looks adorable using it.