A Walk Through The Woods 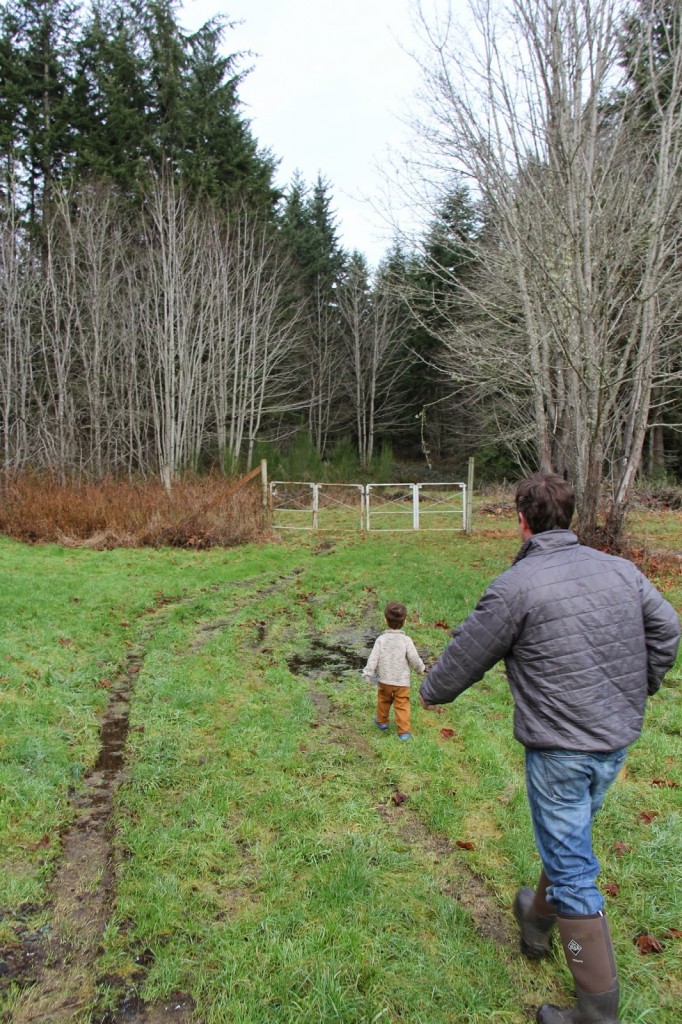 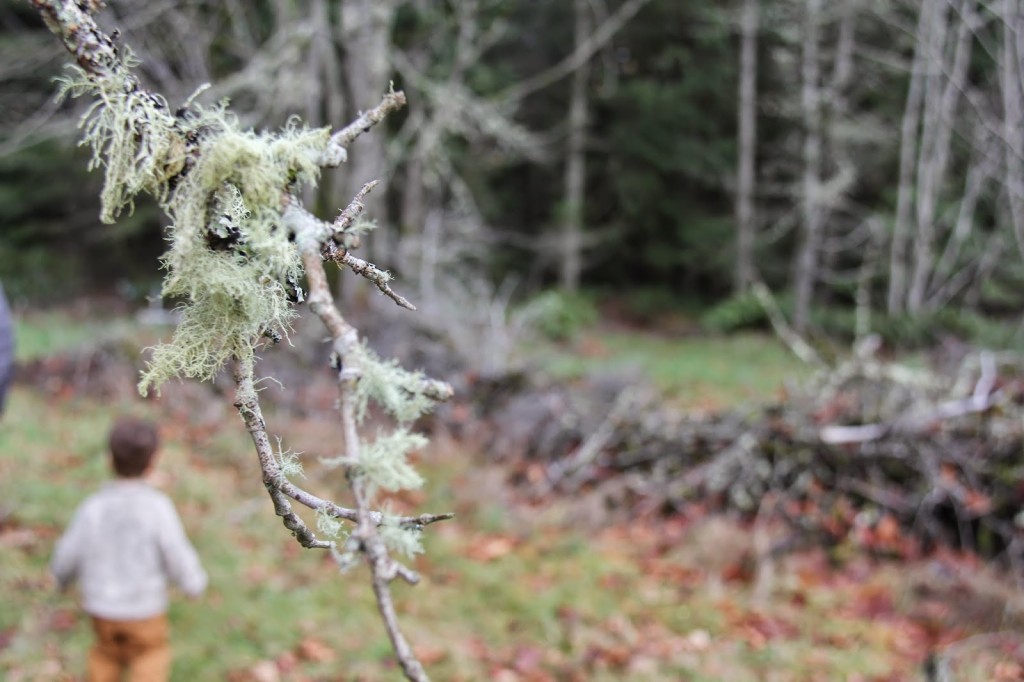 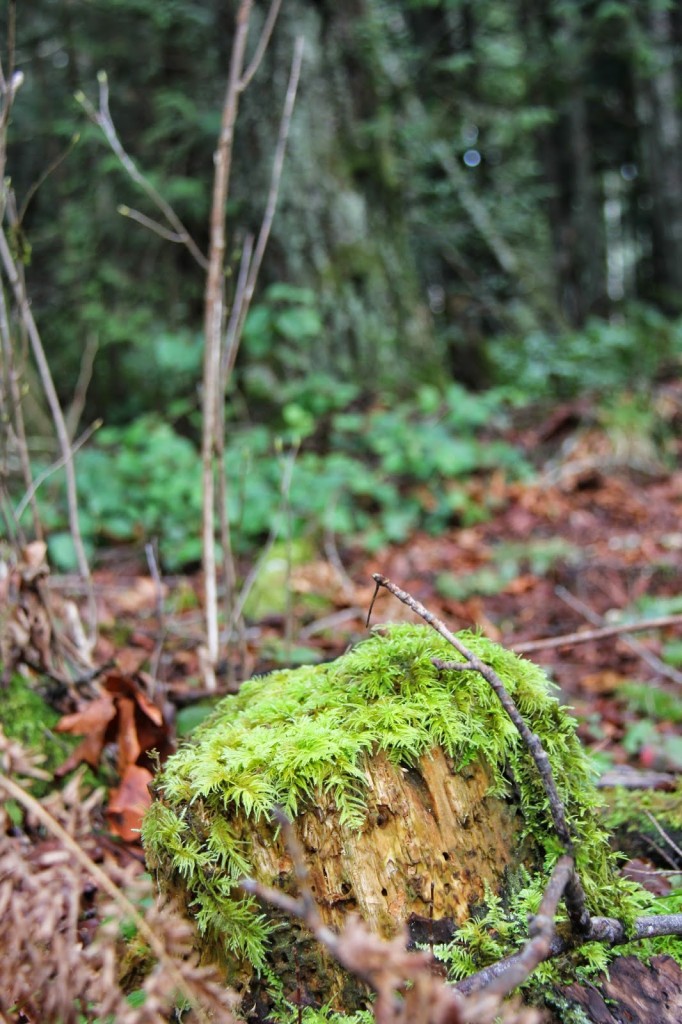 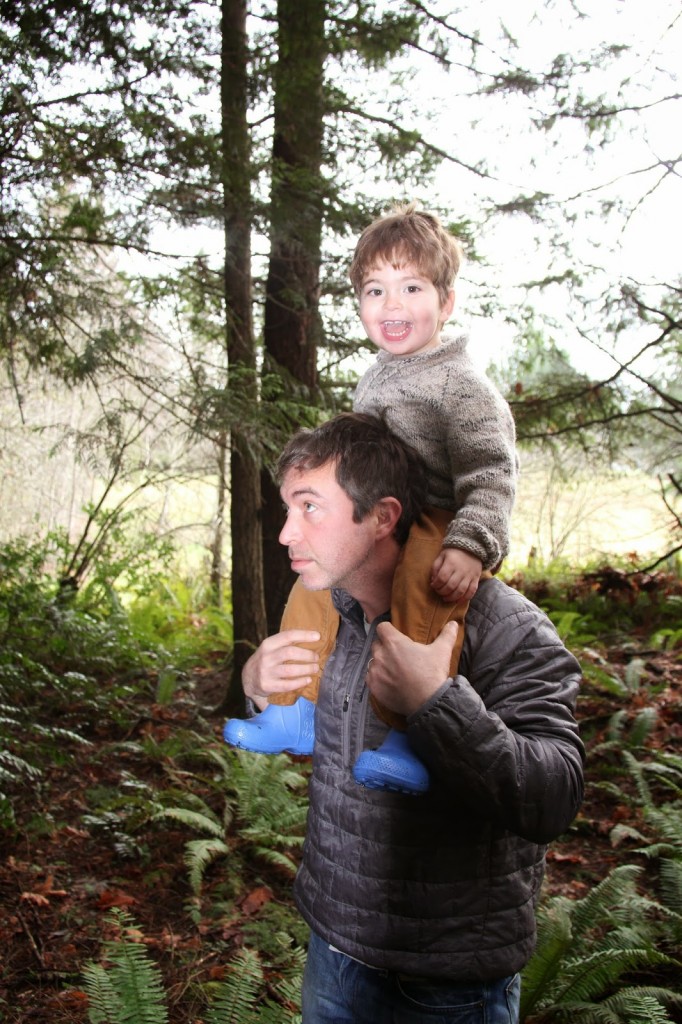 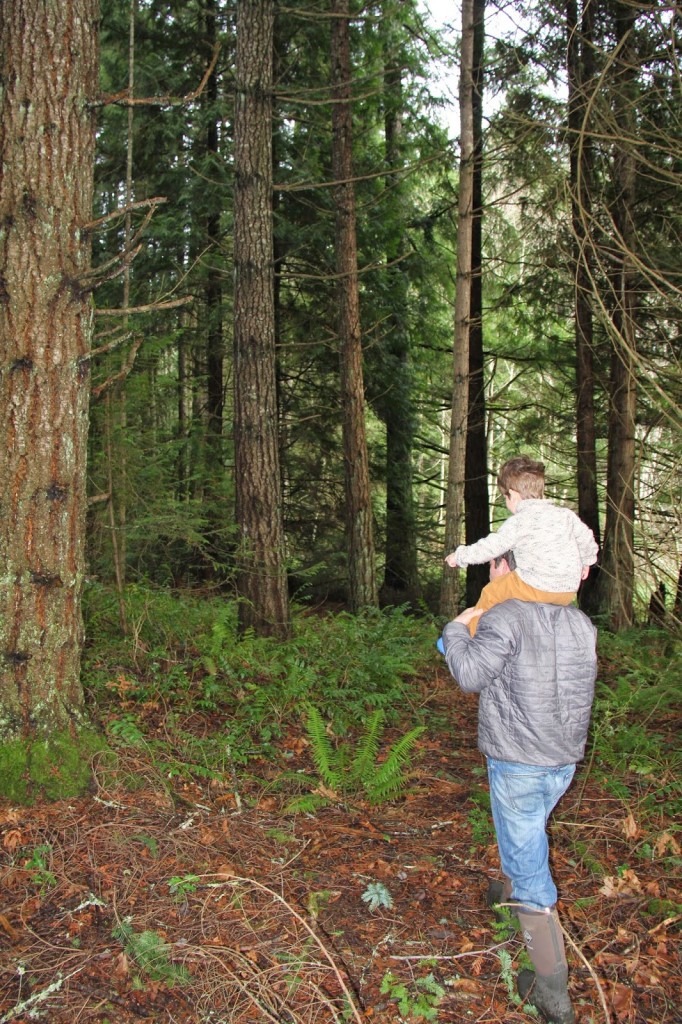 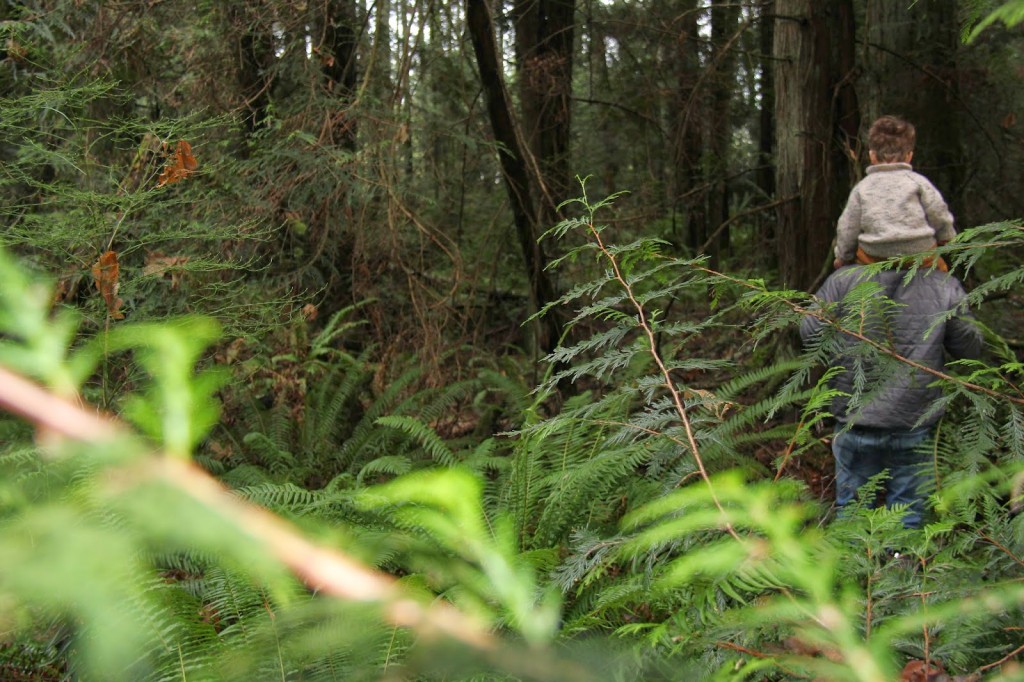 Gabe and I attended a Christmas Party last night and were out until the wee hours of the morning (okay, fine, we were home by 10:00PM), thus we had limited energy today. During Ellie’s morning nap we decided to take a walk through our woods. It’s pretty wet this time of year but warm, with day temperature reaching the mid-fifties. It’s perfect walking weather, when it’s not raining.
We spent a few hours exploring the woods and walking though the pasture. With all the rain we’ve been having, it’s apparent we will have to do something to resolve the drainage issues we have in the middle of the pasture. Gabe thinks a man-made pond will solve the problem but I’m skeptical. A man-made pond is the equivalent to a large muddy hole in my mind. Plus, don’t they attract snakes?
After lunch, Sam took a long four hour nap, and Gabe, Ellie and I slept for a few hours in the afternoon. It was dark when I woke up and instead of scrambling to make dinner, Gabe picked up some Mexican food and we lit the Chanukah candles for the seventh night. Mexican take out is probably not the most traditional of Jewish meals but it was good and I didn’t have to do dishes. That’s a Chanukah miracle in itself.